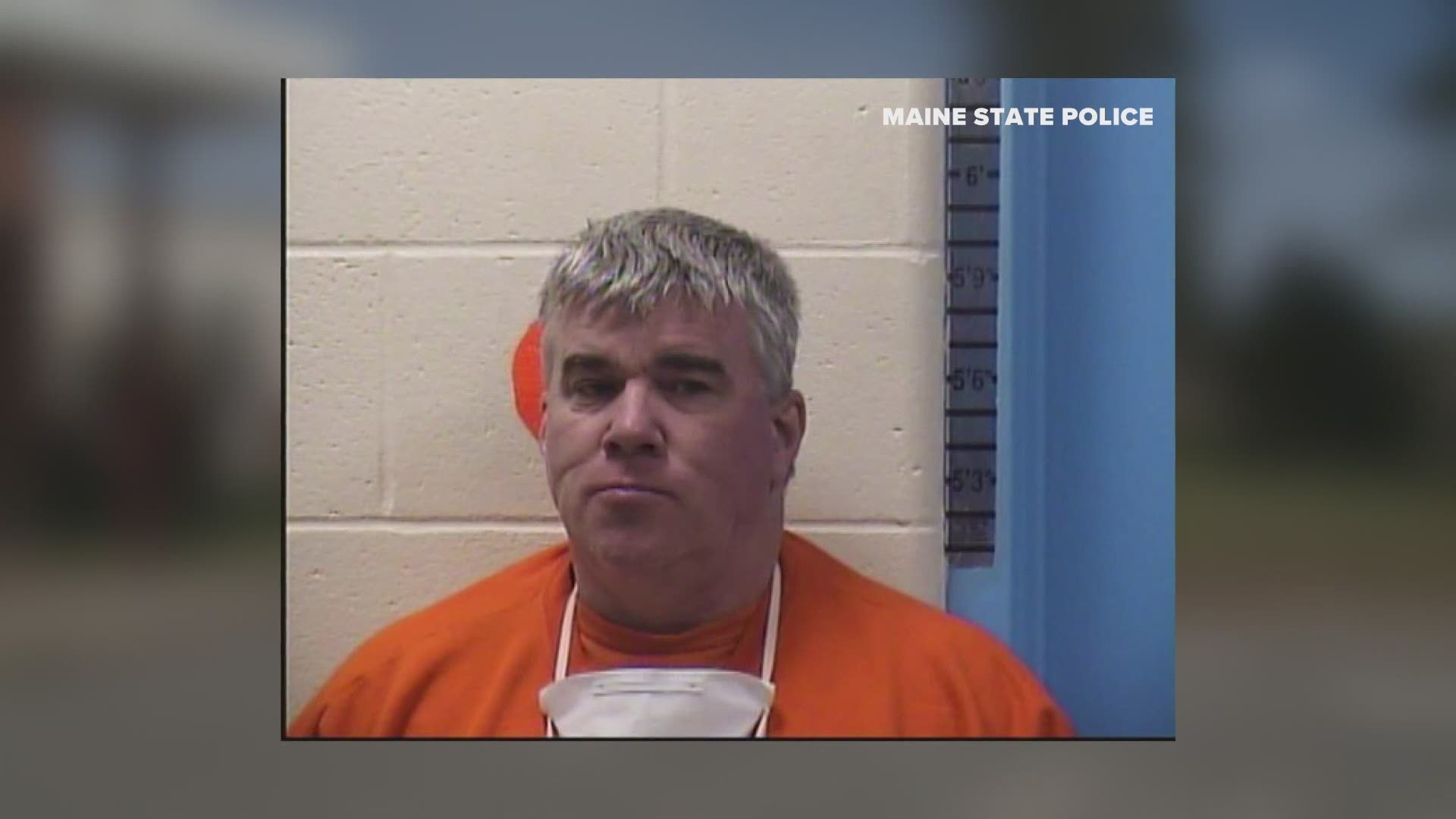 MACHIAS, Maine — A former Calais police officer accused of supplying hydrocodone and fentanyl found at Narraguagus High School in Harrington was back in court Monday to face new charges.

Jeffrey Bishop, 53, of Cherryfield appeared in court by video from the Aroostook County Jail to hear the 35-count indictment.

Bishop is charged with stealing 16 firearms allegedly found at his home, furnishing drugs to a minor, trafficking in drugs, and stealing drugs from the Calais Police Department.

He pleaded not guilty to the charges Monday.

"Given the willingness of this defendant to exploit his official position previously, the state has significant concerns about the integrity of the judicial process," Risler said. "The state also believes that there are concerns as to possible flight and safety of others in the community. As a result, the state would be requesting that the court keep the $100,000 cash bail that was set on the warrant."

Bishop's defense attorney, Chris Largay, argued for a lower bail, which he said would allow him to more easily meet with his client. The judge released Bishop on the $75,000 surety bail set when Bishop was first arrested in February.

Bishop’s bail has several conditions including no contact with any victims and no possession of drugs, alcohol, or firearms.

He is scheduled to appear in court in August.

In a related case, also indicted in Washington County, former law enforcement officer Jamie Denbow is charged with receiving stolen property for a firearm that he allegedly admitted to buying from Bishop and selling to a game warden.

RELATED: Maine Hannaford supermarkets will no longer require masks for those fully vaccinated