Once the flight crew learned that the former Piedmont Airlines employee had entered the airport without authorization, the flight was diverted back to Charlotte. 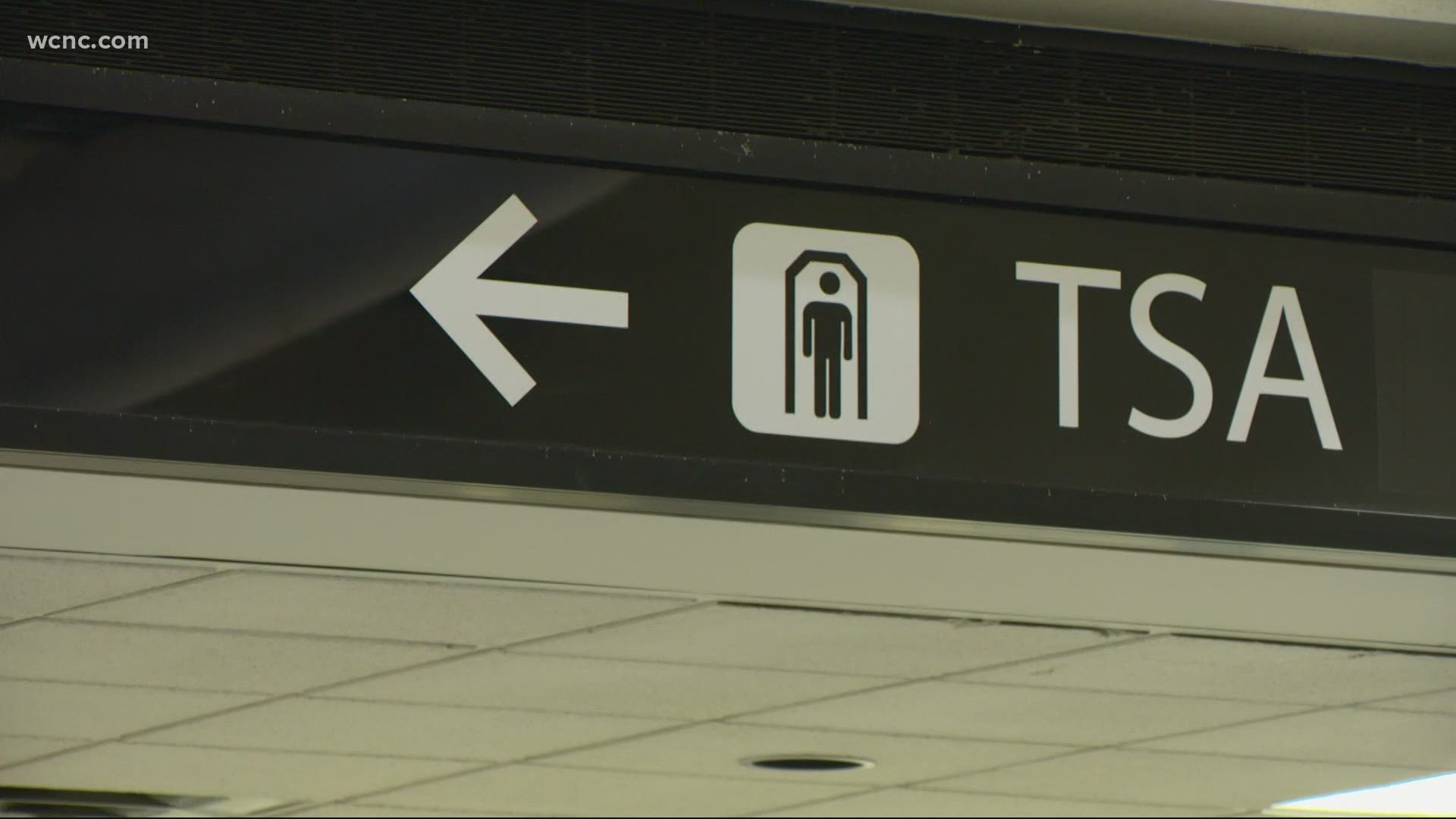 CHARLOTTE, N.C. — A former Piedmont Airlines employee was arrested and charged after breaching security at Charlotte Douglas International Airport Tuesday, according to the Charlotte-Mecklenburg Police Department.

Once the flight crew learned that Wilson had entered the airport without authorization, the flight returned to Charlotte and Wilson was arrested.

Before the flight resumed, CMPD officers and K9s inspected the aircraft to ensure the safety of passengers still on board.

"Earlier today, a former airline employee was observed by a badged employee bypassing the security process and gaining illegal entry to the secure side of the airport," a Charlotte Douglas International Airport media representative said in a statement. "Airport security responded and began a search for an individual.  The individual boarded an aircraft with a valid boarding pass.  The airline was notified and the aircraft returned to CLT where the person was taken into custody.  CLT is working with our law enforcement and airline partners as the investigation continues."

A passenger on this plane says Wilson sat in first class and the crew was doing beverage service when a flight attendant got a call. Then, the captain got the intercom and told everyone to sit down, the passenger says. The plane then started circling until landing back at CLT

"It was just kind of scary," said Anne Gibson, who was on the flight and just a few rows behind Wilson on the plane.

Gibson and her husband, who were married on Saturday, were trying to fly to Cancun for their honeymoon when the incident took place thousands of feet in the air.

"The flight attendant was taking my order for drinks when he received a call from the cockpit," Gibson said.

The flight attendant got on the intercom and told everyone to be seated, according to Gibson.

At first, the pilot said they had to turn around and land because there was something wrong with a flap on a wing of the aircraft, Gibson explained. After circling in the air several times, the plane landed back in Charlotte to a number of emergency crews and police officers surrounding it.

"All of a sudden the doors open and the policemen rush onto the plane. The man (Wilson) was sitting a few rows ahead of us. He was in the first row of first-class, and they said you're under arrest," Gibson recounted.

The ordeal made Gibson anxious as she questioned the security system in place that's supposed to prevent security breaches from happening.

"Why did it take until we were in the air? You know, 10 to 15 minutes in the air, to even realize that this was happening," Gibson wondered. "You know, if it could happen today, could it happen tomorrow?"

After the flight resumed after being searched, passengers landed safely in Cancun.

Wilson has been charged with Trespass Upon Airport Property and has been transferred to the custody of the Mecklenburg County Sheriff's Office. CMPD is now assisting U.S. Customs and Border Protection and the Federal Bureau of Investigation: Joint Terrorism Task Force as they review any possible federal charges.

"American Airlines flight 881 returned to Charlotte shortly after takeoff following reports of a potential security concern. Upon arrival, Charlotte Mecklenburg Police (CMPD) met the flight and escorted one customer off the aircraft. The flight departed for Cancun at 10:40 a.m. with all other customers following a precautionary maintenance inspection and security sweep. For more information, please reach out to the TSA and CMPD."

Anyone with information on this case is asked to call 911 or leave information anonymously with Crime Stoppers at at 704-334-1600 or http://charlottecrimestoppers.com/.