A father in New Sharon waiting to put his 7-year-old on the school bus captures the moment a truck drives past the stopped bus with yellow lights on. 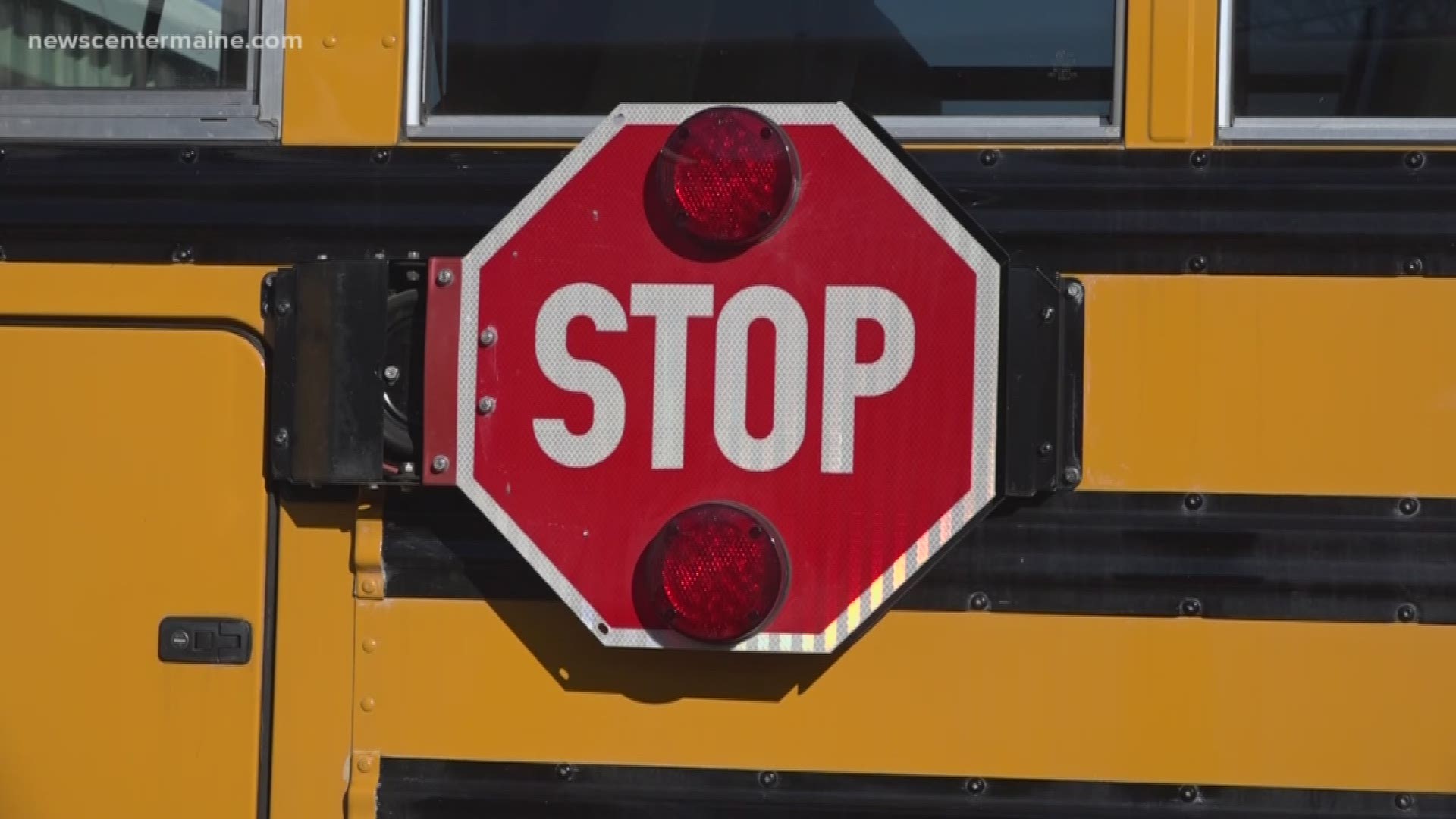 NEW SHARON, Maine — Chris McKay says he was waiting to put his 7-year-old daughter on the bus Friday morning, as he does every Friday, when a truck drove right through the stop, passing a stopped school bus with lights activated.

McKay and his family live on Route 2 in New Sharon near the intersection of Route 27. McKay says just up the road from his driveway the speed limit increases from 40 to 55 mph. His phone is ready to record every morning he puts his daughter on the bus because McKay says they have had several close calls.

On Friday, March 1, after McKay captured the truck driving through the bus stop with the bus lights activated, he called the Sheriff Department.

McKay says Franklin County Deputies came out to his home to get the video and they are looking into the situation.

RELATED: Video shows 2nd grader nearly hit by car as he gets on school bus

RELATED: 'God forbid one of your children or grandchildren gets killed': Bus driver reacts to new penalties bill

As for his daughter. "We can't have her out there alone. It is really sad. I remember getting on the bus when I was a kid," says McKay.

The operator of a vehicle on a way, in a parking area or on school property, on meeting or overtaking a school bus from either direction when the bus has stopped with its red lights flashing to receive or discharge passengers, shall stop the vehicle before reaching the school bus. The operator may not proceed until the school bus resumes motion or until signaled by the school bus operator to proceed.

"The driver didn't break the law today but it was a close call," McKay tells NEWS CENTER Maine. "Inevitably the red lights are coming up next so why not give the kids a break."

While the law was not broken today, McKay says he sees this as an opportunity for legislature.

"I mean right now they're just a warning that the red lights will be coming shortly and they should slow down," McKay says of the school buses yellow lights. "But right now I don't think there's anything law enforcement can do about speeding up for the yellow to get past the bus before the reds come on."

McKay is a truck driver and says from his vantage point in his cab he sees people on their phones all the time just as he does when he is waiting to put his daughter on the bus.

"It's an epidemic!" McKay says.

McKay is hoping by sharing this video he can raise awareness that people need to put down their cell phones and pay attention.