Arrest made in Brunswick airport hit and run

A concerned citizen led Robert Cooper, 22, of Brunswick to the police Thursday. 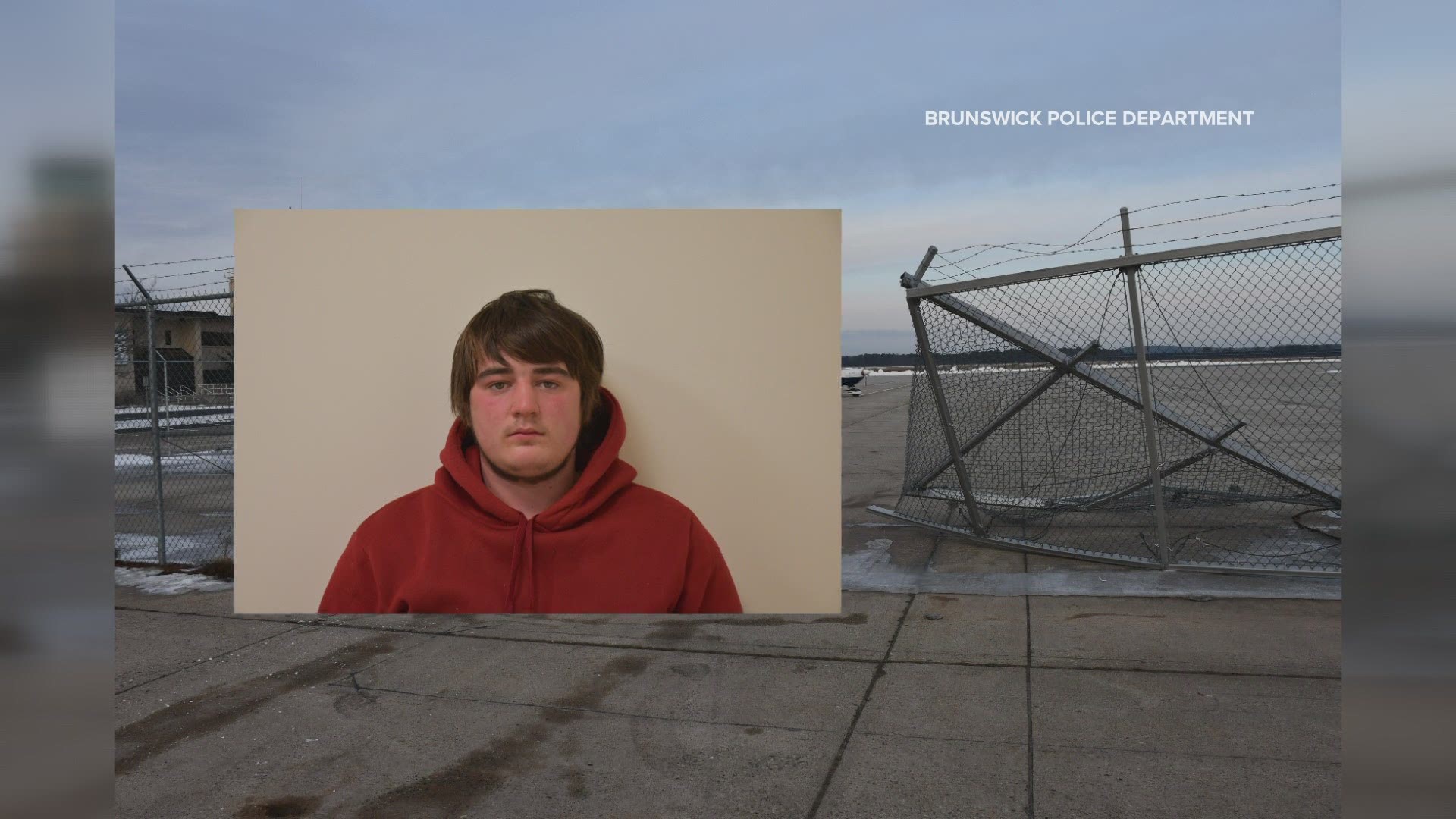 Upon seeing local media attention regarding the incident, a concerned citizen led police to Robert Cooper of Brunswick. Cooper was completely cooperative with the investigation.

Cooper has been charged with Aggravated Criminal Mischief, Criminal Trespass, Leaving the Scene of a Property Damage Crash, and Operating Without a License.  He is scheduled to appear in Cumberland County Superior Court on March 16.

Police say a vehicle crashed through a gate at the Brunswick Executive Airport Wednesday, hitting the nose of a plane parked on the tarmac before striking another fence.

Based on evidence left behind, investigators are attempting to locate a newer Jeep Wrangler with damage to the front end and driver’s side mirror.

If anyone has information on this incident should contact Det John Roma by calling 207-721-4341 or by emailing jroma@brunswickpd.org; or Officer Nick Bedard at 207-721-4381 nbedard@brunswickpd.org.

UPDATE: @Brunswick_PD have arrested 22 yo Robert Cooper in connection with a hit-and-run at @FlyBXM — police say he crashed thru a gate, hit the nose of a plane parked on tarmac, struck another fence, and left. @newscentermaine #NEWSCENTERmaine #maine pic.twitter.com/HO0InYuEZD