Savannah Smith, 22, pleaded guilty to one count of manslaughter in Kloe Hawksley's death. Smith was sentenced to 20 years in prison, all but 10 years suspended. 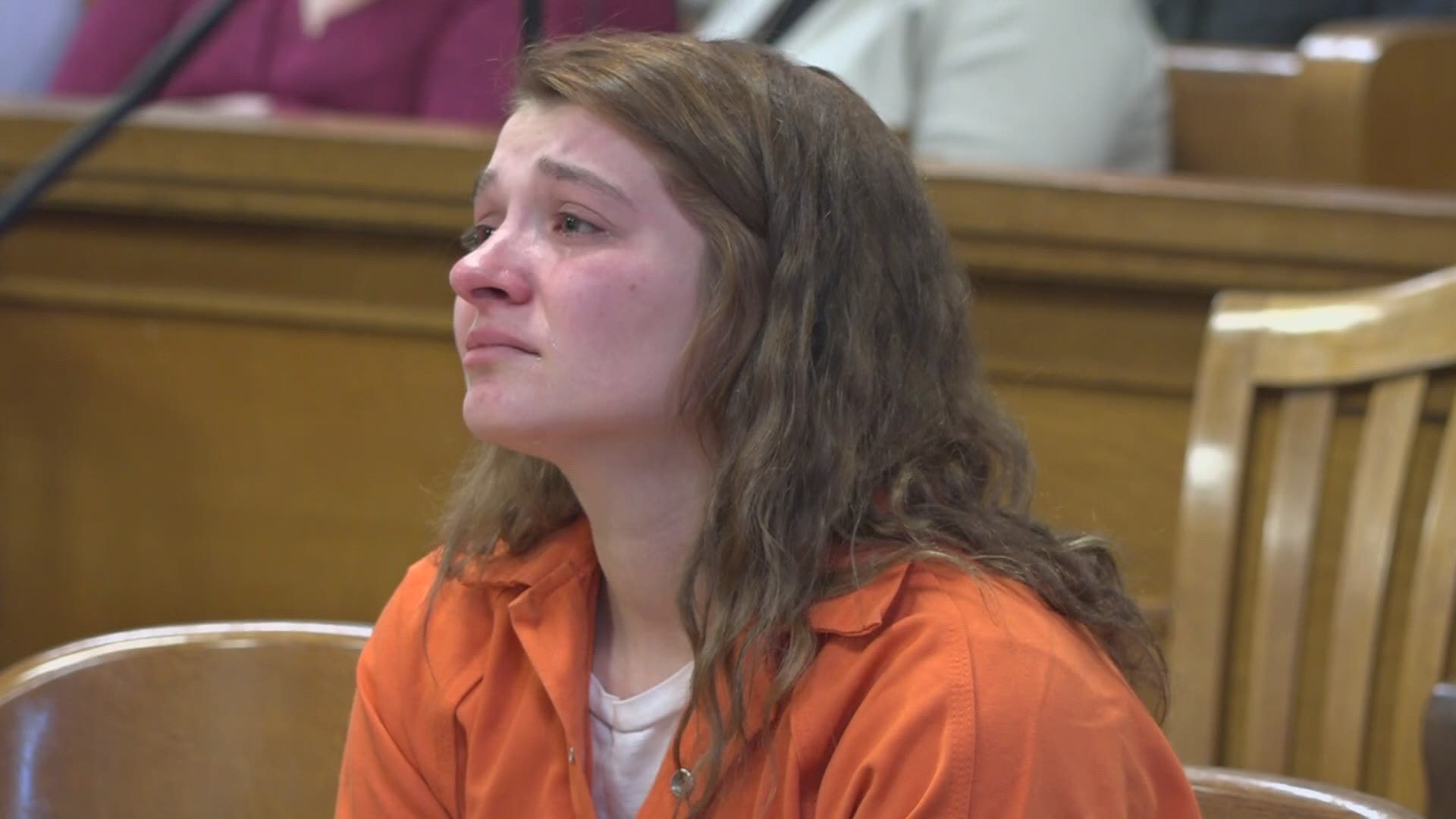 Savannah Smith, 22, was sentenced to 20 years in prison, all but 10 years suspended with four years of probation.

Smith was originally charged with murder and was arrested in April 2019.

Kloe was found dead inside of a home at 264 Central Street in Bucksport on October 18, 2017 after a 9-1-1 call regarding an unresponsive child. Smith was the partner of Kloe's father, Tyler Hawksley.

The cause of death was determined to be blunt force trauma of the torso with multiple organ lacerations, Maine Assistant Attorney General Leanne Robbin said.

The state medical examiner's office said Kloe died four to six hours before first responders found her. She was reportedly injured four to ten hours before her death.

According to The Ellsworth American newspaper, Robbin argued Kloe was the victim of "repeated physical abuse."

The Ellsworth American reports Smith addressed the court on Thursday, saying, "I’m sorry for the role I had in what happened. I can’t take back anything I did or didn’t do. I am hurting as well. I recognize why they’re hurting the way they are.”

A condition of Smith's probation is that she have no contact with children under the age of 10 except for her nieces and nephews under the condition that the children initiate contact and a guardian approves, according to the Ellsworth American.