Buckfield man remains in jail on $50,000 bail for the death of his infant daughter

Prosecutors accuse Trevor Averill of 'depraved indifference' in the death of his infant daughter. Averill will remain in Androscoggin County Jail awaiting trial 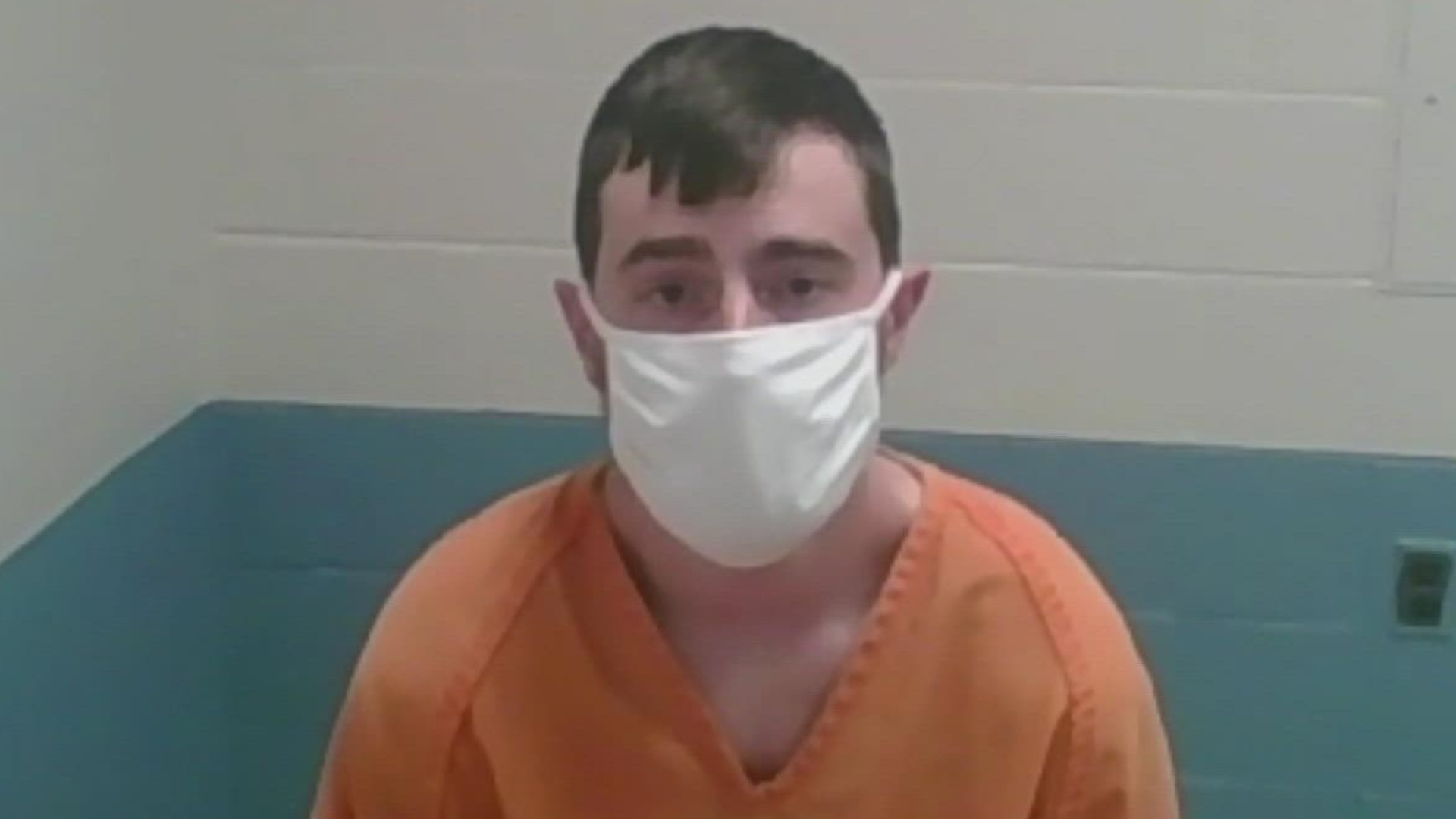 AUBURN, Maine — A prosecutor alleges that 2-month-old Harper Averill, whose father is charged with murder, suffered injuries consistent with shaken baby syndrome. But an attorney for Trevor Averill, the child's father, said the state's case against him is "circumstantial at best."

Averill pleaded not guilty Friday to depraved indifference murder, and his bail was set at $50,000.

According to the prosecutor in the case, Assistant Attorney General Lisa Bogue, the investigation began in July 2020 after Androscoggin County sheriff's deputies were called to a home in Turner to report an infant in medical distress.

Bogue told the court, the day before Harper's death, life seemed normal. Harper had spent time with family members and returned home on the afternoon of July 21, 2020. Bogue said Harper's mother returned home, fed her, and put her to bed around 9 p.m.

When first responders were performing CPR, according to Bogue, they noticed bruising on Harper. Bogue said Harper was examined at Maine Medical Center by child abuse expert Dr. Amanda Brunell.

According to Bogue, "the most significant findings (by Dr. Brunelle) were she did present with other injuries, other than the most acute injury that was an acute head trauma…consistent with either violent shaking, with or without contact, the child had a fracture to her skull. She had hemorrhaging in her brain, hyperextended injury to her spine. Those were the most acute that ultimately contributed to her death. But Dr. Brunell thought the child exhibited other signs of child abuse, including healing fracture to her ribs, as well as an oral injury to her frenella, which suggests some trauma to the baby's mouth. That wasn't particularly aged, but the healing fracture was put at about 10 days prior to when she was observed."

Bogue added, "we also have autopsy information more details about the traumatic brain injury, retinol injuries in her eyes… so this was a very violent event that occurred to this child. The child was presenting normally to every witness account until after she was alone with the defendant."

Bogue told the court that Averill denies causing any injuries to Harper. Bogue alleges Averill did admit to grabbing Harper in a way that matched the rib injuries in the medical examinations.

Wilson argued that Averill has been working and living his life. Wilson said, "he was aware of the investigation and did nothing but he continue to work, live in the area, did not flee." Wilson argued with Averill's supportive family, strong local ties, he should be released on "an amount that's attainable – that's 5k cash, or 50k unsecured, to guarantee that he remains in the area."

The judge in the case, Justice Steward Harold II, asked Bogue if the state would consider lowered bail, Bogue said no.

Averill remains in the Androscoggin County Jail on $50,000 bail.  Averill could face life in prison on the murder charge and 30 years for the manslaughter charge if found guilty.