James Prescott is currently being held at the Cumberland County Jail with no bail allowed. 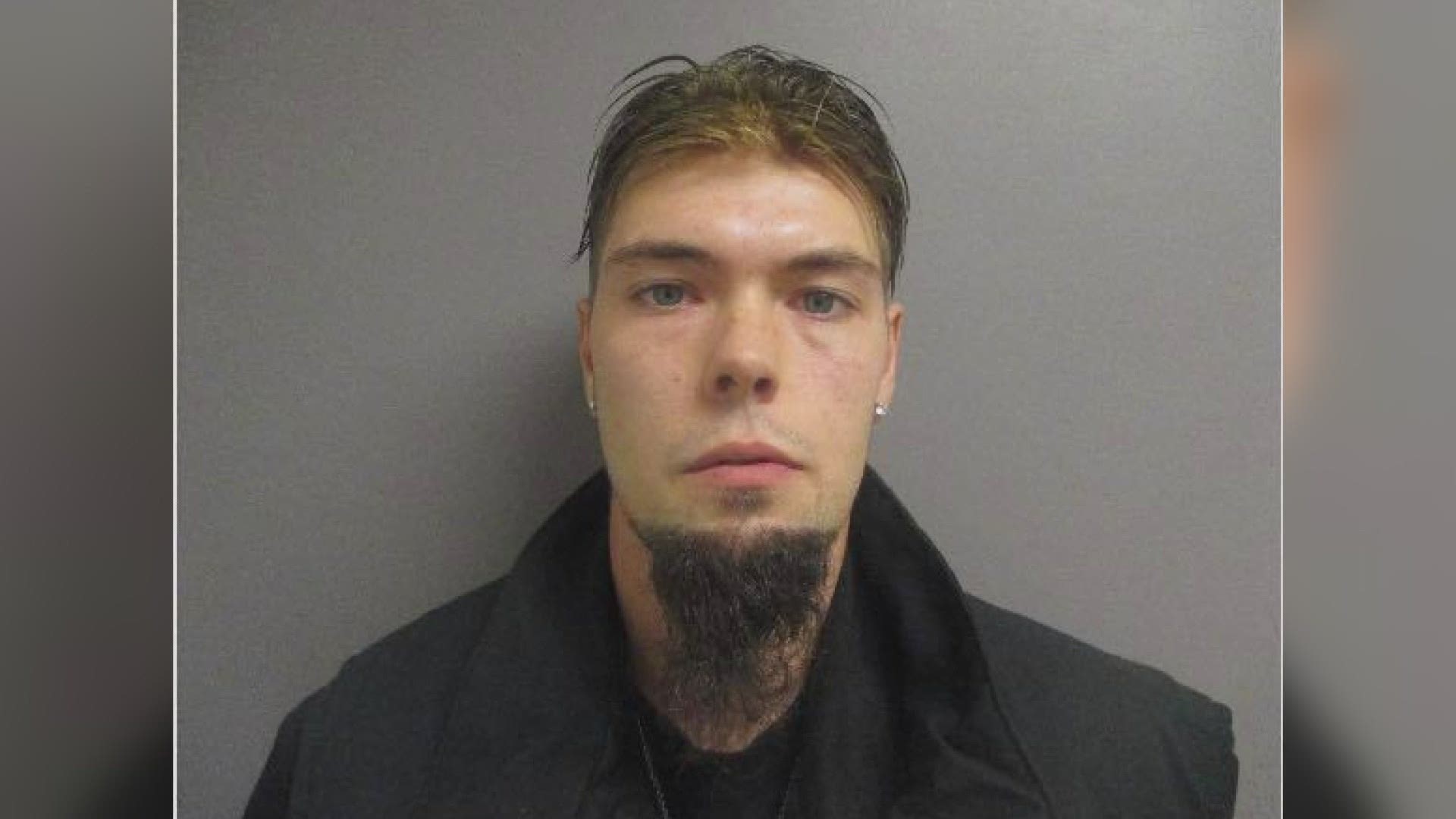 TOPSHAM, Maine — A Brunswick man is facing multiple charges after allegedly burglarizing a vehicle involving the theft of a gun.

At 6:34 a.m. Tuesday, the Brunswick Police got the call and then sent offers to the scene. Once there, they learned witnesses saw a suspect in the area who was last seen heading over the Frank Wood Bridge into Topsham.

The Topsham Police Department was contacted and sent three officers to help in locating the suspect. Topsham Officers found the suspect on Summer St. and apprehended him without incident.

James Prescott, 28, of Brunswick, was arrested and charged with Burglary of a Motor Vehicle, Theft by Unauthorized Taking or Transfer, Possession of a Firearm by a Prohibited Person, Violating Conditions of Release, Violation of a Protection Order and he also had a previous warrant for his arrest.

Prescott is currently being held at the Cumberland County Jail with no bail allowed.