FBI names Brian Laundrie a person of interest in Gabby Petito murder case, but he's still not a suspect. What's the difference?

Brian Laundrie is a person of interest in the Gabby Petito case, but that term doesn't actually mean anything legally. 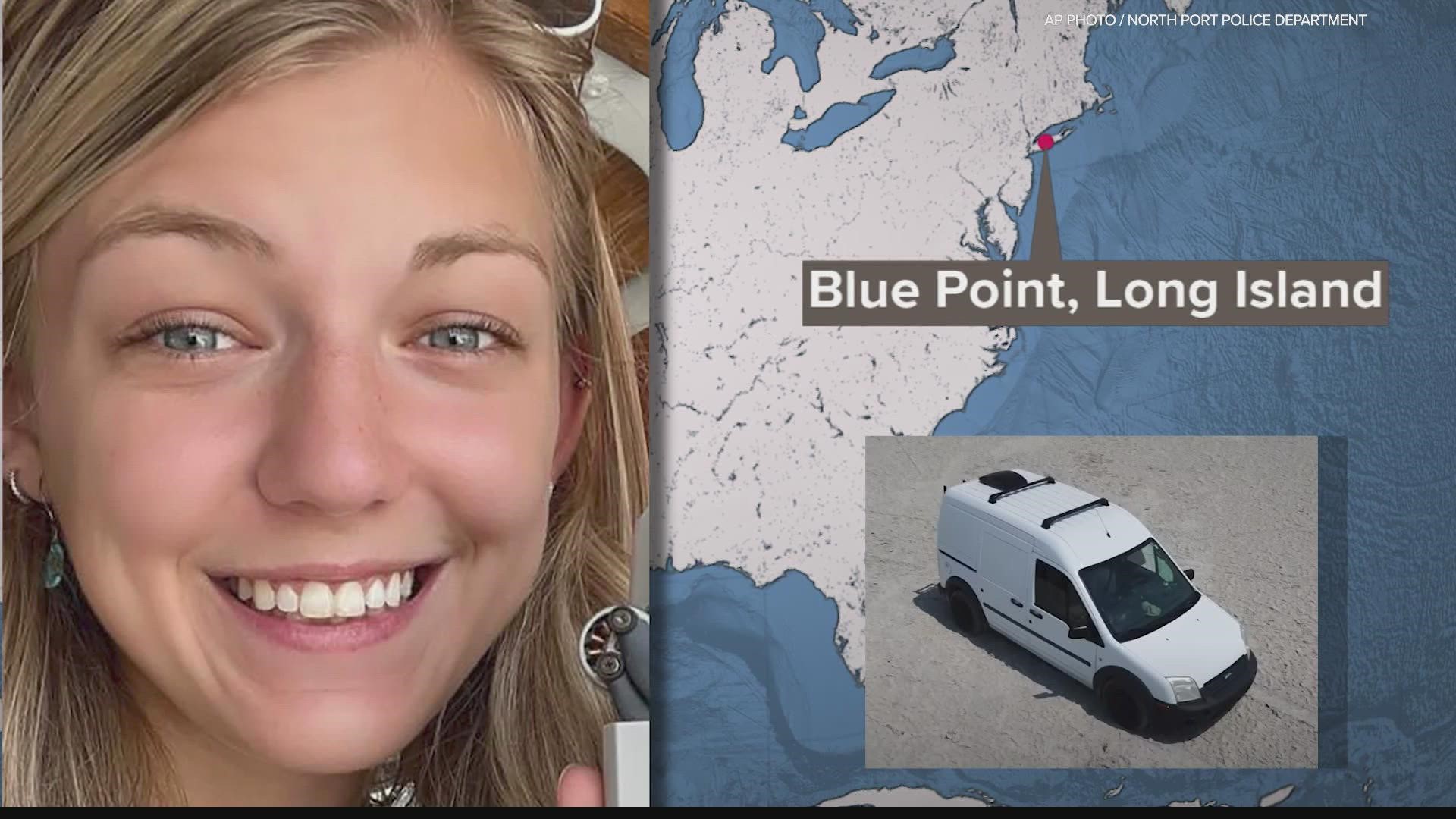 INDIANAPOLIS — The FBI announced Wednesday that Brian Laundrie is a person of interest in the murder of his girlfriend, Gabby Petito, after partial human remains were found in an area of the Carlton Reserve in Sarasota County, Florida.

(NOTE: The above video was posted September 17, 2021, prior to the discovery of Petito's body.)

They also found items, including including a backpack and a notebook, all in an area that had been underwater until recently, FBI Special Agent in Charge Michael McPherson said.

Petito was killed by another person through manual strangulation, a coroner concluded, while also confirming that the human remains found recently at a national park in Wyoming were those of the 22-year-old woman who disappeared months after she set out on a cross-country road trip with her boyfriend, the FBI said Tuesday.

On social media, folks now have lots questions about that boyfriend, Brian Laundrie, 23, who has been missing for weeks.

A big one stands out - why are authorities referring to Laundrie as a person of interest, not a suspect, even as they conduct public searches for him?

According to U.S. law, "person of interest" has no legal definition.

It's sort of a catch-all term law enforcement can use to describe someone they want to speak with over the course of an investigation.

Police may be suspicious of that person, but they don't have the necessary evidence they need to charge them with a crime.

People aren't sure when the term became popular, but it did increase after investigators named Atlanta security guard Richard Jewell as potentially responsible for the Olympic Park bombing in 1996. He was later cleared, sued, and won thousands on the claim that his reputation was ruined.

A "suspect," however, is a legal term, meaning someone who is formally announced as being under investigation by authorities, and is someone they consider suspicious.

There is a probable cause, actual evidence, for the arrest. Once authorities declare someone a suspect, they must read them their "Miranda rights," which lets the person know any statements or admissions can and will be used in a court of law.

Laundrie was reported missing by his family on Sept. 17.

Police have been focused on that area throughout the duration of the weekslong search for Laundrie, combing through the 24,000-acre Florida nature preserve through much of September without success.

Investigators had focused intently on the area after Laundrie’s parents told police he may have gone there. The Laundries recently went to the Myakkahatchee Creek Environmental Park to search for their son.