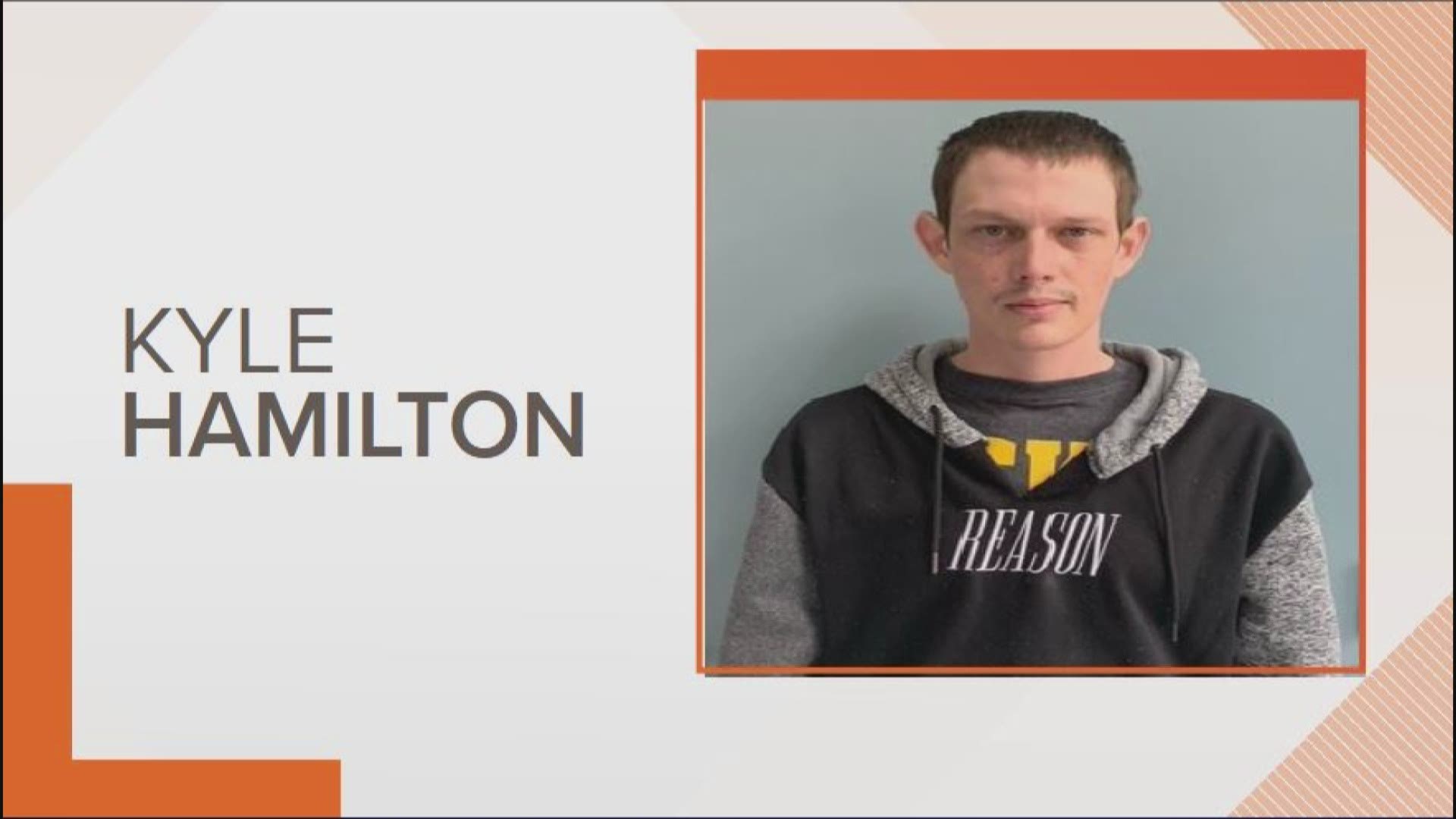 STANDISH, Maine — A Bonny Eagle High School custodian was charged with a misdemeanor Wednesday after allegedly setting up a cell phone to record two girls changing clothes in a school bathroom.

According to Cumberland County Sheriff's Department, the two girls went into the bathroom to change their clothes after a sports practice on Tuesday. They noticed what appeared to be a damaged ceiling tile near one of the bathroom stalls and what looked like a cell phone positioned to capture them in the stalls. After some investigation of their own, the girls reported the incident to their parents who school officials, and law enforcement.

The Sheriff’s Office launched a criminal investigation Wednesday and found that custodian 28-year-old Kyle Hamilton of Biddeford, allegedly hid in a ceiling space and secretly video-recorded the girls while they changed out of their sports attire and into regular clothing.

As a result, Hamilton was charged with a Class D misdemeanor crime of Invasion of Privacy.

He was interviewed by law enforcement Wednesday and was subsequently issued a summons to appear in court. Hamilton was issued an August arraignment date in Bridgton District Court.

The case remains under investigation while investigators examine other evidence associated with this case.

But many Mainers say they are upset that only an Invasion of Privacy charge, which is a class D misdemeanor, was leveled against Hamilton. They feel the charge does not fit the crime and a more serious charge is warranted.

Capt. Donald Foss with the Cumberland County Sheriff’s Department agrees with them. He is frustrated that the Invasion of Privacy charge is the only charge under Maine law that is applicable in this case.

“We could not even arrest him,” Foss said. “We had to issue a summons.”

Unless the legislature changes the law, a misdemeanor will continue to be the only way to prosecute these types of cases. Still, if convicted, Hamilton could face 364 days in jail and a $1,000 fine.

Foss said the case is still under investigation.

“There was definitely no history that would have indicated, you know, such a thing,” Penna said.

All schools in MSAD6 are now assessing access points to changing areas. Penna said, “All of a sudden you have to think about things differently you start thinking about your access points and locker room accesses and bathroom accesses.”

“I do want to know where we have any other vulnerabilities potentially throughout the district to make sure you send that message of security,” he said.

“They took action on their emotions and feelings and their gut instinct,” he said. “We had two students really take a position that this is something strange and they were right. They followed their instincts and did the right thing and reporting to their parents and getting to the administration.”

“I always say to students, ‘You are [the] best security. I can have cameras, SROs, but there are more of you than of us and what you see, hear, and feel—I any of those things are very important.’”

Penna said the victims, in this case, are doing OK but they have a lot to process.

“It’s the weirdness of this happening and being a victim of that sort of thing and then being the person in the middle of how you report and when do you report,” he said. “They did the right things in alerting the school community to protect other potential victims so we’re really proud of them for that."