Police say Garret Lucey made bail Sunday morning, then was arrested about an hour later in the York County Jail parking lot 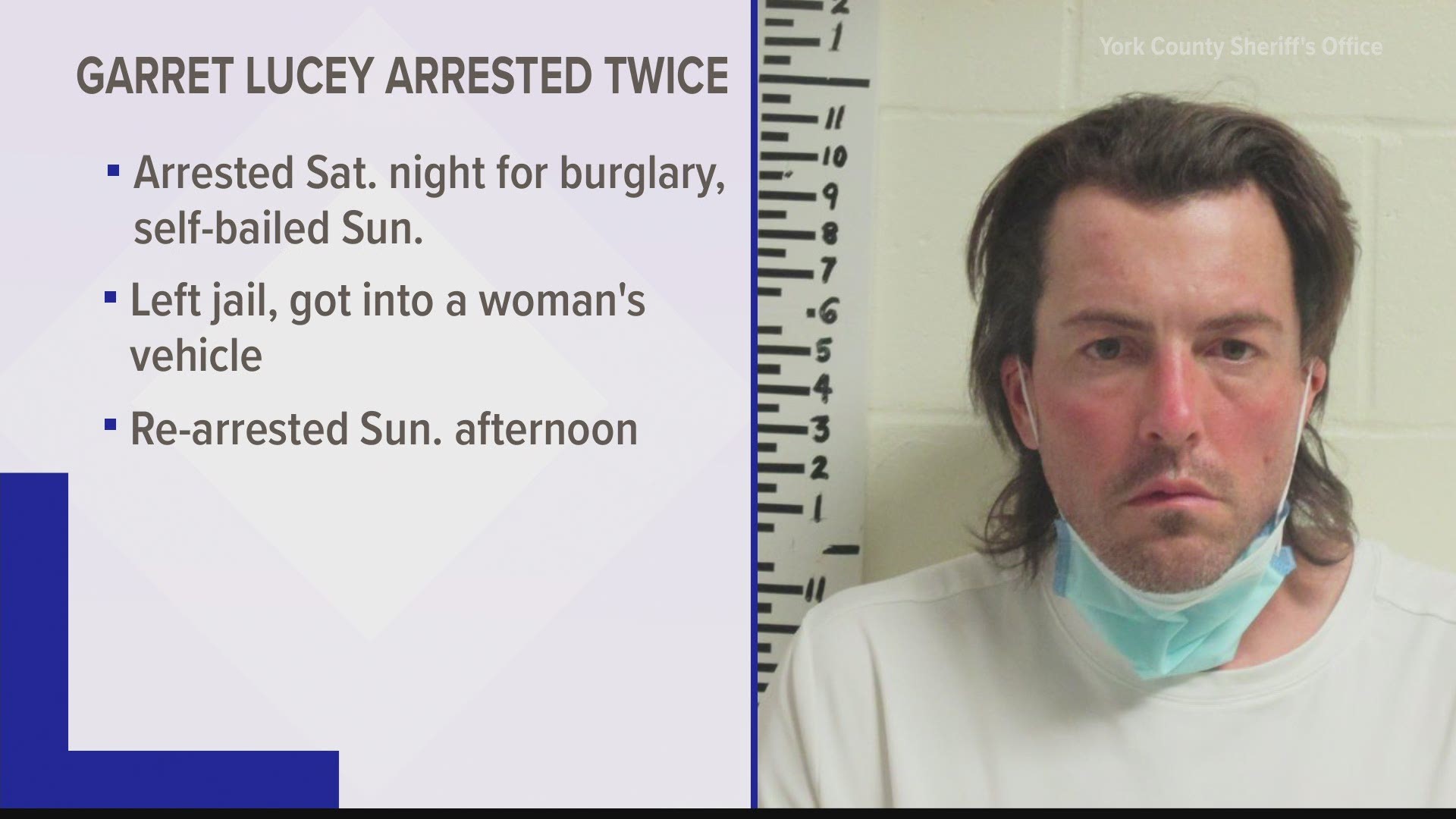 YORK COUNTY, Maine — A man from Biddeford was arrested twice in less than 24 hours on Sunday.

Police then responded to the jail parking lot at around 12:30 p.m. Sunday afternoon. After an investigation, police found Lucey left the jail after posting bail, and got into another woman's car that was parked in the York County Jail parking lot.

Police say Lucey was smoking a cigarette he had found in the car, while holding the woman's wallet that was also in the car. When the woman tried to get her stuff, she was pushed away.

Lucey was then arrested in the jail parking and charged with Burglary of a motor vehicle, Theft, Assault, Violating Conditions of release, and Refusal to sign the summons

Each charge carries a $100 bail so Lucey must post $500 to be released. Police say if he does not post bail, he will remain in jail until he is arraigned on Tuesday.