Thorin Smith, 20, has been charged with leaving the scene of an accident, illegal use of drug paraphernalia and illegal possession of alcohol by a minor. 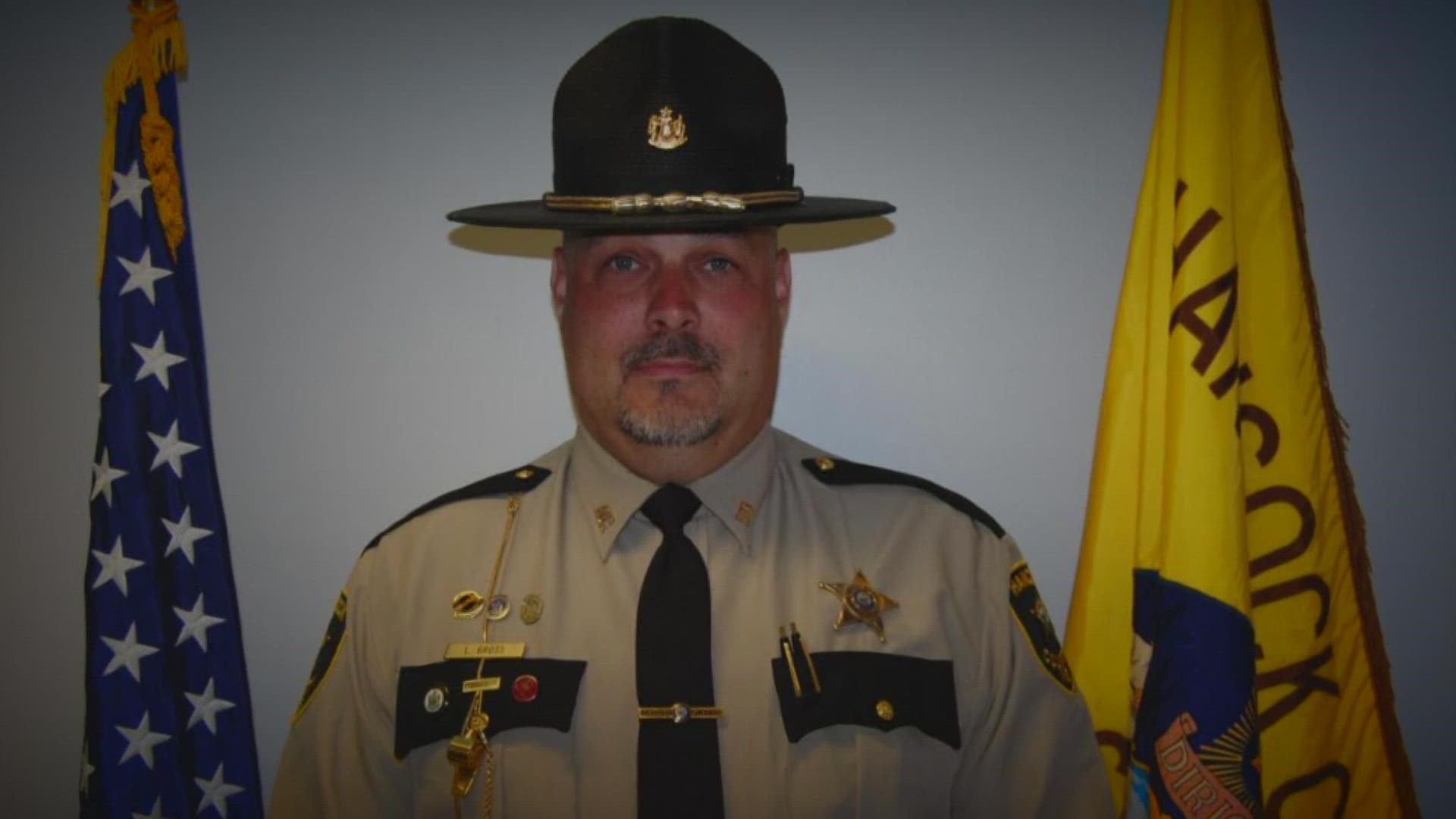 TRENTON, Maine — A 20-year-old man from Bar Harbor fled the crash scene that Hancock County Sheriff's Deputy Luke Gross was responding to when he was hit by a vehicle and killed Thursday morning, according to a release from Maine Department of Public Safety spokesperson Shannon Moss.

Thorin Smith has been charged with leaving the scene of an accident, illegal use of drug paraphernalia, and illegal possession of alcohol by a minor.

Moss said Gross, 44, was called to the scene of a crash on Route 3, near the Ellsworth-Trenton town line, around 4:30 a.m. Thursday. When he arrived, he found that the driver of the crashed vehicle had fled the scene.

Gross parked his cruiser in the westbound breakdown lane with his emergency lights activated to investigate the crash and, according to Moss, he was "wearing a high visibility traffic vest" when he got out of his cruiser.

Gross was picking up debris from the road when he was hit from behind by a small pickup truck around 5:15 a.m., according to Moss. He died from his injuries.

The driver of the pickup truck has been fully cooperative with the Maine State Police Department's investigation, Moss said. No charges are expected at this time, according to Moss, and officials have not released the driver's identity.

Around 9 a.m., Smith was located a short distance away on Route 3. Moss said he was sleeping in his car when Maine State Police officials found him.