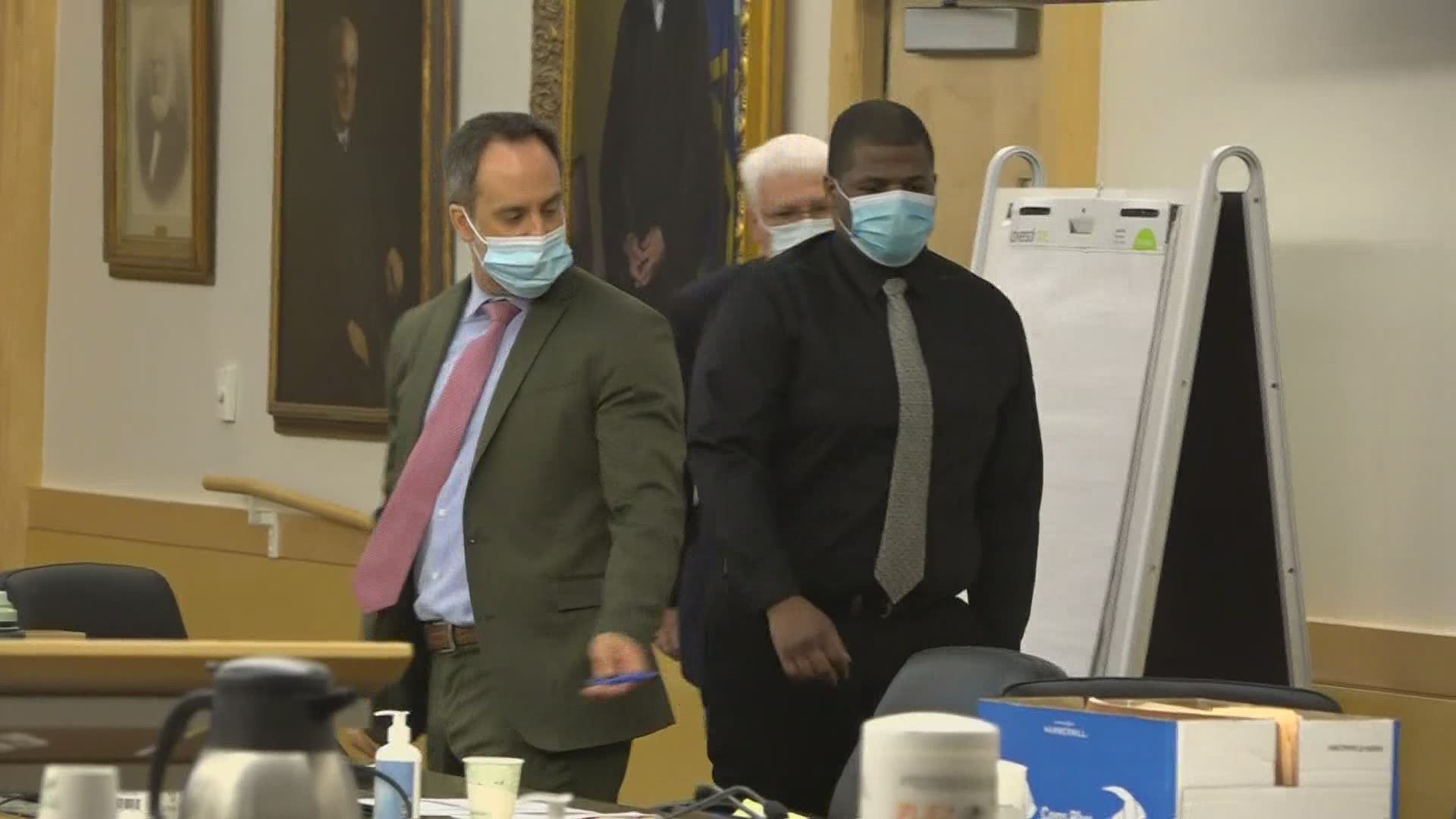 BANGOR, Maine — After about three hours of deliberation over two days, a jury on Tuesday found 36-year-old Rayshaun Moore guilty of murder in the Feb. 1, 2020, death of Demetrius Snow.

Snow, 25, was stabbed during a fight with Moore in a parking lot on Harlow Street in Bangor. He died from those wounds at a local hospital.

During a trial that lasted just more than a week, Moore’s defense attorney, Hunter Tzovarras, suggested an alternative suspect theory.

Assistant Attorney General Lisa Bogue, who prosecuted the case, said she was pleased with the verdict.

“I’m just glad they were able to focus on what we believe to be the real evidence and again and not the distractions that were suggested," Bogue said. “Obviously, then, the video was an important piece of evidence and they did request to look at it a couple of times, and you know that’s where this investigation started and that’s where this case finished and so we’re very happy.”

"We are so happy that we have justice for him and we can move on from this and heal as a family," Snow's family said in a text message sent to the Office of the Attorney General and shared with NEWS CENTER Maine.

A sentencing date for Moore has not yet been scheduled.

35-year-old Rayshaun Moore of Bangor has been found guilty of murder at the Penobscot County Courthouse. Moore was accused of killing 25-year-old Demetrius Snow on February 1, 2020. It took the jury about 3 hours to come up with the verdict. ⁦@newscentermaine⁩ pic.twitter.com/5UvUlzLpjg