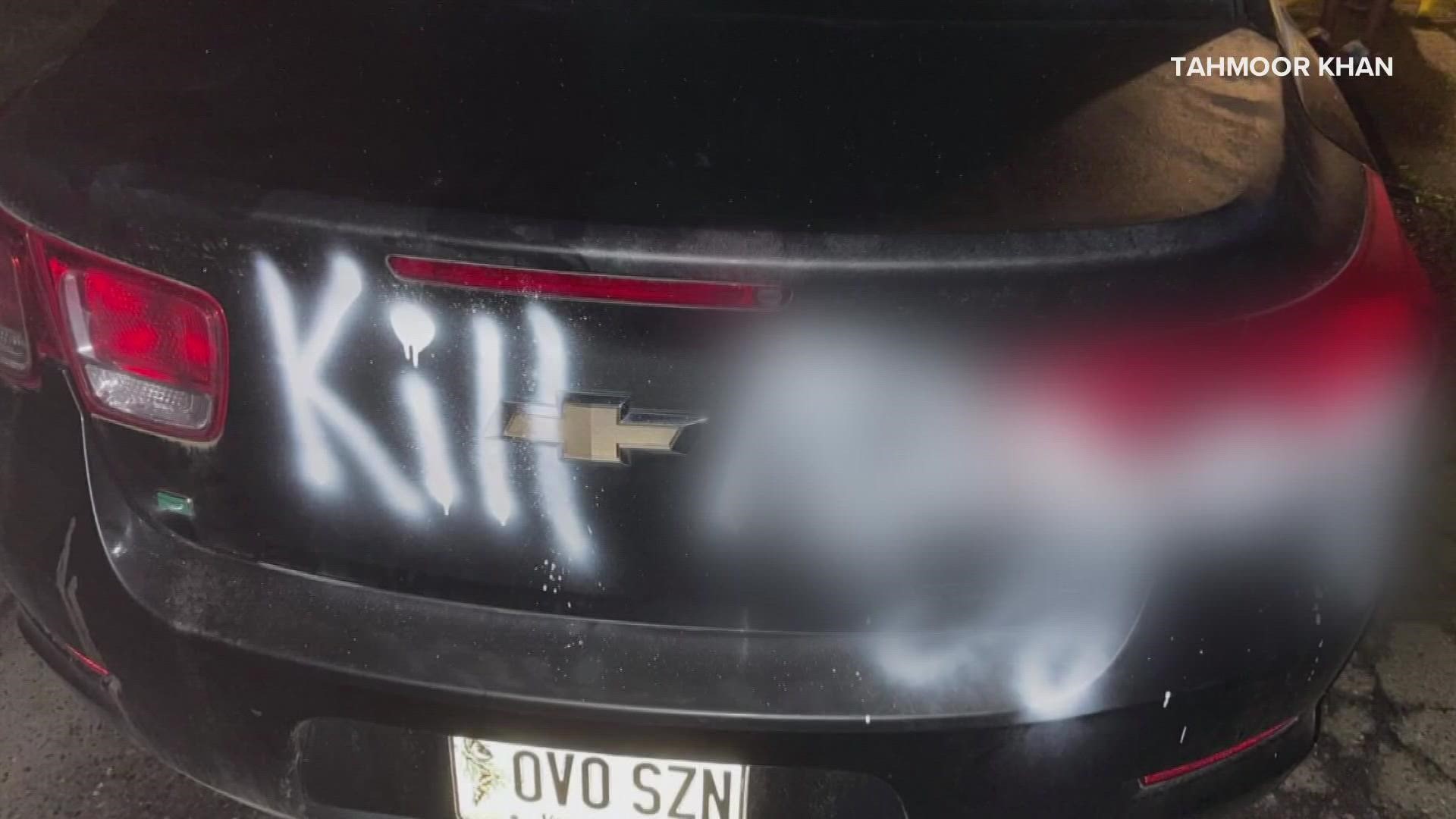 BANGOR, Maine — Editor's note: This story was originally published saying the victim of this incident filed the company. That is incorrect. The Attorney General's office filed the complaint.

WARNING: This story includes racist language that is a direct quote taken from the AG's Office complaint. NEWS CENTER Maine is not using the teenagers' names because they are minors.

A Bangor man has filed a complaint under the Maine Civil Rights Act against two 15-year-old girls for an alleged hate crime that happened August 20.

According to the complaint, Tahmoor Khan, who is a Pakistani-American, alleges the girls spray-painted his car with racist language, including "KKK."

One of the teens also went back to Khan's house on or around August 27 and verbally harassed him, the complaint said.

The complaint requests an order prohibiting the teens from having any contact with Khan and from violating the Maine Civil Rights Act in the future.

“It is unconscionable when we learn that an individual is subjected to threats of violence or property damage based on the color of their skin. The egregious racist messages on the vehicle victimize not only the property owner, but all people of color in the Bangor community and across the state,” Attorney General Aaron M. Frey said in a press release.

The Maine Civil Rights Act authorizes the Attorney General to bring an action against any person who uses physical force or violence, the threat of physical force or violence, property damage, or the threat of property damage against another person motivated by bias against the other person’s race, color, religion, sex, ancestry, national origin, physical or mental disability or sexual orientation. A knowing violation of an order issued under the Civil Rights Act is a Class D crime punishable by up to 364 days in jail and a $2,000 fine.