Police say they found a large quantity of crystal meth with an estimated street value of $14,000, as well as a large amount of cash in Kawon Walker's backpack 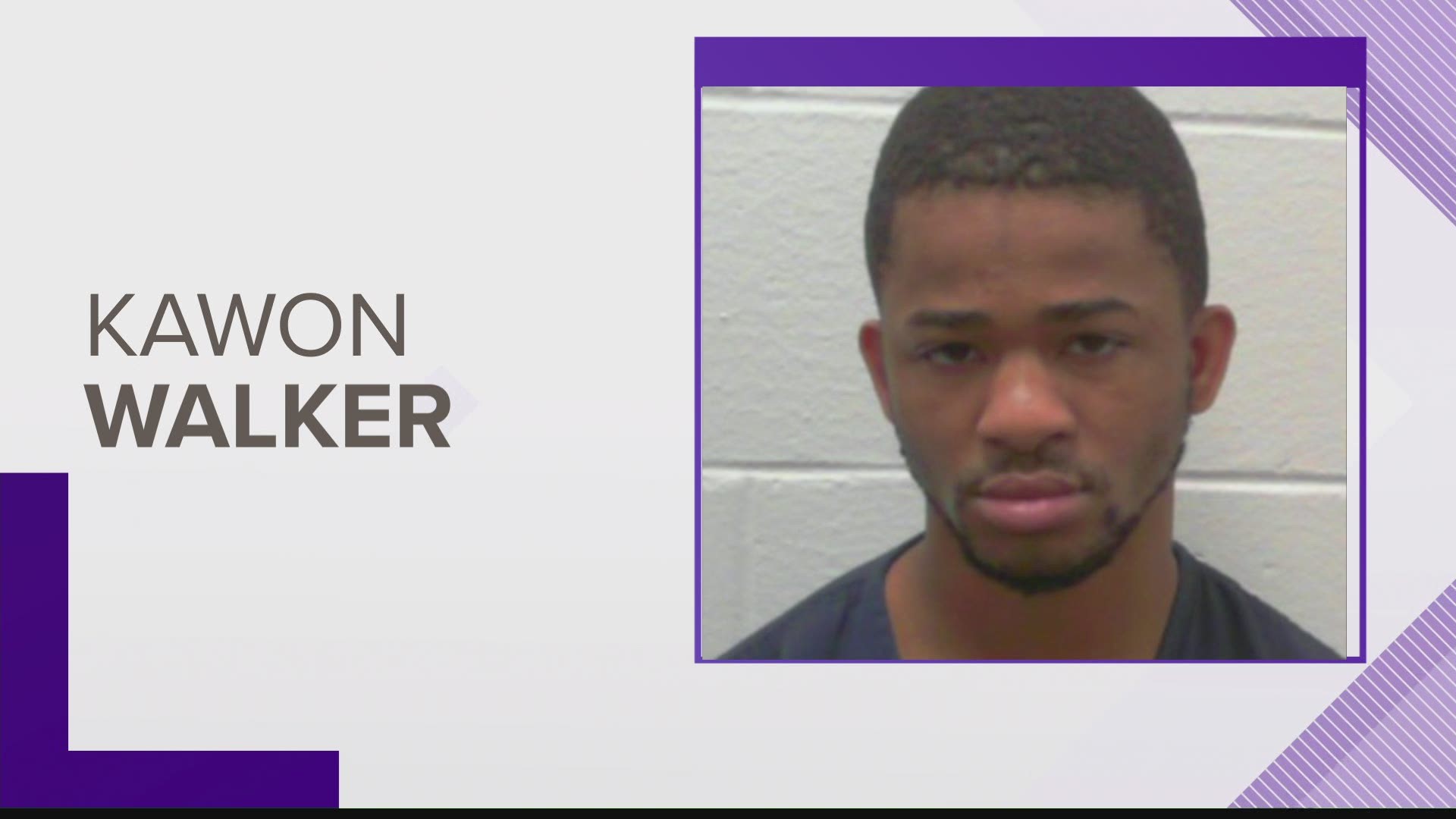 AUBURN, Maine — Auburn Police have arrested Kawon Walker, 22, of Auburn, on Aggravated Trafficking of Schedule W Drugs (crystal methamphetamine) Class A and on an outstanding warrant from Cumberland County also for drug trafficking.

On July 18, officers responded on two separate occasions to an apartment building at 66 Dunn Street for reported domestic violence calls. When officers arrived on the first call, Walker had fled to an unknown location and the woman in the apartment refused to cooperate with police regarding the complaint. Later the same evening, police received a second call from a different person reporting a disturbance, also suspected of being a domestic violence incident.

This time, when police arrived, they say they observed a small trail of blood left behind by Walker who had once again fled the area prior to police arriving. The blood was determined to be from a cut Walker got when he broke a window in the apartment, according to police.

Officers found Walker a short time later, hiding in a nearby apartment and placed him under arrest based on an outstanding warrant from Cumberland County.

Upon investigation, officers say they learned that a backpack had been stashed by Walker as he was fleeing the apartment. A search of the backpack revealed a large quantity of crystal meth with an estimated street value of $14,000, as well as a large amount of cash, believed to be proceeds from drug trafficking.

In addition to the outstanding warrant for Walker’s arrest for violation of bail conditions from Cumberland County, Auburn Police have charged Walker with Aggravated Trafficking Scheduled "W" Drugs, a class A crime. The charge is aggravated due to the amount of crystal methamphetamine and the location and proximity of the arrest to Raymond Park.

Walker’s initial bail violation warrant was issued by Cumberland County after he failed to fulfill the conditions of bail he was granted after being arrested in May of 2020 in Portland. That incident involved Walker being charged with Aggravating Trafficking of Schedule Z Drugs, Possession of Schedule W Drugs and Failure to Submit to Arrest and or Detention.

Walker's arrest did not have a bail set due to the violation of the current bail. He will have to appear before a judge in the new charges.