Audrey Laferriere has been found safe, according to Maine State Police. 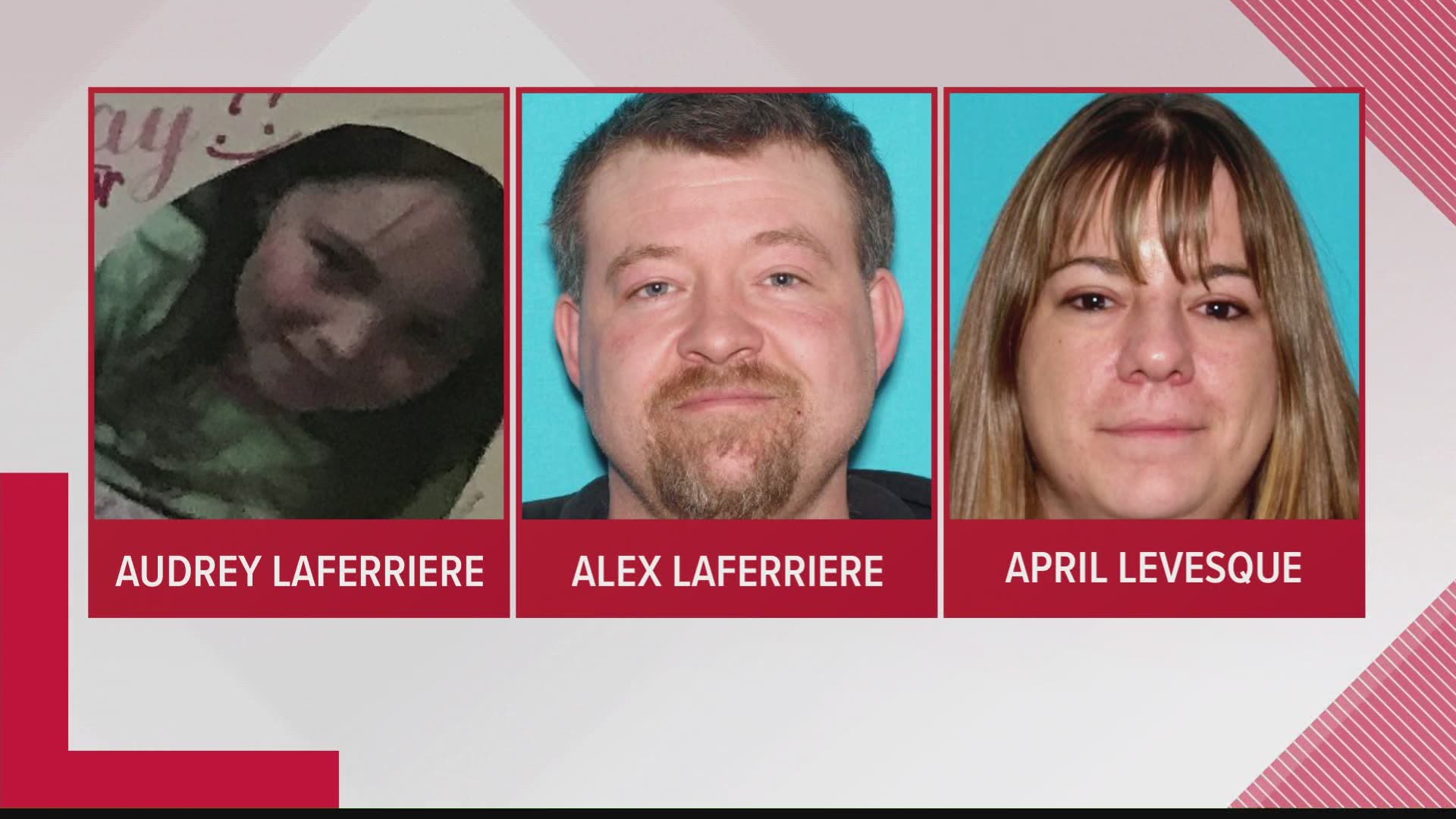 MAINE, USA — Editor's Note: A previous version of this article has a different photo of the 3-year-old sent from the spokesman for the Maine Department of Public Safety. A correction photo was sent out, which is the photo seen above.

State Police issued an Amber Alert for a three-year-old girl early Friday morning. Police believed she may have been endangered with her parents, according to the spokesman for the Maine Department of Public Safety, Steve McCausland.

The girl's name is Audrey Laferriere.

Her parents had been last seen in Van Buren Thursday night. Audrey was with her parents, Alex Laferriere and April Levesque.

April lives in Van Buren and Alex lives in Chester, which is near Lincoln.

Anyone who had seen the car, the missing girl, or her parents were asked to call State Police in Augusta at 624-7064 or 911.

NEWS CENTER Maine is following this story and will update as more information becomes available.