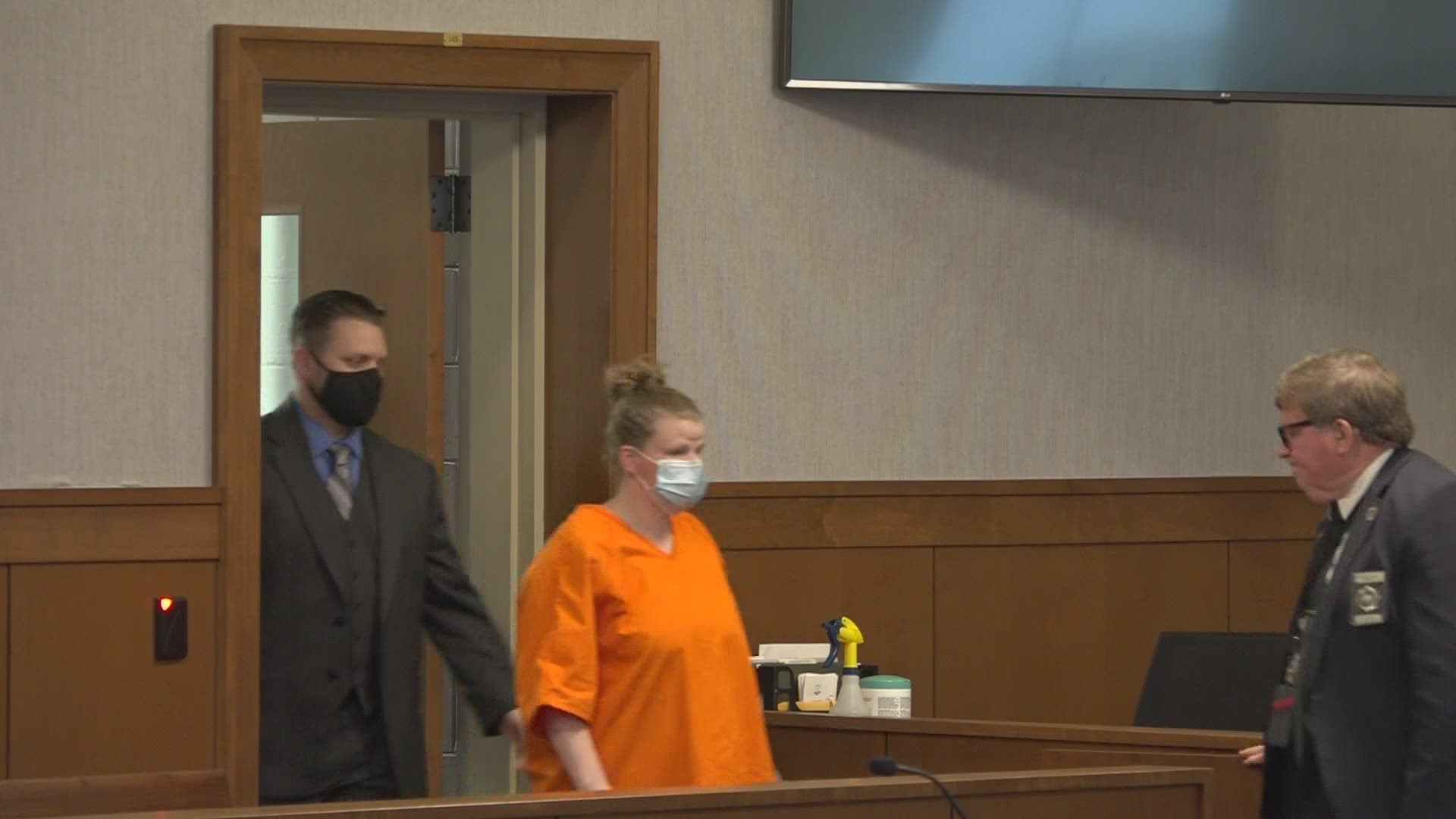 A Stockton Springs woman who is charged with depraved indifference murder in her 3-year-old son's death made her first court appearance Friday. Her bail has been set at $150,000.

Maddox Williams was pronounced dead at Waldo County General Hospital on Sunday, June 20. He was the son of Trefethen and Andrew Williams, and was Trefethen's only child with Williams. Andrew Williams is currently incarcerated at the Knox County Jail.

Jessica Trefethen also has three children with Jason Trefethen. According to police, Jason lives in a camper at 30 Cross Ln. in Stockton Springs, which is the same property where Jessica lives.

RELATED: Maine DHHS working with outside group to investigate 4 child deaths in June

According to police, Jessica Trefethen and her mother, Sherry Johnson, took Maddox to the hospital and Jessica told hospital staff that he had been knocked down by a dog leash and kicked by his 8-year-old sister. However, the office of the chief medical examiner reached a different conclusion on the cause of Maddox's death.

Police said Dr. Lisa Funte of the office of the chief medical examiner determined the cause of Maddox's death to be multiple blunt force trauma. The manner of death was determined to be non-accidental inflicted trauma, according to police.

Police said the autopsy also found abrasions on the inside of his lips that were indicative of facial impact. He was also missing three teeth, which appeared to be the result of at least two separate events, according to police. Police said X-rays revealed that his adult teeth had not yet grown into position to push the baby teeth out.

According to police, Funte said Maddox's injuries were inflicted upon him and the injuries were not consistent with a fall, being kicked in the stomach, or being knocked down.

Happening Now: Jessica Williams of Stockton Springs is making her first court appearance after being charged with the murder of her 3-year-old son Maddox. pic.twitter.com/5jIvAtk08R

Police also spoke with Jessica Trefethen on June 23. According to police, Trefethen told them her young daughter had told her Maddox got knocked down by a puppy. Police said she told them "she had no idea" how he would have received his injuries and that he had a lot of bruises because "he bruised very easily and her kids play wild and crazy." She also said he had fallen from a trampoline several days before but was not bleeding and seemed fine, according to police.

When police followed up with the office of the chief medical examiner, Funte told them Maddox's injuries were "too severe to be caused by kids playing, falling from a trampoline, or being knocked down by a puppy."

According to police, when they placed Trefethen under arrest later on June 23, they also asked her to explain Maddox's injuries because her explanations weren't consistent with Funte's findings. Jessica then responded, "Let's do this," and walked toward the police cruiser without answering the question, according to police.

In addition to her bail being set at $150,000, Trefethen can’t have any contact with any children under the age of 14 or have contact with a list of people, including Jason Trefethen and Andrew Williams. She is scheduled to be back in court for a status conference on Oct. 28.

Trefethen will be back in court for a status conference scheduled now for October 28.