An amateur genealogist from Maine helps her third cousin track down her biological parents. Discovers her biological father is accused of murdering his family. 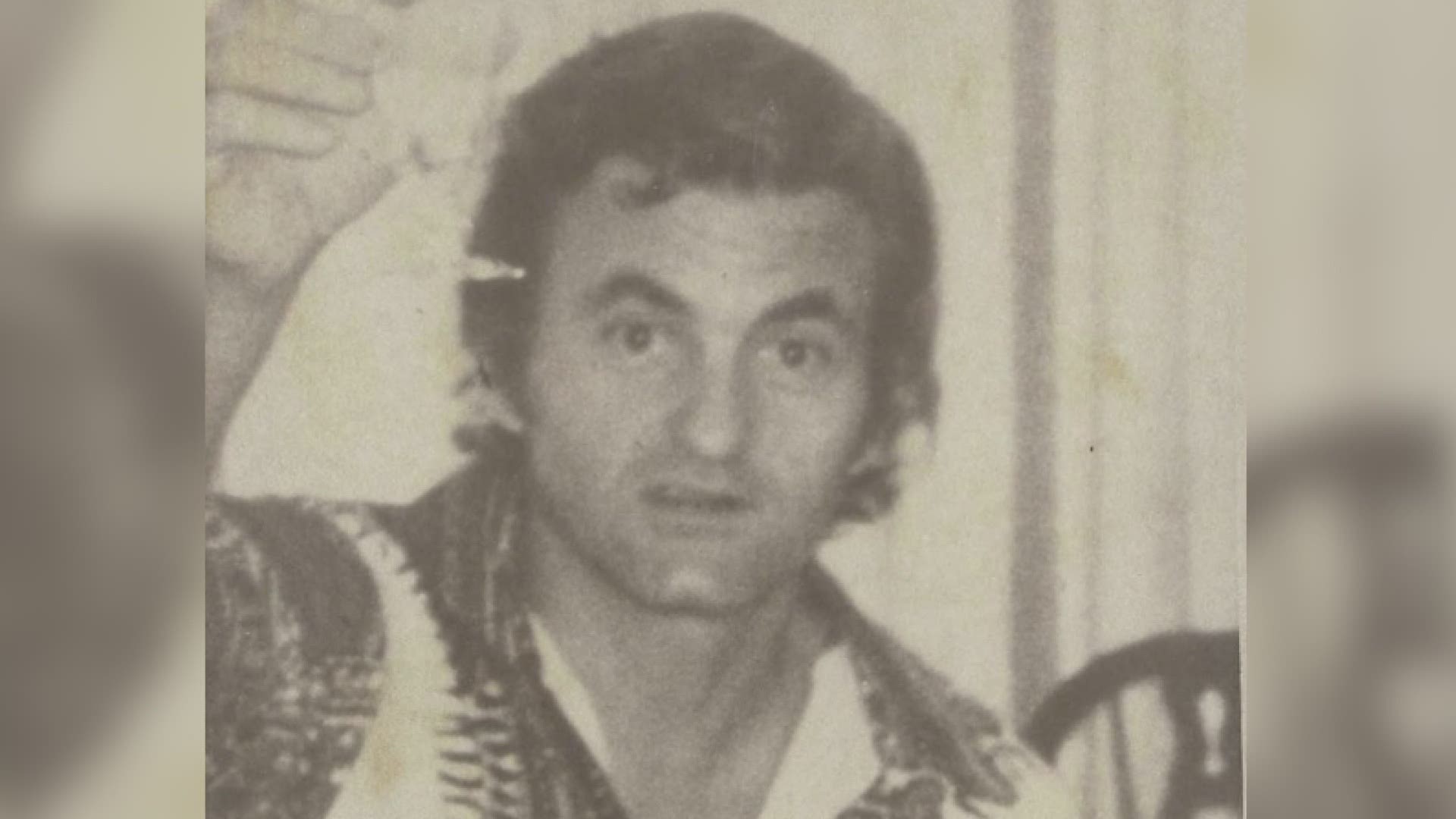 Between the popular Ancestry and 23 and Me genealogy websites, tens of millions of people around the world have taken DNA tests, and those tests occasionally lead to surprising discoveries.

Recently, NEWS CENTER Maine learned of a Portland woman connected to one particularly shocking discovery-- something out of a true-crime documentary.

Back in 2017, Kathy Gilchrist, who's from North Carolina and was adopted, used an Ancestry DNA kit to find out more about her birth family, particularly her parents.

It connected her with a third cousin who lives in Portland. That cousin is named Susan Gillmor and she happens to be an amateur genealogist.

It took about a year to discover who the biological mother was, and shortly thereafter she found the name of her biological father.

And here's the part no one expected-- Kathy Gilcrist's father is listed on the FBI's Most-Wanted list.

According to the FBI, he then allegedly transported their bodies to Columbia, North Carolina, where he buried the bodies in a shallow grave and lit them on fire. In March of 1976, Bishop was charged locally with murder by the Montgomery County Sheriff's Office in Rockville, Maryland, and then charged federally with unlawful flight to avoid prosecution.

The FBI is still looking for him today. If Bishop is alive, he'd be 84 years old.

Upon seeing the listing on the FBI, Gillmor said her jaw dropped. "I don't know how long I just sat there," Gillmor said. "I usually come up with housewives and farmers."

Gillmor had performed her research using DNA matches as well as by speaking with distant relatives. But even she wasn't initially sold on the findings.

"I went back to double-check, triple-check, to check locations to make sure it was possible," Gillmor said.

It all fit. Gillmor believes Kathy Gilchrist's birth mother met Bishop at a college party while he was a student at Yale.

Gillmor also said she and members of the Bishop family have noticed a resemblance with Kathy.

An amateur genealogist from Maine set out to help her newly discovered third-cousin find her biological parents. When she does, she also discovers this cousin's biological father listed among the FBI's most wanted. @newscentermaine Full story: https://t.co/lIa6mW31rI pic.twitter.com/xC82L3QbCd

Speaking with an NBC affiliate in her home state of North Carolina, Kathy Gilchrist said she was initially in shock.

"I laughed," Gilchrist said. "We have a great sense of humor in my adoptive family and I just said, 'Well of course my father is a murderer."

But Gillmor said the horror of the story isn't lost on either of them.

One silver lining: the Bishop family has now gained a new family member, easing some of the pain they've felt after that horrific day in 1976.

Gillmor said just this week, a second-cousin on the Bishop side of the family reached out to Gilchrist.

"The second cousin says, 'You just look just like my family,' and they are thrilled to find her. They have been living with the heartache of the loss of people they loved and now there's this bright light, a bright spot in their heartache story."