Police say William Layman drove his truck recklessly and, in a manner, which endangered two students by failing to stop for them. 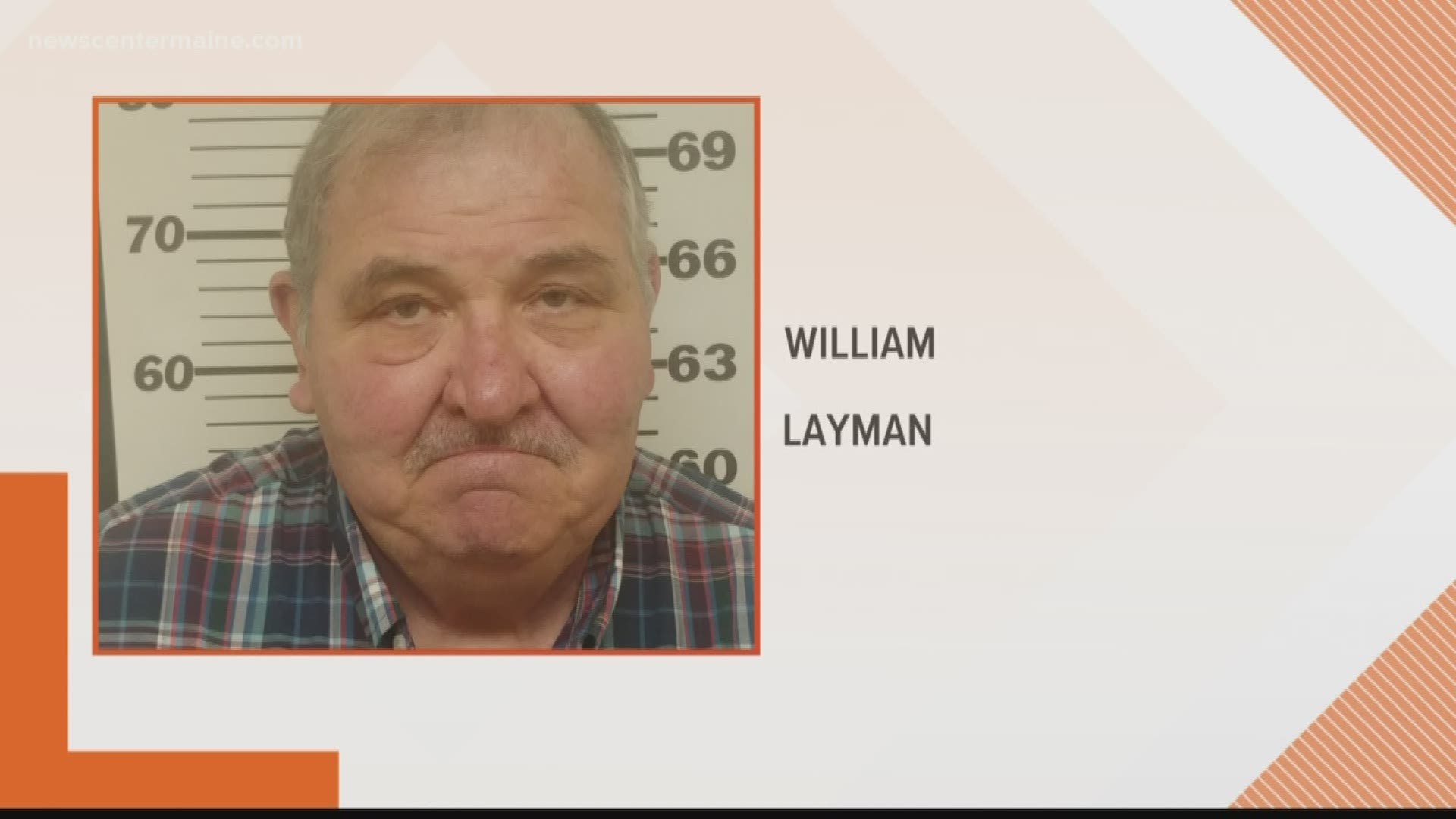 FRYEBURG, Maine — Police are charging a 72-year-old Augusta man for endangering two students when he failed to stop for them in a crosswalk in front of Molly Ockett Middle School.

72-year-old William Layman has been charged with driving to endanger, criminal mischief and failing to yield to a pedestrian in a crosswalk after a surveillance video caught his pickup nearly hit two students and then run over a crosswalk sign.

Police say the incident happened just before 11 a.m. on Tuesday, October 22 in front of Molly Ockett Middle School. Layman was identified as the driver in the video and charged three days later on Friday, October 25.

The surveillance video of the student's close call was released to the media and shared tens of thousands of times online. Fryeburg Police Chief Joshua Potvin says Layman is taking responsibility for his actions and cooperating with investigators.

Chief Potvin credited the media and community members who shared the story and video on social media for helping aid in police work.

Potvin is also using the incident to remind drivers that they are required to yield to pedestrians in crosswalks "who have shown visible intent to enter a marked crosswalk."

Potvin also said that pedestrians should make eye contact with drivers in both directions and make sure vehicles are stopping before they cross.

Layman is scheduled to appear for arraignment in Bridgton District Court on December 10.