No one was injured Saturday night when the boy got ahold of the SUV keys and drove it up and down the street. 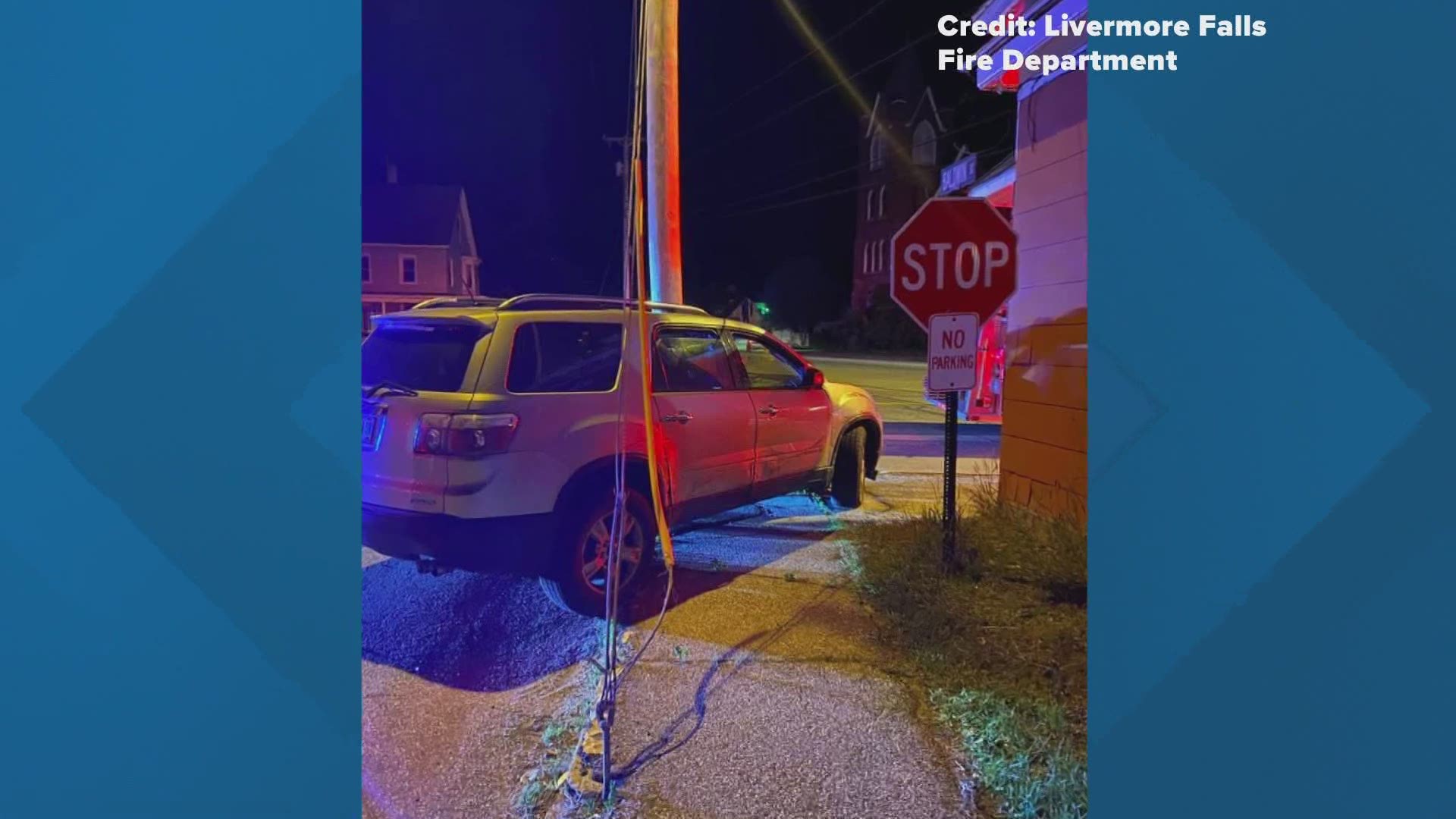 According to Livermore Falls Fire Chief Edward Hastings, the babysitter told police the boy had gone to bed around 8 p.m. but got up and got ahold of the SUV keys from a nightstand. The boy drove up and down the street and crashed while attempting a U-turn.

According to a Facebook post, officials arrived at the scene around 10:20 p.m. to find the SUV wedged between a telephone pole and a house.

No one was injured. Units cleared the scene just before midnight.