Police say the five children, ages 4 to 13, were living in a home littered with bottles filled with urine and dog feces along with 20 grams of crack cocaine. 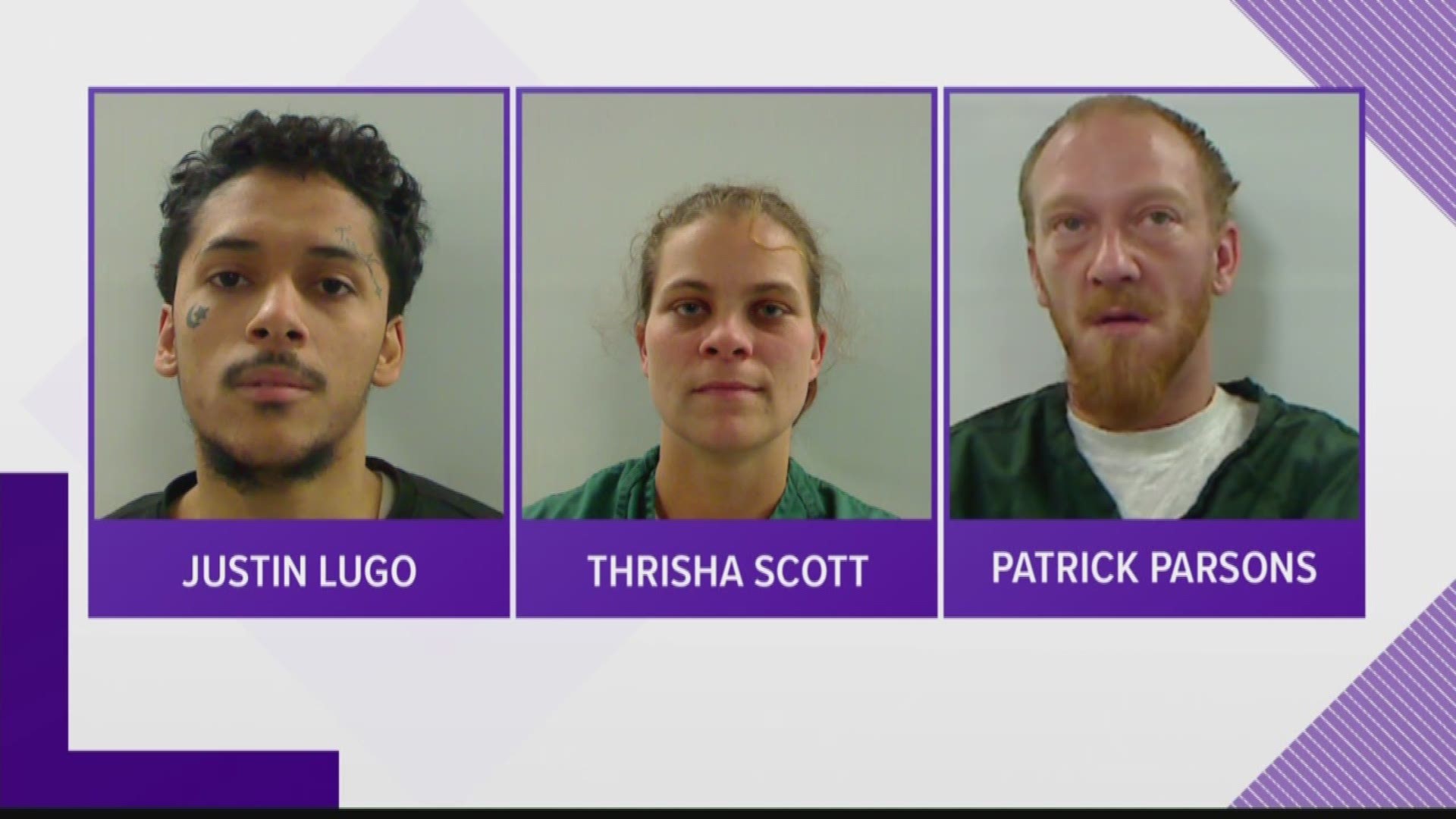 CHINA, Maine — Police found five children living in deplorable situation in China as they searched a home with a drug warrant.

Three adults in China were arrested Friday, Sept. 27, and charged with drug trafficking as police removed five children from a filthy home.

When police searched the home at 516 Vassalboro Rd. in China they found five children ranging in ages from 4 to 13. They say there were several dogs in the house and bottles filled with urine and dog feces were littered throughout the home. Police also found 20 grams of crack cocaine, 45 grams of an unknown powdered substance, along with four guns, two that were stolen, and almost $3,000 in cash.

Police say the children are now in the custody of the state as the Maine Dept. of Health and Human Services finds places for them to stay.

The unknown powdered substance is soon to be tested by police.

Several parts of guns along with ammunition that was believed to have been stolen were also found.

Justin Lugo, 22, of New York, N.Y., is being charged with possession of a firearm by a prohibited person because he is a convicted felon with prior drug trafficking charges. Lugo is also charged with theft and a parole violation.

Thrisha Scott, 31, of China, is being charged with drug trafficking, theft and violating conditions of release.

Patrick Parsons, 34, of China, is being charged with drug trafficking and theft.

Lugo was treated at the hospital because a police dog bit him. He was subsequently taken to the Kennebec County Jail.

Scott’s bail was set at $50,000 cash, and she was ordered to have no contact with her children unless supervised.

Parsons’ bail was set at $50,000 cash, and he was also ordered to have no contact with his children unless supervised.

Parsons and Scott are currently being held at Kennebec County Jail.

RELATED: These parents had no clue they were living in a former meth lab, now the mom-to-be has tested positive for meth