According to the Maine Department of Public Safety, one 14-year-old and two 13-year-olds were into custody at Long Creek Correctional Facility. 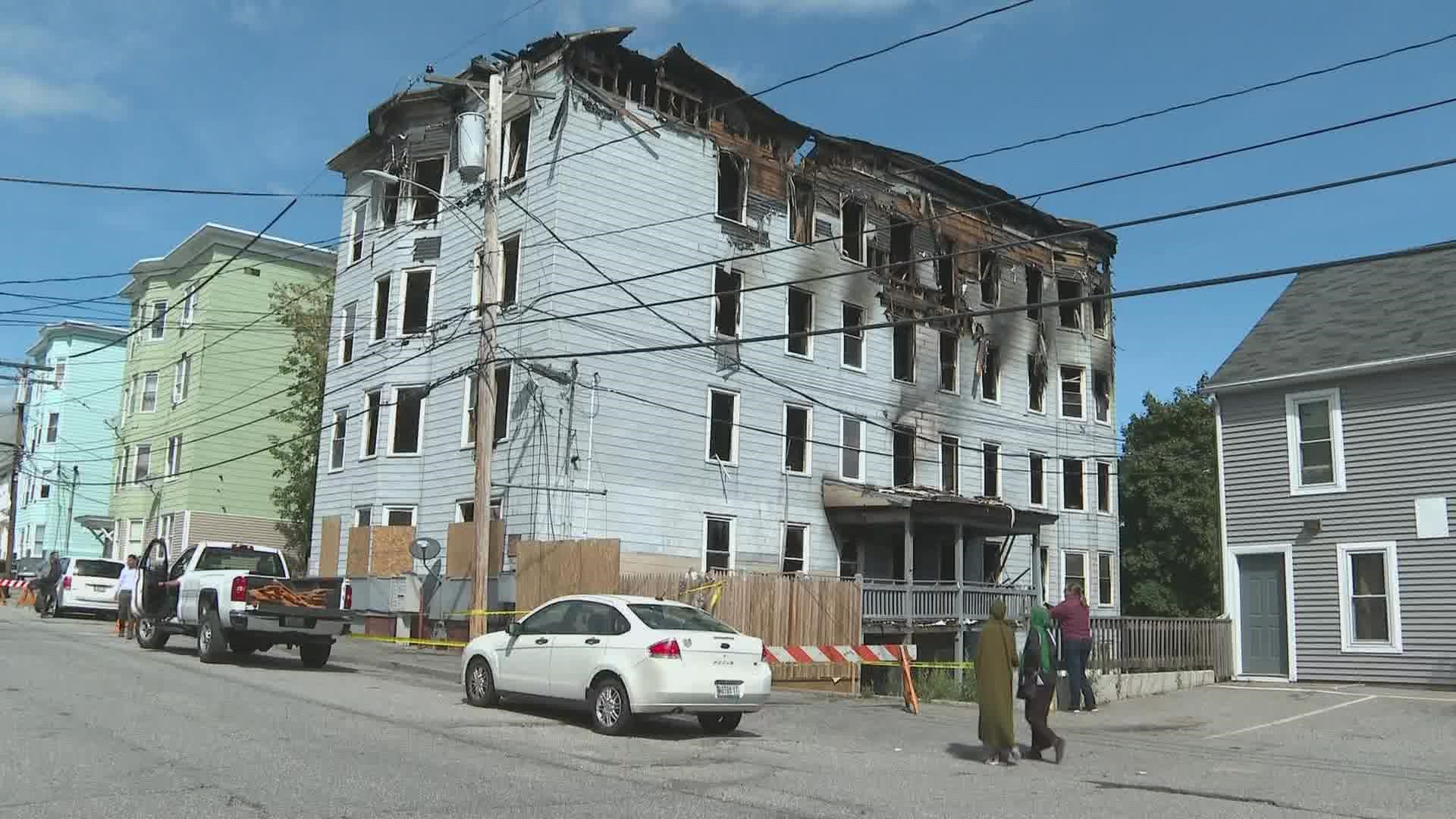 LEWISTON, Maine — EDITOR'S NOTE: The video above is NEWS CENTER Maine's reporting from Saturday, Sept. 11, which is the day the fire happened.

Three teenagers were arrested Monday in connection to an apartment fire in Lewiston over the weekend, which left one man dead after he tried to jump out of a window to escape the flames.

The arrests come after a team of investigators from the Office of the State Fire Marshal determined the fire was the result of arson, according to a release from Maine Department of Public Safety spokesperson Shannon Moss.

Moss said the teens -- one 14-year-old and two 13-year-olds -- were taken into custody at Long Creek Correctional Facility.

The building was evacuated, but 70-year-old Felicien Betu was trapped in an apartment on the sixth floor. Emergency response personnel were making attempts to reach him when he jumped from a window in an attempt to escape the fire. He died as a result of the injuries, according to officials.

Back on the scene in Lewiston after the State confirmed two 13-year-olds and a 14-year-old were arrested for arson. The fire destroyed this apartment building on Blake Street in town and killed 70-year-old Felicien Betu. Flowers have been left on the fence out front. pic.twitter.com/ctwBVabzIA

Community members are rallying to support the dozens who lost their homes in the fire.

"We knew a lot of those individuals were waking up with basically nothing," said Kevin Boilard with Kaydenz Kitchen Food Pantry.

Boilard says he opened the pantry to collect donations on Sunday. He says dozens of community members have donated everything from clothes and shoes, to Walmart and Shaw's gift cards.

"We thought it would be a good opportunity to allow any of the families that were impacted by the fire to come in to get free clothing, shoes, food. We've had several families come in already today to get multiple different resources from us," said Boilard.

Boilard says he will be open again on Monday to collect donations and provide free items to families impacted by the fire.

Many of the victims of the fire are now staying at Lewiston High School, where the Red Cross has created a shelter for the victims. A Red Cross official on Tuesday told NEWS CENTER Maine the Red Cross sheltered 17 families from the fire on Monday night.

Executive Director of the Central and Midcoast Maine Red Cross Nicole Evans said, "We are working to ensure that their immediate needs are met. And making sure they're comfortable. We have ages from infant and up."

According to Evans, roughly 40 people are currently utilizing the shelter, which can house up to 70. It is unknown how long the shelter will remain at the high school, however, Evans tells NEWS CENTER Maine it will not impact school for students.

"The Red Cross will be here for individuals and families as long as they need us," said Evans.

The Red Cross is accepting donations to support victims as well.

IHOP in Auburn is also looking to support victims of the blaze. According to the restaurant's general manager, two servers lived in the apartment building that caught fire.

"We take care of everybody here as a family," said Auburn IHOP general manager Melvin Escobar. On Sunday at the restaurant, donations were being collected. Donations can also be given online through GoFundMe.