Michael Sevey and Mariah Grant are expected to appear in court on Nov. 3, according to police. 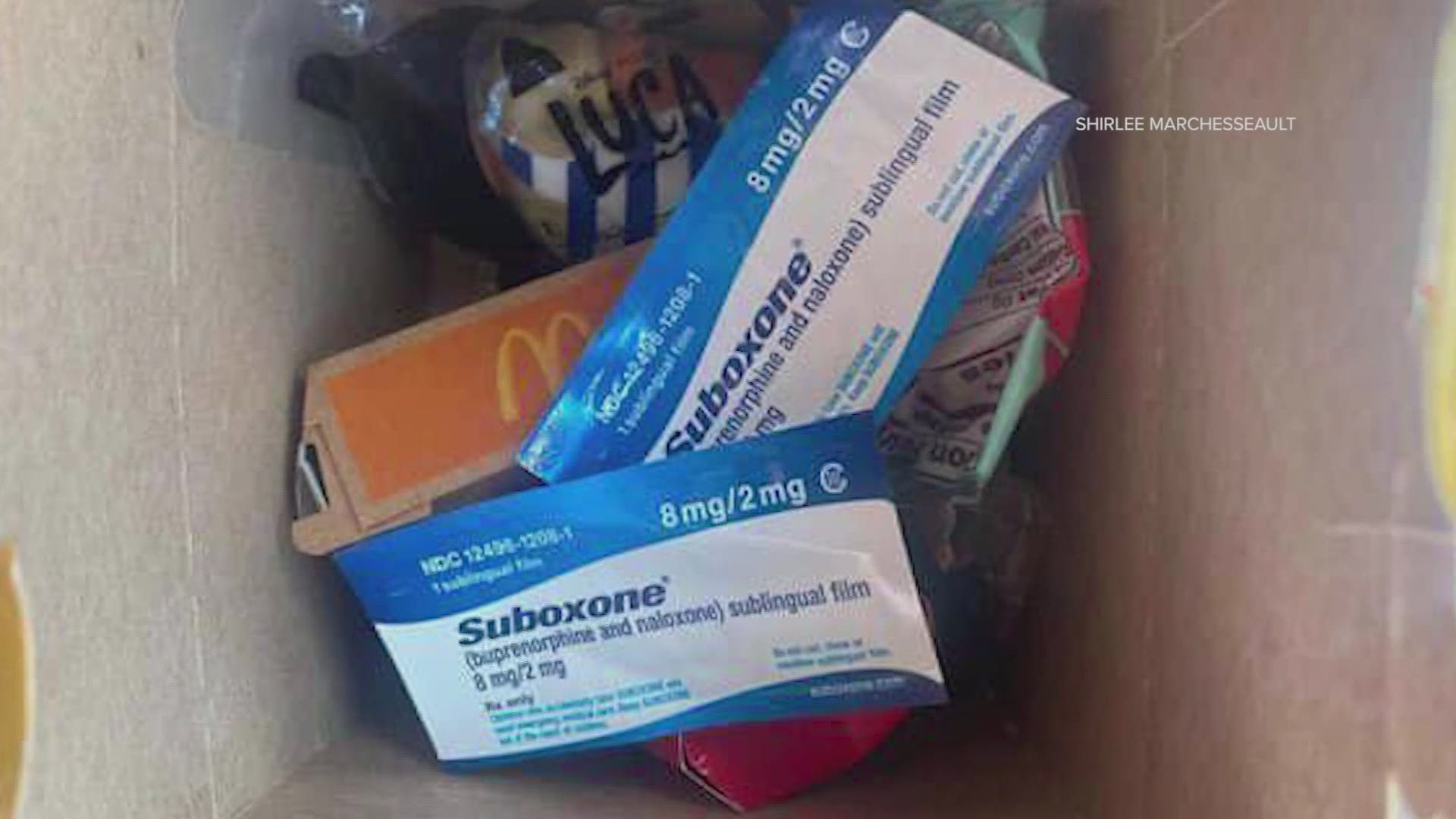 AUBURN, Maine — Two employees of a McDonald's restaurant in Auburn face charges in connection with drugs found in a boy's Happy Meal.

Police allege that one of the employees illegally sold prescription drugs to the other, who then unknowingly dropped them into the 11-year-old's meal.

Auburn Deputy Police Chief Timothy Cougle said in a release Wednesday that the department received a complaint from the boy's mother on June 30. Cougle said she told them she had found Suboxone, a prescription used to treat those addicted to opioids, in her son's Happy Meal after picking it up from the drive-thru at the Center Street restaurant.

Detectives reviewed in-store video surveillance footage and interviewed employees and determined that the Suboxone fell out of Sevey's shirt pocket as he prepared meals for the drive-thru, landing in the Happy Meal box, according to Cougle.

The boy's mother, Shirlee Marchesseault of Oxford, spoke with NEWS CENTER Maine on Wednesday about the incident. She said when she found the packets in the box, her "blood was boiling."

"I didn't even know what to do," she said. Marchesseault ended up reporting it to the police. She held on to the box and the receipt in case she or the police needed it for evidence.

Shirlee held onto the Happy Meal box just in case. Here’s what she says happened that led to her finding suboxone strips in the meal. She says she goes to that McDonald’s frequently. @newscentermaine #maine pic.twitter.com/u0VAZPlDQ1

Taylor Goble, the Auburn McDonald's franchise owner and operator, said in a statement to NEWS CENTER Maine he was "shocked and disappointed" by the employees' behavior, which he said, "goes against the values we have as an organization and will not be tolerated."

Goble said Sevey and Grant are no longer employed at her Auburn franchise.

"In our restaurants, nothing is more important than the safety and well-being of our employees and customers ... We are taking this matter seriously so that we can continue to maintain our high standards," Goble said.

Both Sevey and Grant are expected to appear in court on Nov. 3.