A candlelight vigil was held Monday night to recognize 371 officers killed in the line of duty, including Somerset County Sheriff's Deputy Eugene Cole. 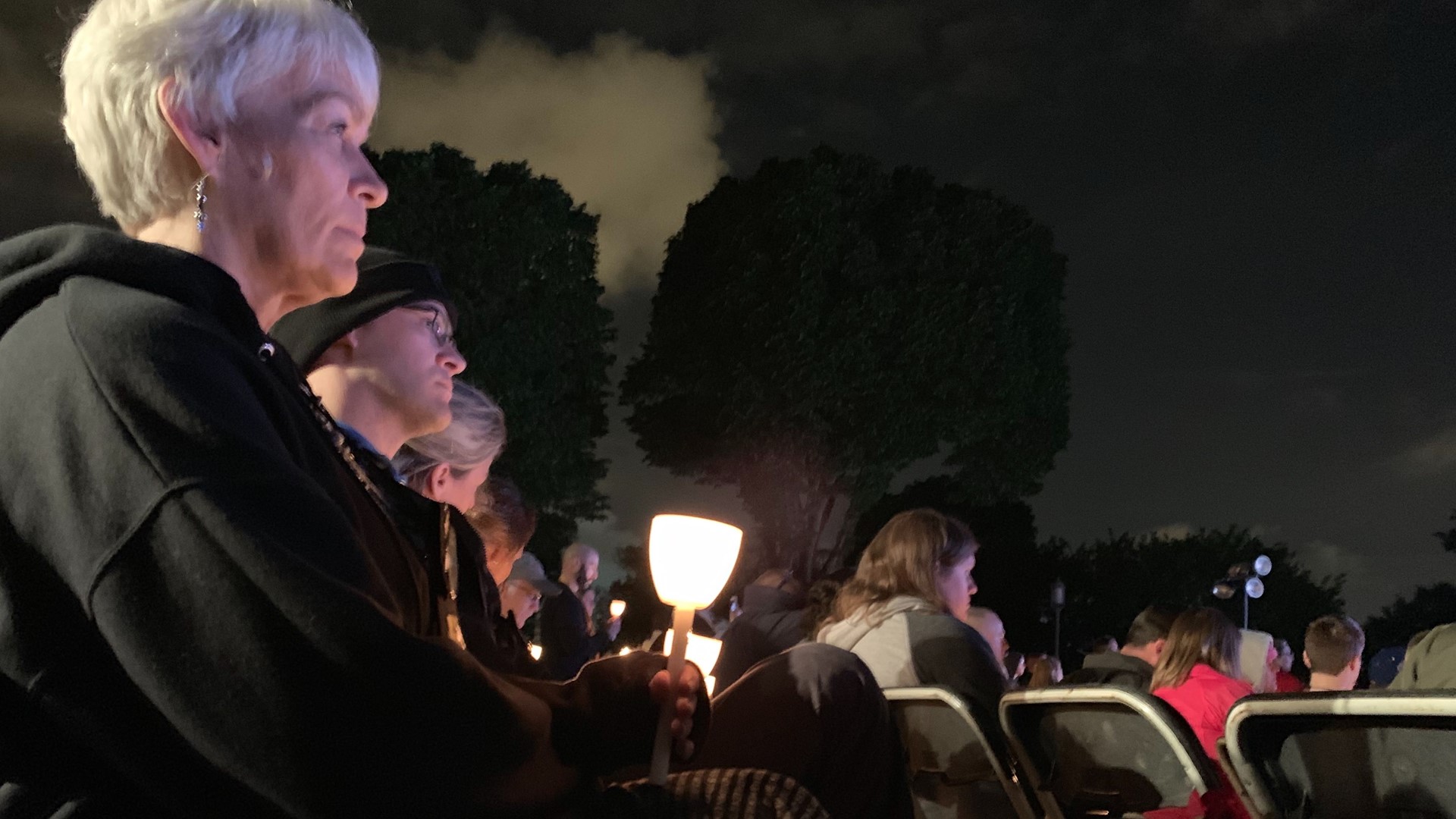 WASHINGTON, D.C., USA — Name by name echoed through silence on the National Mall Monday night as thousands gathered together to heal and reflect.

Sheryl Cole, the wife of fallen Somerset County Sheriff’s Deputy Cpl. Eugene Cole, sat stoically alongside her family as flame was passed from one candle to the next.

“Scripture tells us that love is greater than death,” U.S. Attorney General William Barr said from the stage. “And there can be no greater love than to sacrifice one’s self for the sake of others.

The vigil held by the National Law Enforcement Memorial Fund recognized 371 officers killed in the line of duty across the country.

Each one of their names was added to the National Memorial Wall this year, including Cpl. Cole’s.

“He gave the ultimate sacrifice,” Somerset County Sheriff Dale Lancaster said. “Gene died on my watch and that is something I’ll carry with me for the rest of my life.”

Lancaster and other Somerset County Sheriff’s Deputies were in attendance, as well as Cole’s brother, son, daughter, and grandchildren.

The ceremony was a moment of sorrow, but also of strength as prayer and music conveyed the importance of the shared experience.

Every person there became known as a “survivor” left behind by their fallen hero.

Lancaster said the ceremony and all of National Police Week is about keeping Cpl. Cole’s memory alive and supporting his family.

“One of the ways that we honor him is to not forget him,” Lancaster said. “And know that his family is not ever going to be forgotten either.”

There are now more than 21,000 names of fallen officers on the National Law Enforcement Officers Memorial. 92 of them are from Maine.

There is another memorial ceremony set for Wednesday on Capitol Hill. The Cole family will then return home to Maine to attend a ceremony in Augusta on Thursday where his name will be put on the memorial wall there.