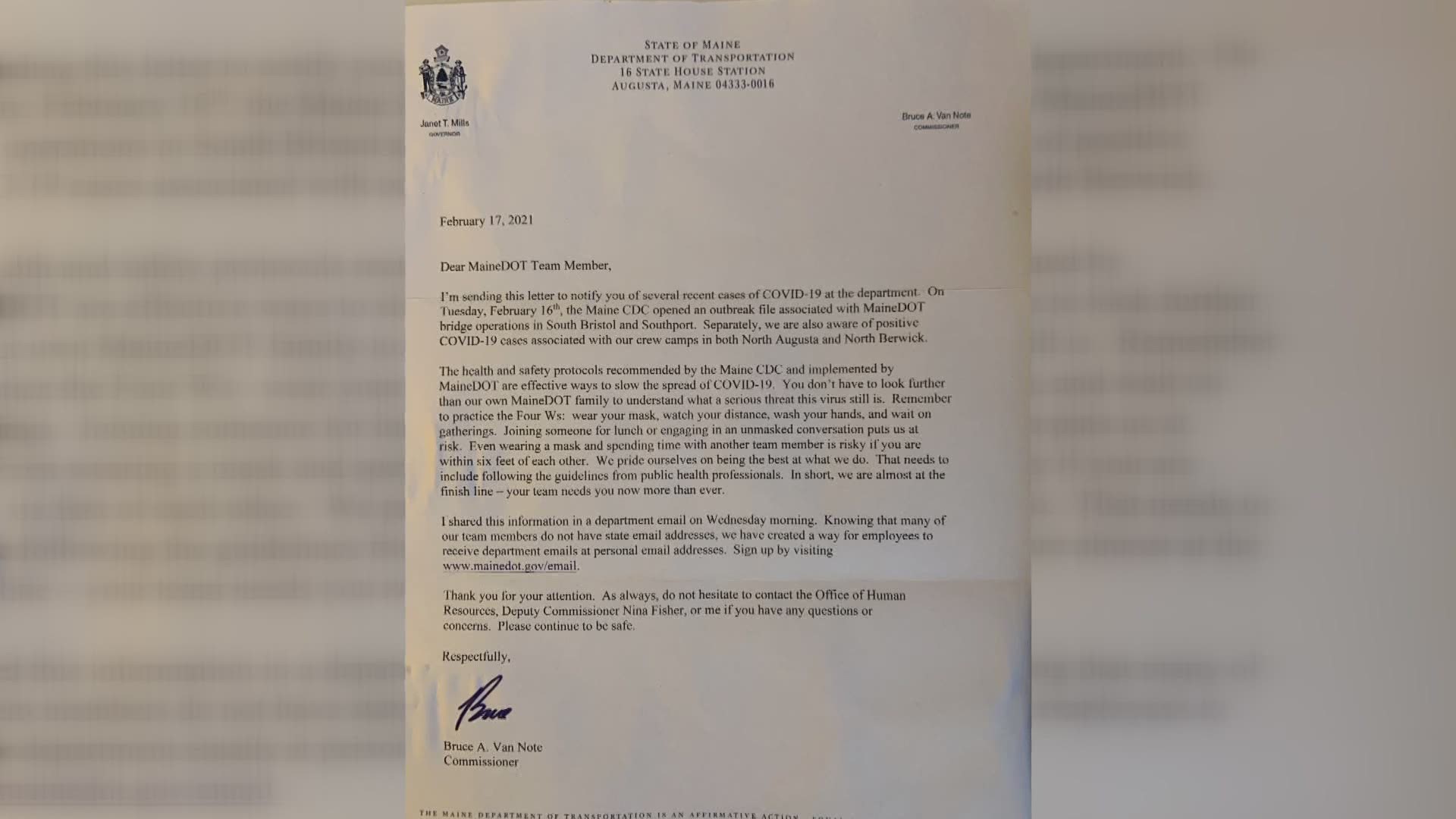 In a letter sent to employees this week, officials say the Maine CDC opened an outbreak file associated with the Maine DOT bridge operations in South Bristol and Southport.

The letter also says there are positive cases within crew camps in North Augusta and North Berwick.

DOT Spokesperson Paul Merrill spoke to NEWS CENTER Maine about the department's COVID policies in January, saying in part, "The plan that we have in place right now would allow three camps to be off the roster because of COVID exposure or concerns, and we still believe we'd be able to maintain adequate levels of service."

At the time of the interview, Merrill said the department had not had more than one crew off the road because of COVID-19 exposure at any given time.

The CDC has not responded to a request for comment as of Saturday evening.