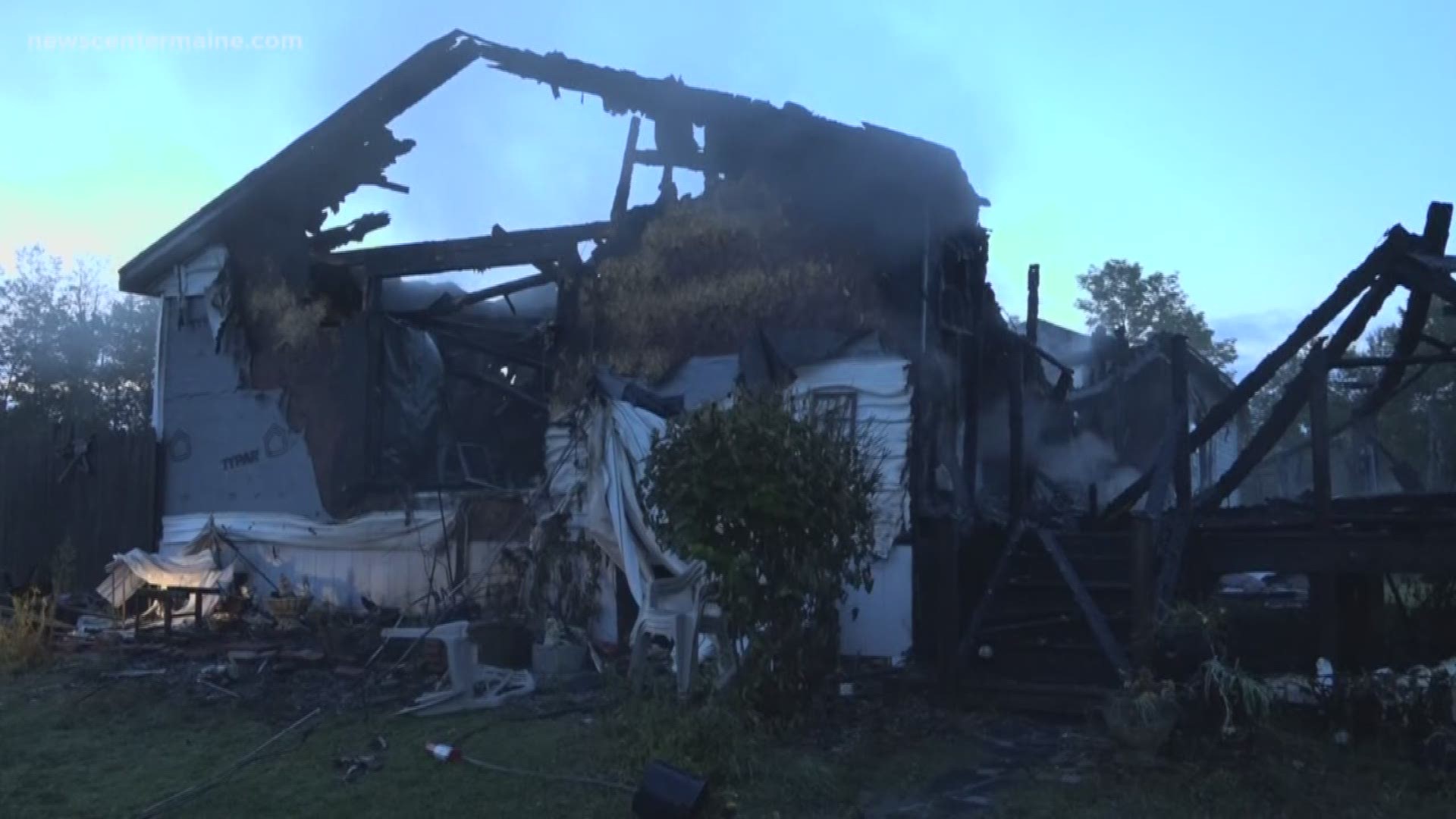 DEXTER, Maine — A couple in their 60s escaped a fire that completely destroyed a house in Dexter Monday morning, Aug. 26.

The Dexter Fire Department triggered a second alarm to call for help from other departments to assist them and officials say they had the fire mostly put out just one hour after the call came in.

Dexter Fire Chief Matthew Connor lives right up the street from where the fire occurred and said, "I could actually smell it when I woke up." Connor was on the scene before the fire trucks even arrived. He says when he got there, police were on site and had taken the couple to a safe distance from the blaze.

The Fire Marshall is expected on site later Monday morning to investigate what caused the fire.