“We have an incredible opportunity to help our neighbors.” The Old Town Fire Department is looking for new hires.

The Fire Department held a hiring event Saturday as the station plans to add a fourth crew. 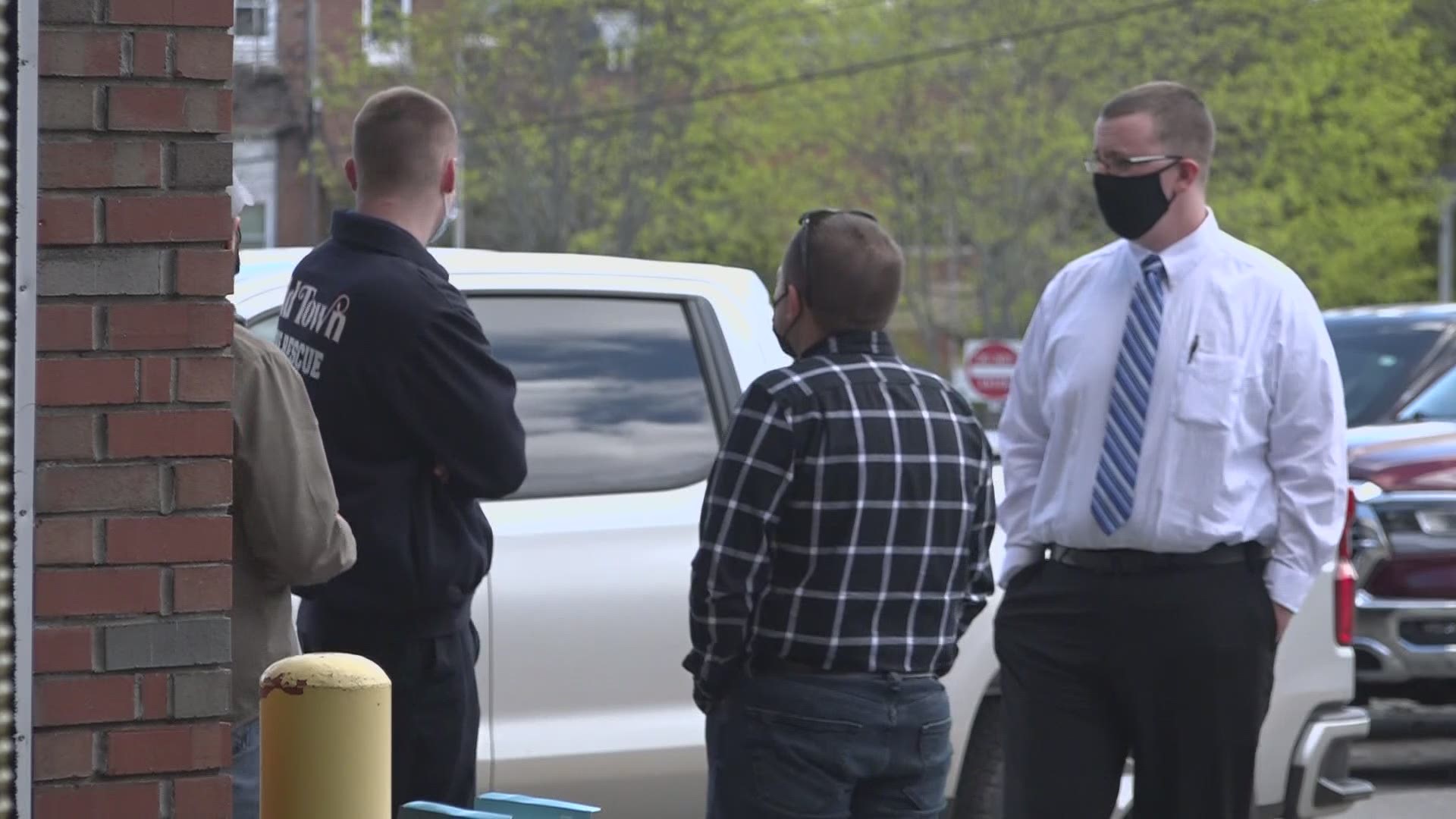 OLD TOWN, Maine — When most people apply for a new job, it's tough to experience a 'day in the life' at the office. But potential new hires at the Old Town Fire Department got a good glimpse at what their duties would look like Saturday.

“It’s definitely no surprise to have both ambulances out on separate calls throughout the day," firefighter and paramedic Taylor Haines said.

The department held a hiring event Saturday. Just a few minutes after the first interested folks arrived, a call came in and a crew took off.

A few minutes later another, and then another.

Blackie and the other interested applicants took a tour of the station, learned more about the job and responsibilities, and even sat down for informal interviews.

“It’s an extremely rewarding career, you get to interact with the community and public," Deputy Chief Chris Baker said.

Baker said being a registered EMT was the minimum qualification for those interested. Besides that, he added the department is looking for men or women with character.

“The character that they have to stand up to the rigors of the job, to actually fit in, be part of a team atmosphere which is the most important thing we do," Baker said.

The department is looking to fill multiple positions including filling the new fourth crew. When Baker came to Maine and began working at the Old Town station getting a job in public safety was hard to come by.

“There would be as many as 100 people going for a couple of jobs, now we see more jobs available than we do applicants," he added.

Both Baker and Haines add they love the work they do and enjoy the opportunity to help their neighbors.

After the first round of informal interviews, and after the burgers and hot dogs are eaten, the Old Town Fire Department will then officially hire new recruits to serve the community.