The Knox County Sheriff's Office K-9 handler has racked up 9 million likes on Tik Tok. He shares the account with his partner Marek. 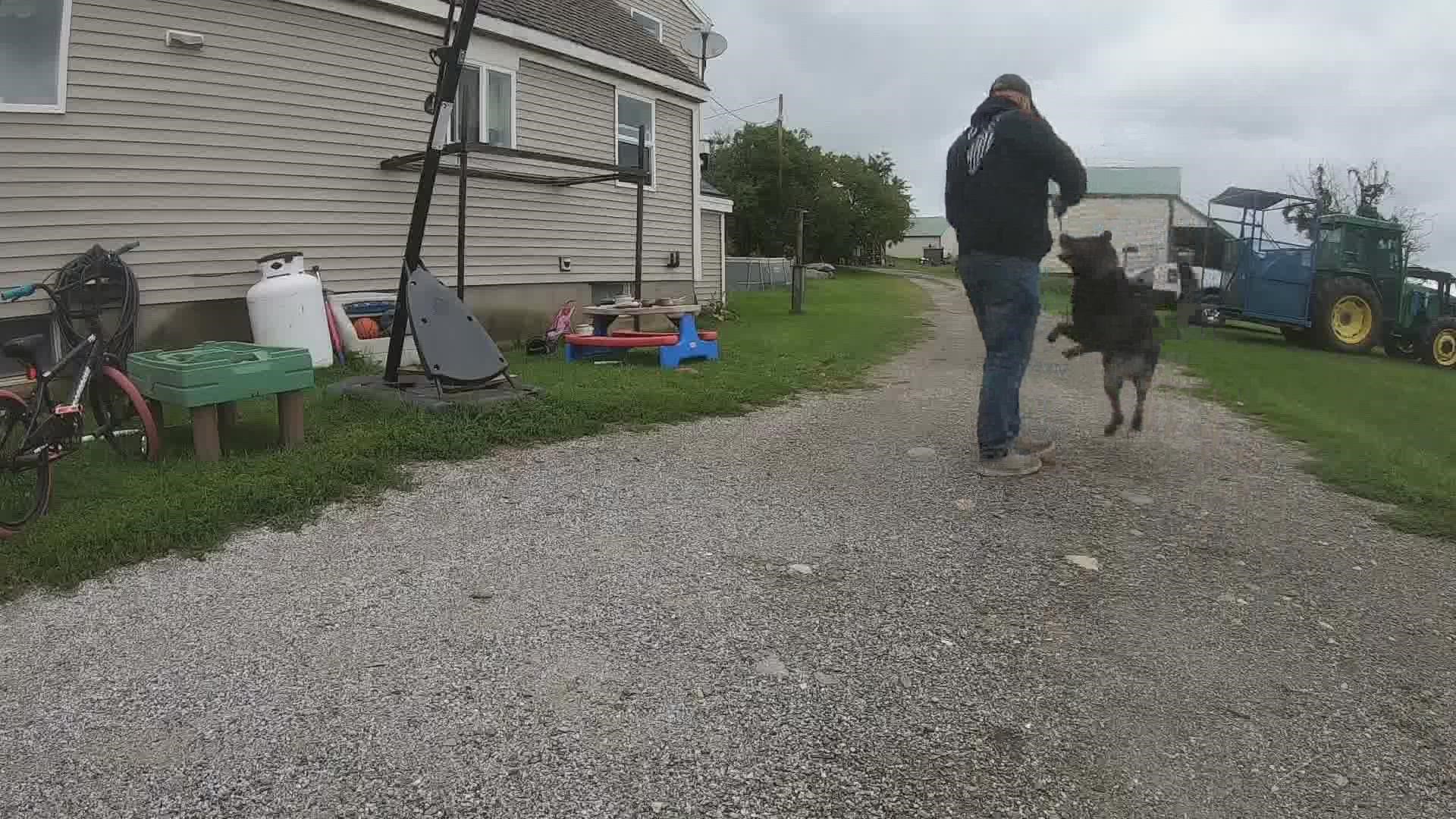 APPLETON, Maine — Life has a funny way of bringing us to unexpected places and experiencing incredible things. Tim Davis never thought he'd end up living and working on a blueberry farm in Appleton.

The North Carolina native wanted to be a science teacher when he was 18. Before enrolling at Appalachian State, he followed another calling; public service.

It was at an airport, en route to a Christion mission trip in Europe, where Davis met his wife. He didn't even know she was part of the mission group when he asked her where he could find some Japanese food.

Well, nearly two decades later, the southern boy finds himself working in law enforcement and living on a farm in Knox County. After a career change, Davis took a position at the county jail a few years ago.

“I applied and got in," Davis said. “I want to help people but being in the jail it’s almost like I’m too late.”

Helping people has been Davis' life-long mission and to help folks before they find themselves behind bars, he joined the Camden Police Department. Then, he saw a job opening at the Knox County Sherriff's Office to be a K-9 handler.

He got the job and got Marek. The German Sheperd, who Davis admits is stubborn and a "big dude," became not just his K-9 but his partner.

“If we search a building for anybody it’s me and him. He watches my back, I watch his back," he added.

The two had to complete nearly 800 hours of training together and must be recertified on that training every year. Davis said the bond between a K-9 and handler is natural and it only took these a few weeks to get on the same page.

“He will keep me safe no matter what and I will do the same for him. It’s almost like he’s an extension of myself at this point," he said.

One thing Davis does, without Marek, is teach D.A.R.E. classes at local schools. It was at one classroom when Davis was introduced to the social media app Tik Tok.

After making that rule, a girl fired back at Davis and said, "you're just mad because you couldn't get Tik Tok famous."

And Davis took that personally.

David admitted there was no clean-cut decision to start featuring his four-legged partner, but it happened.

“[Marek's] facial expressions, are sort of, they take over the video sometimes.”

The two post clips dancing, eating food in the patrol car, and Davis even shows off his partner's skills in the field. But the account is more than just for having fun.

Sitting outside his home, he added he wants to make sure every person knows their life matters. The account also allows Davis to show the world he's more than a police officer.

“I’m Tim Davis, I happen to be a cop. I’m not the cop Tim Davis. Because there’s a big distinction in that," he said. “My badge and my role doesn’t make me who I am, who I am makes me the cop that I am.”

The massive reach and following the account has also allowed Davis to get positive messages out to millions of people and described it as community policing at a much larger scale.

There are three other dogs at the Davis household, but Marek has the basement all to himself. According to Davis, when he is allowed upstairs, he makes sure to sniff every nook and cranny.

And yes, all the dogs do get along.

Marek and Davis will be together for years. Davis added that the two would be partners until the K-9 becomes too old, which won't happen soon.

RELATED: 'What the hell is that?' TikTok influencer reacts to Maine snacks in viral video