The event was held indoors at the Portland Community Squash Center, where members of the Portland Fire Department discussed fire safety. 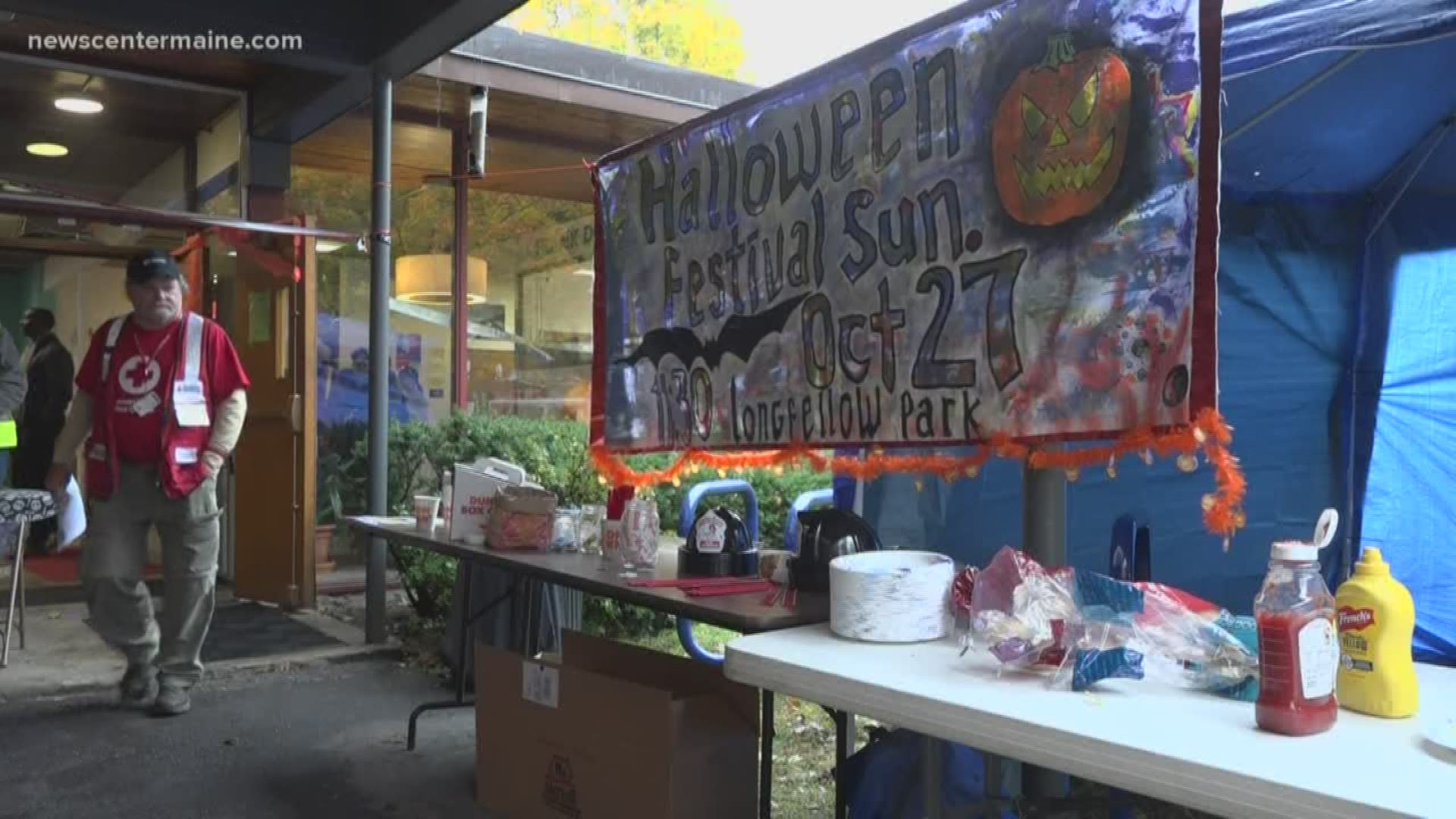 The event was held indoors at the Portland Community Squash Center on Noyes Street, where there was music, games, face painting and of course, Portland firefighters.

The firefighters grilled hamburgers and hot dogs at the event.

Booths were set up with members of the Portland Fire Department, Maine Medical Center and the Red Cross to teach people about fire safety.

The Noyes Street community is all too familiar with what can happen if proper fire safety measures are not in place.

Five years ago, six people died in an apartment fire on Noyes Street.

The President of the University Neighborhood Organization, Carol Schiller,  says the goal of the event is to educate people and help prevent future tragedies.

"Everyone understands the impact that fire had on our neighborhood, and we want people to be ready and prepared to get out of their house and prevent fires... these fires are avoidable, they're preventable with smoke alarms, working smoke alarms, making sure exits aren't blocked, putting cigarettes out properly.. these small steps prevent fires and save lives," said Schiller.

The event was hosted by the University Neighborhood Organization, the Portland Fire Department and the Phi Mu Delta fraternity at the University of Southern Maine.

RELATED: Duplex, memorial to be built on grounds of deadly 2014 fire

RELATED: Lawyers drop out of Portland landlord's appeal in 2014 fire that killed 6