Wyatt Sargent was born in November of 2017. His parents say he was beautiful and healthy. One month later that changed when he could move his arms and would scream in pain. 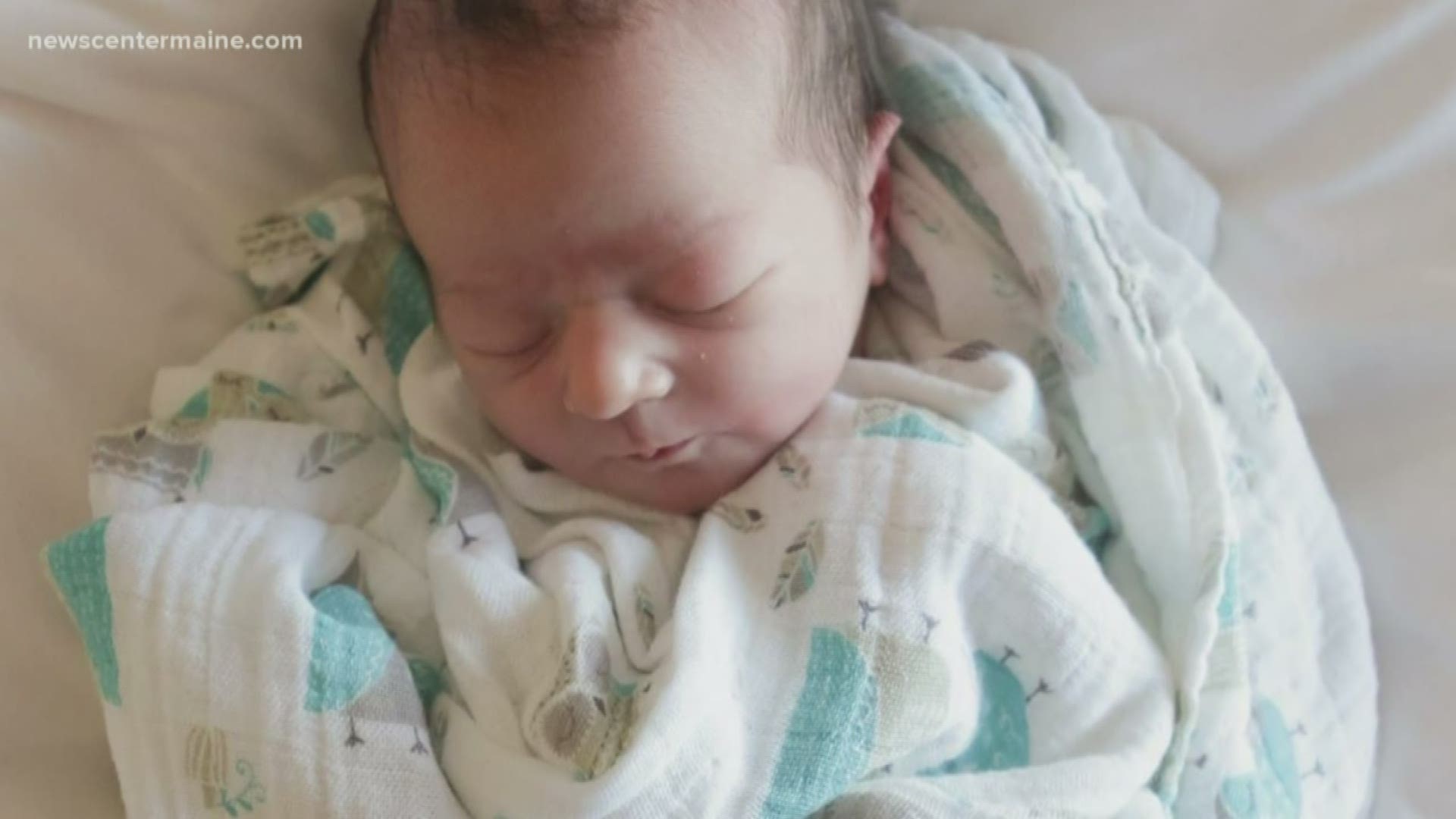 WATERBORO, Maine — People of all ages could need blood donations at some point. Even the tiniest, most vulnerable of humans, like 16-month-old Wyatt Sargent.

With an infectious laugh and smile to match, little Wyatt Sargent looks as happy as can be.

"It's always a good day when he's smiling," said his dad, Alex Sargent. "And he smiles every day."

But Wyatt's story is difficult for any parent to hear. At just 4 weeks, Wyatt was diagnosed with atypical teratoid rhabdoid tumor or ATRT.

Wyatt couldn't move his arms and He would scream in pain.

"It's scary," said Sargent. "It's just been out of our control, out of everyone's control."

"We've lost count at this point of how many transfusions of blood products he's had," said Sargent. "I think the most he's had in one day was five blood transfusions."

"So that's why you see the incision on his head. He just had a brain biopsy done."

Wednesday, join us at five locations across the state for the NEWS CENTER Maine Red Cross Blood Drive. You can help support children and others like Wyatt, who depend on blood transfusions.