When it comes to school, the teacher usually helps the student -- but one sixth grader in Wiscasset turned that theory all around because of his expert engineering skills. 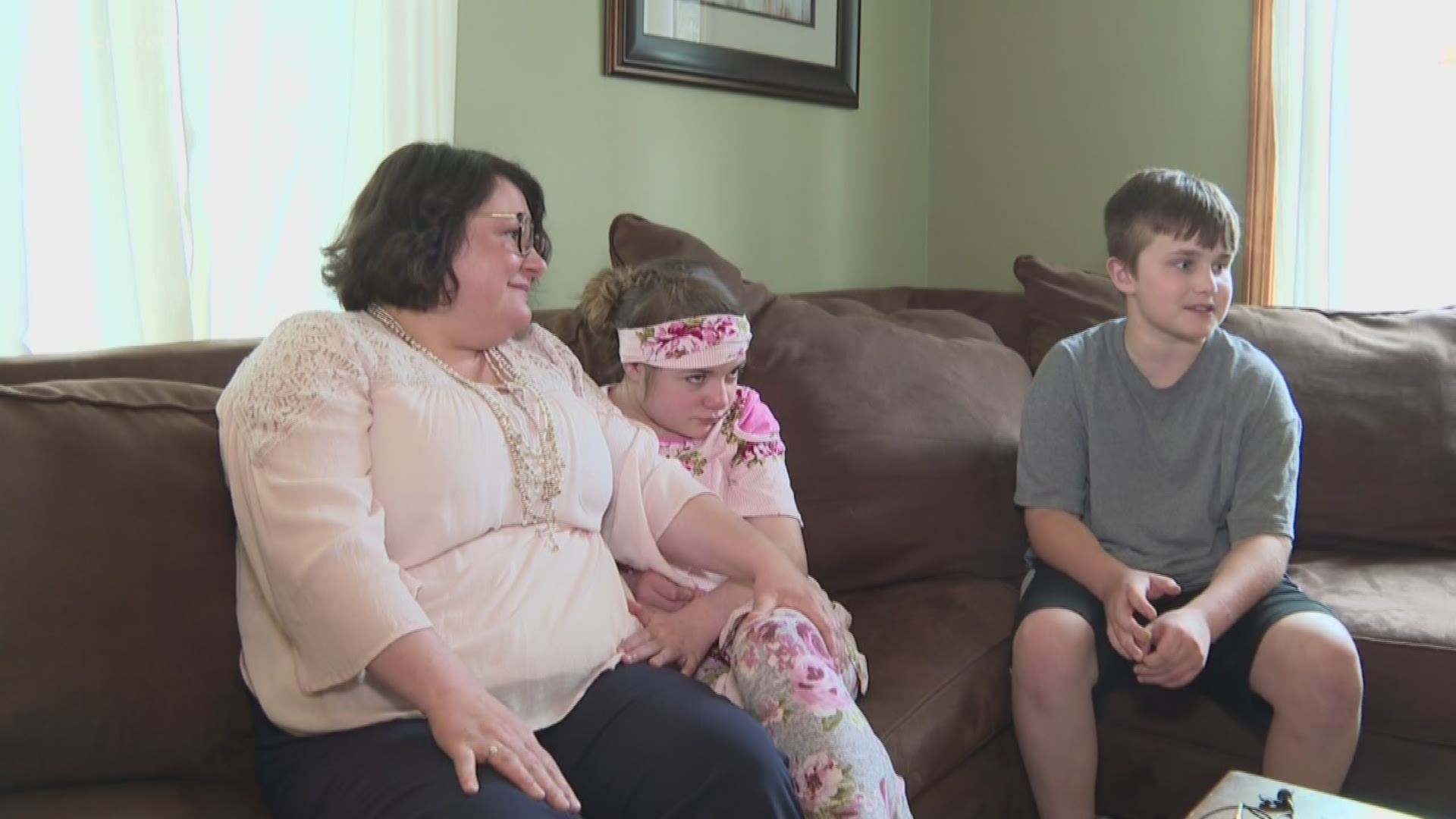 Her daughter, Izabelle, has progressive epilepsy and uses a wheelchair to travel far distances.

She’s had it since she was nine years old and was starting to grow out of it, since she's now 12.

"The state wouldn’t replace her wheelchair, now that she’s getting taller -- for another year and a half. So we would have had to wait until October 2020," Hamlin said.

When Izabelle needed the pedal of her chair lengthened to accommodate her growing legs, Hamlin turned to one of her own students for a solution: sixth grader Camden Larrabee.

Camden excels in STEM and loves to build things. He happily accepted the challenge and completed the task in under 45 minutes.

"He knew exactly what needed to be done. He worked with what was already there for the engineering," Hamlin said.

Camden described how he put the project together.

"I just took two rods, and luckily it just slid into the existing one, so then we could just drill holes and then attach it with nuts and bolts. And it was really that easy."

An easy fix that changed Izabelle’s life, just in time for her 12th birthday. Both she and her mom are eternally grateful.

"You made her birthday party better. You know, she could have been so tired that she had to sit in a chair and couldn’t walk around to build a bear and go on the carousel and all those things," Hamlin said to Larrabee.

For Camden, it’s just another day at work.

"Eh, I just thought I was going to put on the attachment. It’s really just something I do," Larrabee said.

Camden says building contraptions isn't a one-time thing for him. He wants to go to college for electrical engineering and build robots.