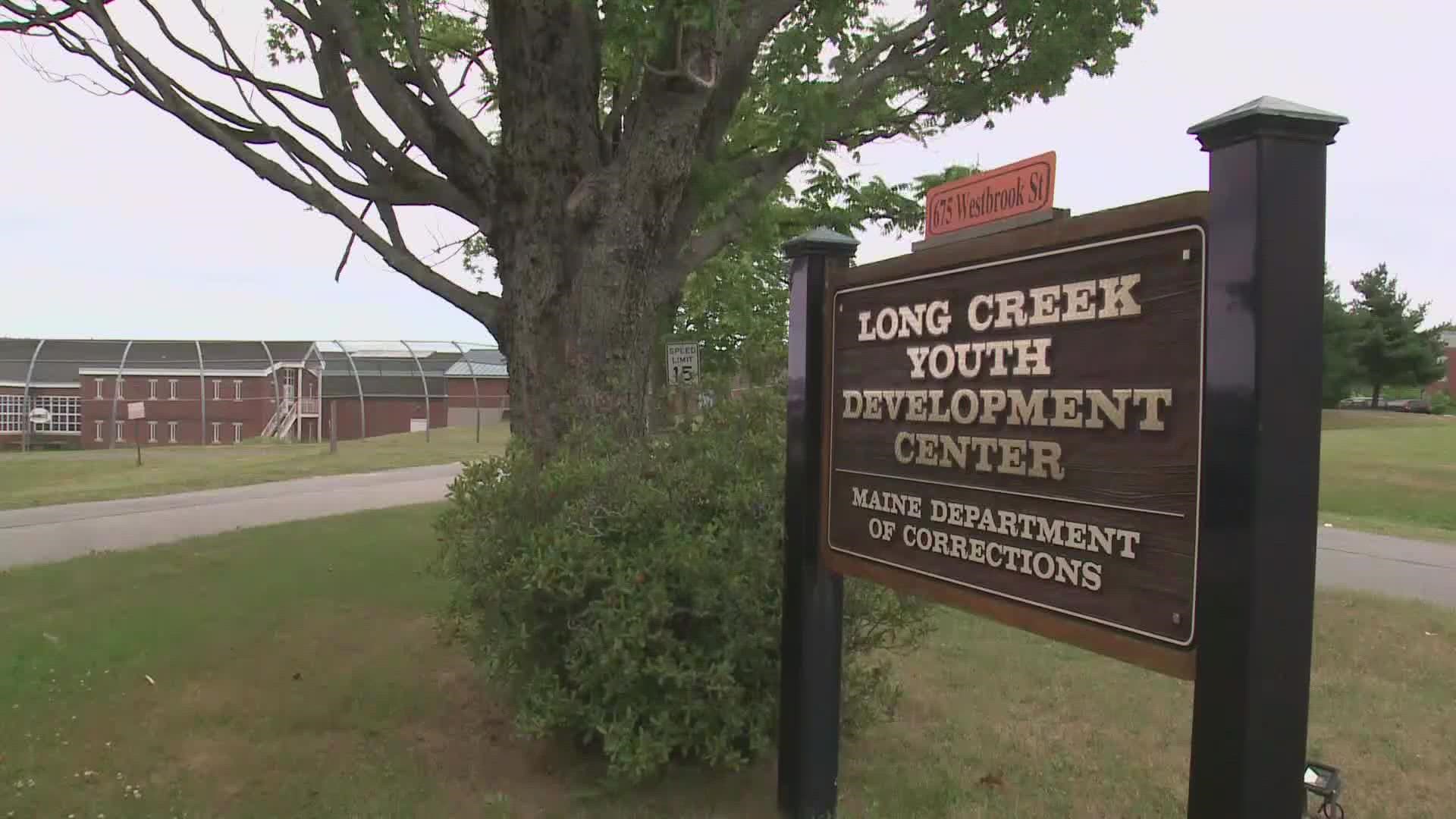 AUGUSTA, Maine — The Maine Department of Corrections has launched an internal investigation into the state's only youth detention center following reports of 'dangerous' use of restraint by staff.

In the letter, the organization detailed two incidents in which staff members allegedly restrained incarcerated young people in August.

Youth shared concerns with Disability Rights Maine staff about the use of restraints and actions in the facility's Cedar Unit.

"While we may decide to conduct a complete investigation of these incidents, and we request that you ensure that all records and information related to these incidents are preserved, we are writing today because, based on conversations with youth about the August 2 incident, and the additional information we have obtained, we have urgent concerns about the health and safety of youth at Long Creek," Atlee Reilly, an attorney for Disability Rights Maine, wrote in the letter.

Reilly called practices by staff, including alleged routine use of prone restraints, "unacceptable."

According to the letter, staff members on August 2 restrained as many as six residents. A staff member allegedly wrapped their arm around a young person's neck and knelt on their back for almost 10 minutes.

Another resident was reportedly grabbed and thrown to the floor with such force they "appeared to bounce from the impact."

The Department of Corrections responded to the accusations Friday.

"We take seriously the concerns raised in the September 2 letter. We have met with DRMM and we are conducting an internal investigation of the incidents outlined in the letter," a spokesperson said in a statement to NEWS CENTER Maine. "The health and safety of each resident of the DOC is paramount, actions taken by staff to the contrary will not be tolerated."

This comes as activists continue to try to get state legislators to shut down the facility.

In June, Gov. Janet Mills vetoed a bill that would have closed Long Creek and redirected funding to community services for at-risk youth.

"This is an I-told-you-so moment," Adan Abdikadar with Maine Youth Justice said.

Abdikadar, who works as a community and youth organizer, said he spent three months at Long Creek and knows first-hand how young people are often treated there. He claimed many situations go unreported.

"This is why we're saying the facility needs to be closed because of incidents like these," Abdikadar said.

The organization is now calling on lawmakers to introduce new emergency legislation.