Spooky Maine stories to know in time for Halloween

From ghost ships to wolfmen, Maine is full of scary folklore and mythology

PORTLAND, Maine — With Halloween just a few days away, now is the perfect time to brush up on some of Maine’s creepiest folklore and myths. There are stories of wolfmen, dueling ghosts, and haunting hitchhikers.

In Portland, two ghosts are said to still be dueling after their bodies were buried together in Eastern Cemetery, according to Jamie Rice, deputy director of collections and program with the Maine Historical Society.

Rice said the two dueling spirits are those of Lt. William Burrows of the USS Enterprise (an American vessel) and Commander Samuel Blyth of the HMS Boxer (from the Royal Navy). The two ships met in battle off the coast of Maine on Sept. 5, 1813, during the War of 1812, according to Naval History and Heritage Command.

The battle lasted for half an hour with the U.S. emerging victorious. It ultimately cost both ship commanders their lives. Blyth was killed in the first shots of battle, and Burrow had his thigh torn into by a musket ball, a fatal wound. He stayed on deck until the end, according to Naval History and Heritage Command.

The HMS Boxer was brought to Portland as a prize, Rice said. And the battle was significant because victories for the U.S. were few and far between up until this point in the war, according to the deputy director.

After two days of planning, both Burrows and Blyth were given an impressive state funeral, and they rest side by side, according to Naval History and Heritage Command.

Rice said the popular ghost story is both former ship commanders can be seen still dueling in the cemetery on certain nights.

Then there’s the tale of the schooner Dash, a speedy privateering American ship that also operated during the War of 1812. An article on Casco Bay Lines’ website said the Dash was built in Freeport in 1813, and the Porter brothers designed the craft to be so quick it could evade British warships blockading Portland Harbor.

The Dash went out to sea in 1815 and never returned, according to Rice. The myth is occasionally it’ll appear on the horizon as a warning. Those who witness it are said to have death in their family shortly after.

In Bucksport, there was a different sort of ghost seen in the early 1800s, according to local legend. Rice said people in that town reported seeing a Peeping Tom in their second-story windows. These were windows without a way for ordinary folks to access them.

Rice has been with the Maine Historical Society for around 17 years and said it’s important to preserve stories and learn from history.

“It’s a way to engage with the community,” she said. “A shared sense of appreciation for the place that we live. What is currently Maine and understanding what’s come before us and how we can document what we’re doing for generations in the future.”

Plenty of history has been passed down through generations, especially in Indigenous communities. Having conversations and talking about these things is important to keep memories alive, Rice said.

She added, “History is our business.”

If that isn’t enough ghost stories, Maine also has famous specters known as women in white, according to Michelle Souliere, who runs a blog called Strange Maine. Souliere even wrote a book on Maine folklore titled "Strange Maine: True Tales from the Pine Tree State."

Women in white are said to be regularly encountered by drivers on lonely stretches of Maine’s winding roads, according to Souliere. Then there are cryptids, which are defined as “an animal (such as Sasquatch or the Loch Ness Monster) that has been claimed to exist but never proven to exist.”

Souliere said this is the season of Maine’s loup-garou or werewolf/dogmen.

“October, in particular, was purported to be the time when these cursed and ensorcelled beings would terrorize lone travelers and wandering children at night,” the blogger said. “While much of the folklore associated with these accounts draw on old French legends brought here by lumbermen across the Canadian border, the recent events in Palmyra, Maine, remind us that these canid beings are still lurking nearby.”

Souliere started the Strange Maine blog in 2005 and even wrote a book this year, "Bigfoot in Maine."

“Right now I’m at 16 years and counting because I’m not stopping anytime soon," she said.

In addition to blogging and being an author, Souliere runs the Green Hand Bookshop in Portland. And she said local folklore forms an often unseen layer of local history.

“Oral history, which often includes elements such as local folklore and peculiar events, disappears when the people who know it die,” she said. “With each person’s death, sometimes hundreds of stories of Maine people and places are lost to recorded history.”

Souliere added Maine’s historical tapestry, much of it bound up in its everyday people, winds up with gaps in it because of this.

“Academic historians often focus on ‘important’ events and personalities related to business and politics,” she said. “Those of us who sift through all the ephemera of the general population know that this is only one segment of Maine’s living history, which we are all part of.”

Taking time to listen to these stories and weaving them into the state’s history helps create a fuller and richer version of what came before, and that leads to a better understanding of where everyone is today, the blogger said.

Of course, the loup-garou isn’t Maine’s only cryptid. Loren Coleman founded the International Cryptozoology Museum in Portland in 2003. And he said cryptids in Maine span the range of unknown creature sightings.

Bigfoot specifically have been spotted in the Rangeley area on Bradbury Mountain, according to Coleman. And other encounters have allegedly occurred in Sidney, Durham, and the deep woods along the New Hampshire border.

Then there’s mystery black cats and giant dog sightings, along with the Specter Moose of Maine, which goes back to the 1800s, according to Coleman. He said there are various lake monster sightings across the state and the Casco Bay Sea Serpent, Cassie.

“I’ve been involved in cryptozoology since 1960, for over 61 years,” Coleman said. “I’ve written over 40 books and have been on dozens of reality tv programs and documentaries.”

Coleman said folklore is important because it often leads to the discovery of new animals.

He added on Halloween, almost any story of creepy creatures can be scary on a dark and lonely night. 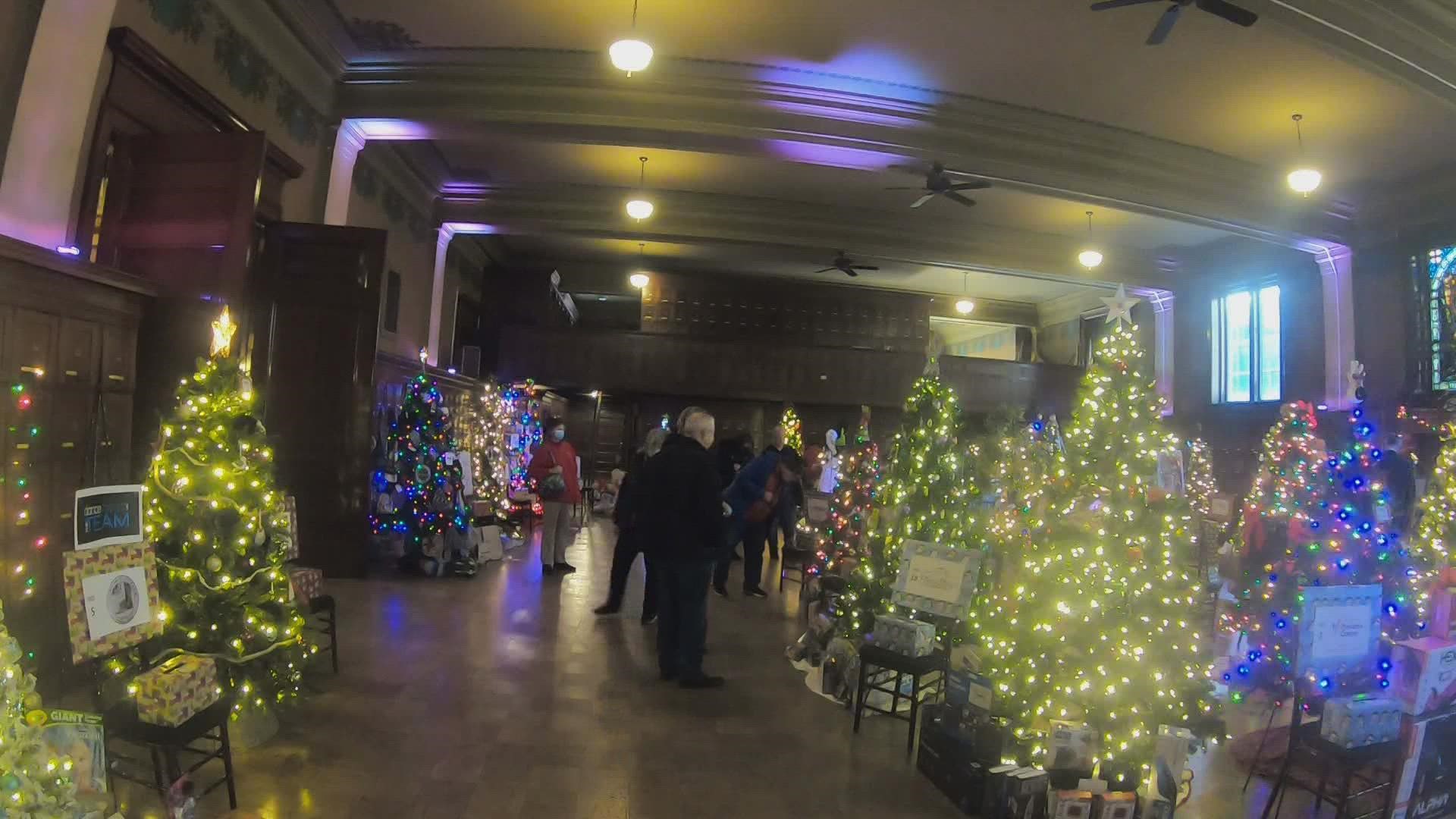 'Festival of Trees' fundraiser kicks off in Portland