For the past 5 years Snocross racing has come to Bangor for a weekend full of speed and high jumps. Despite coronavirus concerns, this weekend was no exception. 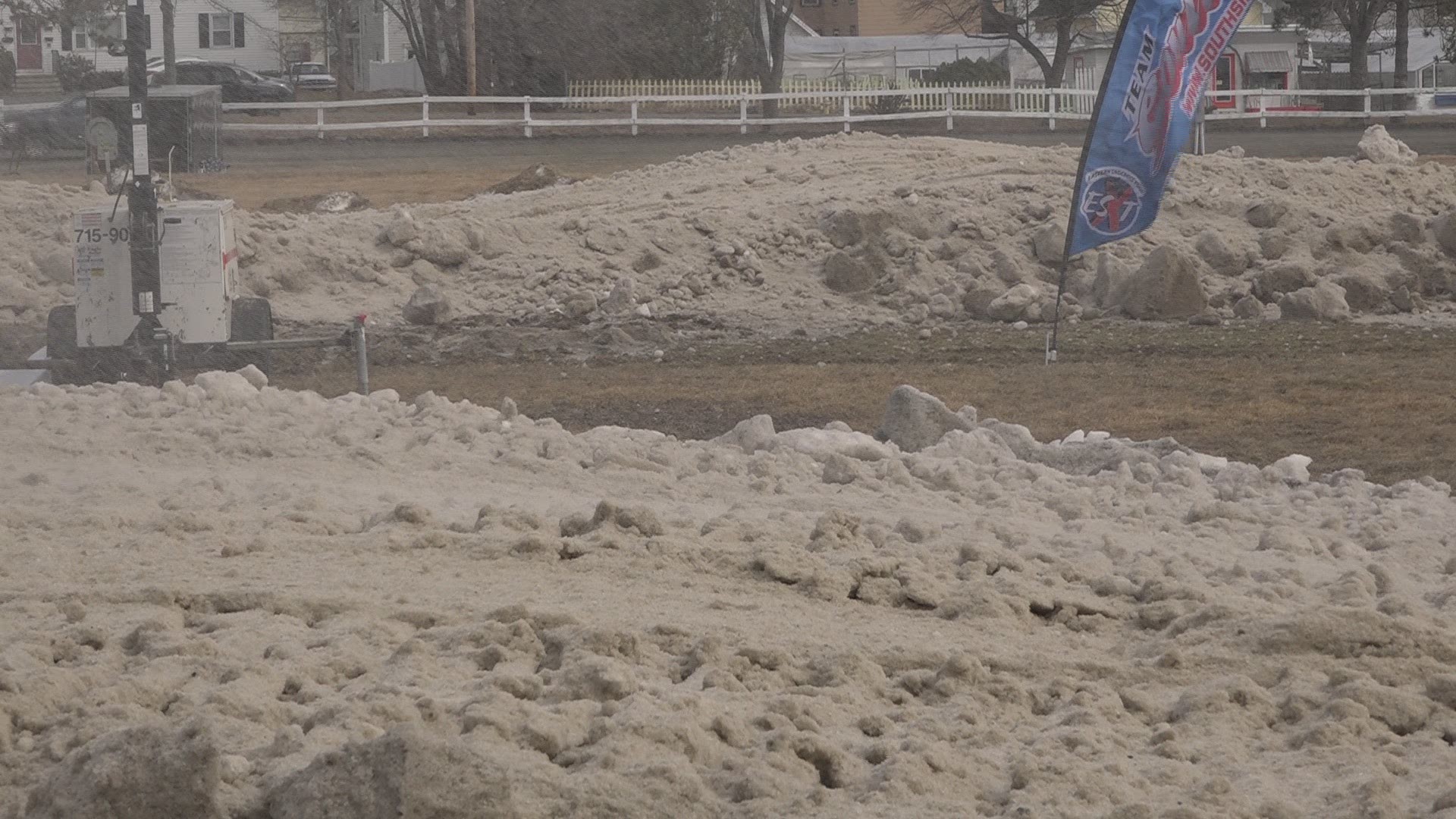 BANGOR, Maine — For the past five years, Snocross racers from all over New England have been coming to Bangor for the Eastern Snocross Tour, a two-day weekend event at Bass Park.

"It's broken up into classes between, CC's or power of snowmobiles, and age of riders or ability of riders," Bruce Gaspardi, the owner of the series, said.

It's a weekend full of high-flying and fast-paced snowmobile riders, but the professional riders say it's been a rough season. Snow conditions have not been great for practice and the coronavirus has also been a challenge in finishing their season strong.

"Snowfall has been pretty low all season, it's kind of warm temperatures all season, and it makes it tough for the series, racer Corin Todd said.

"To top it all off here we are near the end of our season and the virus is definitely an issue," Gaspardi said.

The management team of the snocross race says because the event was all outdoors in the open air, they decided to proceed with the Snocross event.

"We had the ability to have and everything inside in here because the building is nice and big, we moved all that outside, so we took all that outside, we have 5 different wash stations for people to wash their hands or clean because a lot of times in these events you can't," Gaspardi said.

This weekend included 120 racers from all throughout New England ranging from ages 8 to 40 years old.

"Back with a lot of our friends that we grew up racing with, so its been kind of relaxed and we are having a lot of fun," Todd said.

"Jumping...it's a lot of fun to just like look down and see that you are 10 feet in the air," 11-year-old race Kamden Duffy said.

RELATED: Gov. Mike DeWine orders the closing of all Ohio restaurants and bars, carry-out to still be available

The coronavirus didn't stop fans from attending this weekend.

"We love snowmobiling, and we just wanted to come out and see some racing in a safe environment," Dennis Bean said.

"Whether or not we should come or not...we really thought about it but we were like hey we wear our masks and our suits and we'll have a good time," Kennen Bean said.

"We are trying to raise more awareness about it and just to keep people protected from it," Kennen said.

Organizers found a way people could give back to their communities.
Collecting cans for its "Hungry for the Holeshot" food drive to benefit the Good Shepherd food bank.