At the meeting, Sacopee Rescue Chief Lori Edgerly answered questions about what lead to the suspension, and where the agency goes from here 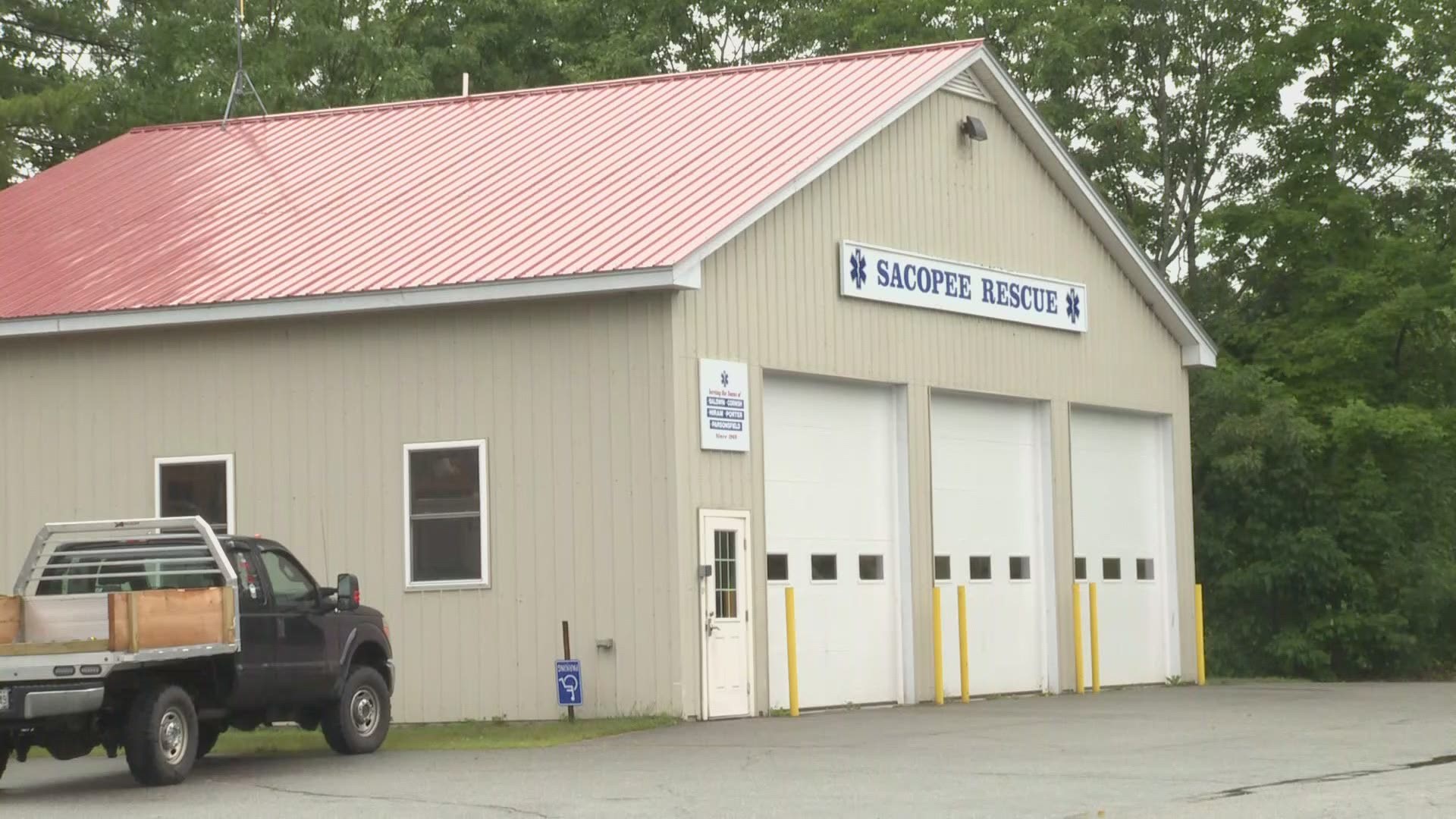 PORTER, Maine — Just two days after Sacopee Rescue's immediate suspension for health and safety violations was lifted, the agency's chief and board of directors met with town officials from Porter, Hiram, Parsonsfield, and Cornish.

Sacopee Rescue Chief Lori Edgerly faced questions from multiple select board members about what lead to the suspension.

According to documents provided to NEWS CENTER Maine by Maine EMS, Sacopee Rescue faced immediate suspension for issues including dried blood left on a laryngoscope blade, and unfilled vials of the seizure medication Versed.

Tonight: Sacopee Rescue's chief & board of directors talked w/ select board members from the 4 towns the agency serves regarding the now lifted suspension of the agency for advanced EMT and paramedic calls due to health and safety concerns @newscentermaine pic.twitter.com/4llq9qg1Cv

Chief Edgerly said during the meeting, inspection documents were not provided to Sacopee Rescue in a timely manor. She said that made it difficult following the inspection to know what issues needed to be addressed before re-inspection of the agency.

The Maine EMS Board voted to immediately suspend Sacopee Rescue on July 7. That allowed the agency to only respond to more routine EMT calls, not advanced EMT or paramedic calls.

Sacopee Rescue passed re-inspection on July 12 and could return to normal operations.

Chief Edgerly said during the meeting in regards to the issues that prompted suspension that she had to ask the Maine EMS inspector to show her the dried blood on the laryngoscope blade because she could not see it. She added that she believed the laryngoscope to have been clean, and said it's a tool not used frequently, and the agency has another device to assist patient breathing.

Edgerly also said unfilled vials of Versed were not replenished before inspection because eligible staff were not able to make it to make it to Maine Medical Center where that medication is refilled. Edgerly added that there was still medication on their rescue units, just not enough to meet state requirements.

"At no time was the community ever put in an unsafe environment or anything like that. I don't know. There's a lot of things that transpired that just didn't go our way I guess," Edgerly said during the meeting.

Much of the meeting focused on ways for Sacopee Rescue move forward and ways ensure these issues to not continue. At one point however, Sacopee Rescue board member Mark Bolton spoke against Edgerly, and claimed issues like this were not a "one time occurrence." Bolton said earlier this week, he asked Edgerly to step down from her position.

"We violated state laws that every EMS service has to abide by. She might not like the fact that we got hit, but there are state laws. We might not use the laryngoscopes much, but they're expected to be clean," said Bolton.

"I have no personal agenda to remove her from any position, but I am not happy with her performance and I want that to be noted," said Bolton.

Following comments by Bolton, the attending select board members from the four towns served by Sacopee Rescue entered into an executive session.

The select board members came out the executive session after roughly 15 minutes and said they want to plan future meetings to continue discussing issues with Sacopee Rescue with a member of the Sacopee Rescue board of directors.

Chief Edgerly said she would also like to part in additional meetings with town officials to continue ensuring safety through her agency.