It was a busy Friday for Santa Claus, who goes by Gene Fitzpatrick in the offseason. He delivered donuts and coffee to COVID vaccination site workers and volunteers. 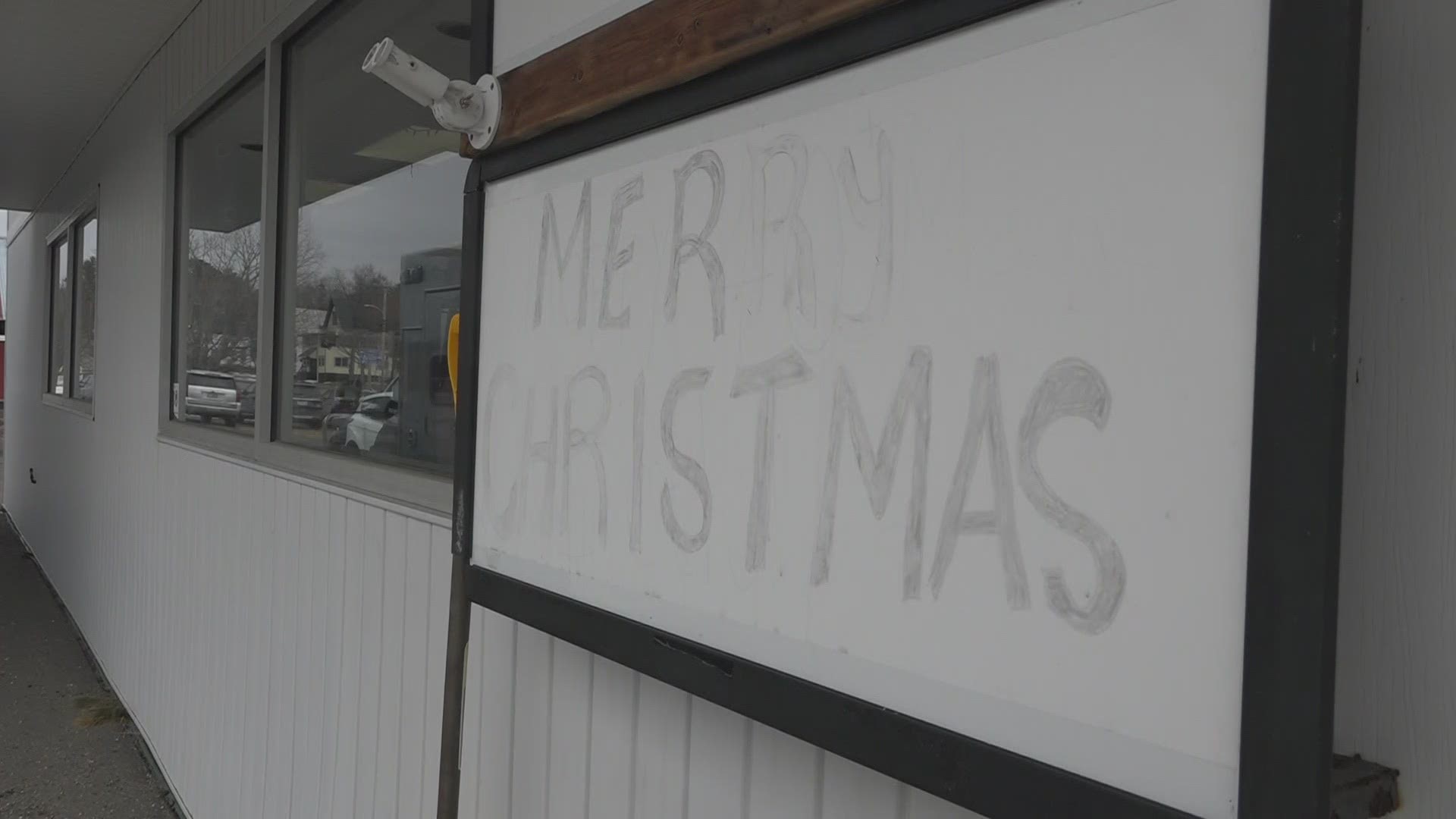 DOVER-FOXCROFT, Maine — It was another busy day Friday for Northern Light Heath as volunteers and workers administered COVID-19 vaccines around the state and in Piscataquis County.

There was a steady flow of traffic at the Piscataquis County Ice Arena in Dover-Foxcroft when a familiar face arrived with plenty of presents.

“I know it's an odd time for Santa to be out and about but it’s an important time for all of us to be so thankful.”

During the offseason, Santa goes by Gene Fitzpatrick, a Sales Engineer who fell in love with the Christmas season when he was a child.

Instead of leaving presents by the tree, Fitzpatrick needed to be screened at the entrance to the vaccination site. Once inside, workers and volunteers were treated to snacks and much-needed caffeine.

“You know they’re jeopardizing their potential health to help all of us so I just wanted to say thank you and bring them some donuts and coffees and get a few smiles," Fitzpatrick said.

As he does in December, Santa didn't stay put for very long. It was time for the next stop at the Northern Light clinic in Greenville.

Sandy Sikes is an Advanced EMT and ER Technician with Northern Light C.A. Dean Hospital. She said it was a surprise to hear Santa's bells and see his beard during the Easter season.

“Santa was pretty incredible he was very uplifting for all of us. I think we all need the caffeine, it’s been pretty busy for us all," Sikes added.

For Saint Nick, Friday was the day to get his final dose of the vaccine.

“When you get shot number two, there’s some sense of security there," he added.

Mrs. Claus, otherwise known as Mary Ellen Fitzpatrick, also got her second shot Friday. She made the Santa outfit for Gene's father when the family was expecting kids.

After they were born, Gene wore it during a public skating lesson, and Mary Ellen said that was that.

“From that moment on it just took off.”

“People light up when they see him, it doesn’t matter what age," she added.

For more than 30 years the Fitzpatricks have helped spread holiday cheer to Mainers, during the season and outside of it. After Friday's visits, Gene said he needs to start fattening up before winter rolls around.

He also spends time golfing and lobstering on his boat the 'Red Sled'. Mr. and Mrs. Claus were accompanied by the family dog during Friday's trip, his name, of course, is Rudolph.