On activism and identity: a conversation with change-makers in Portland

The event was sponsored by Maine Initiatives and Americans Who Tell the Truth, an organization that uses artistic portraits as an inside window to the causes of social activists. 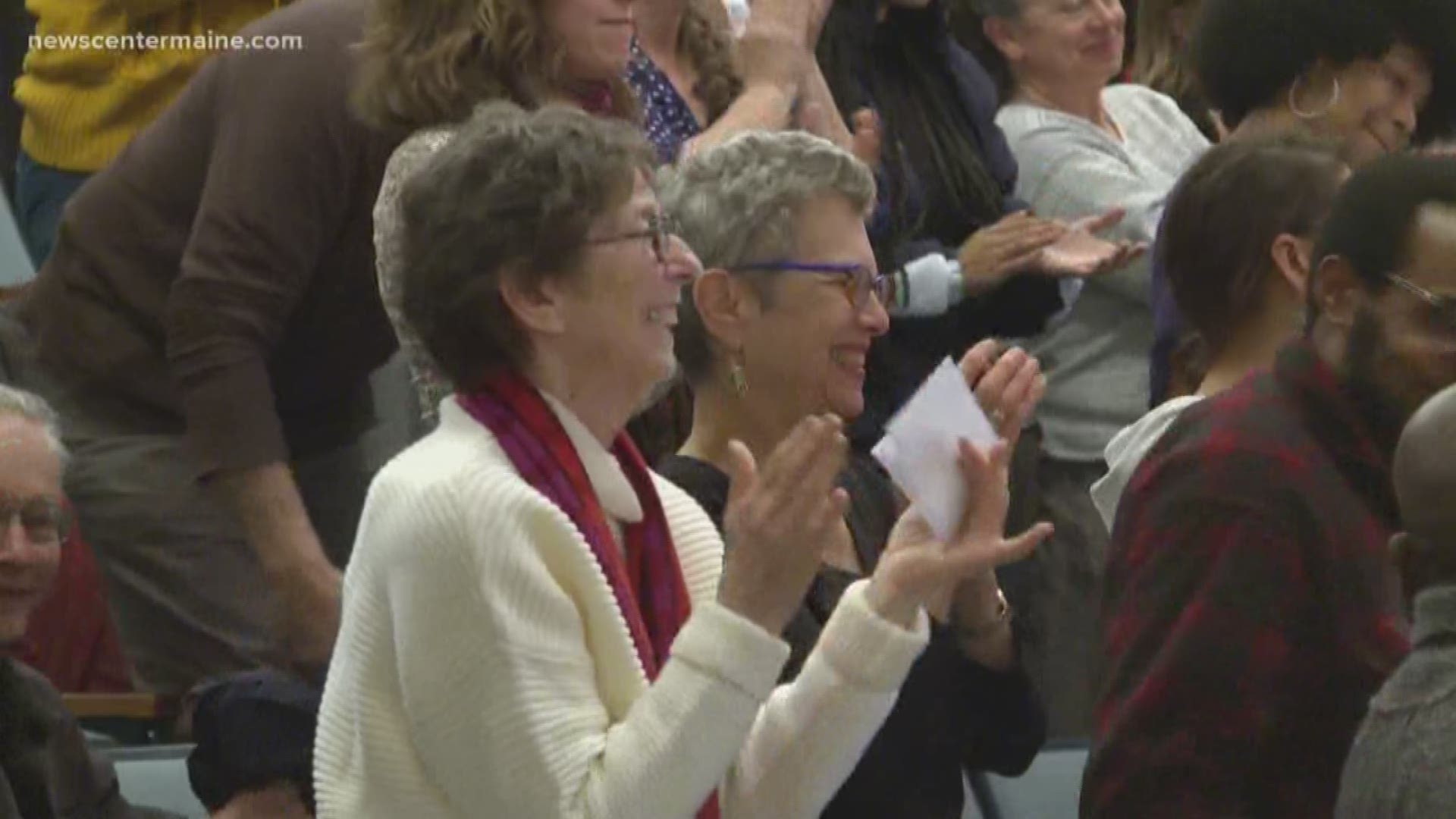 The event was sponsored by Maine Initiatives and Americans Who Tell the Truth, an organization that uses artistic portraits as an inside window to the causes of social activists. The discussion focused on the legacy of systemic racism in the U.S. and what can be done to dismantle it.

The first activist, Bree Newsome Bass, is most famous for scaling the flagpole at the South Carolina state house and removing the confederate flag in 2015, following the massacre of black churchgoers in Charleston.

"The symbols themselves, you know, the monuments to the confederacy, the flags of the confederacy -- they themselves don’t make oppression happen, right?" said Bass. "But removing those symbols and discussing why they were raised and why it’s important to take them down is key to understanding how we dismantle racism itself."

Symbols have taken center stage in Maine, in the form of school mascots. Earlier this month, Skowhegan became the last school in the state to retire their "Indians" nickname. The decision came after a previous vote in 2015 to keep it.

RELATED: Skowhegan grapples with a long-standing debate over changing their mascot

"I don’t know how many times I’ve heard, 'Well I’m a Skowhegan Indian, that’s my heritage.' It’s getting to be their rallying cry, and so many of us are thinking, 'Why can't you see how wrong that is?'" said Penobscot National Tribal Ambassador Maulian Dana. "But I do think that we’ve gotten to a place of education and communication and really breaking down a lot of barriers around these mascots."

The activists hope their candid conversation inspires unity and action.

"Oftentimes, it is young people that are leading the way on issues like racism and climate change and gun control," said Bass. "So I think it would be only to our detriment to not prioritize having young people in these conversations and bring them into the conversation."

"I do think being minority people, women of color, in this country -- the more we stand together, the better. And the more we have each others' backs, the better," said Dana.