On Sunday, about 180 people ran or walked in the 2021 Corporal Cole Memorial 5k & Half Marathon. 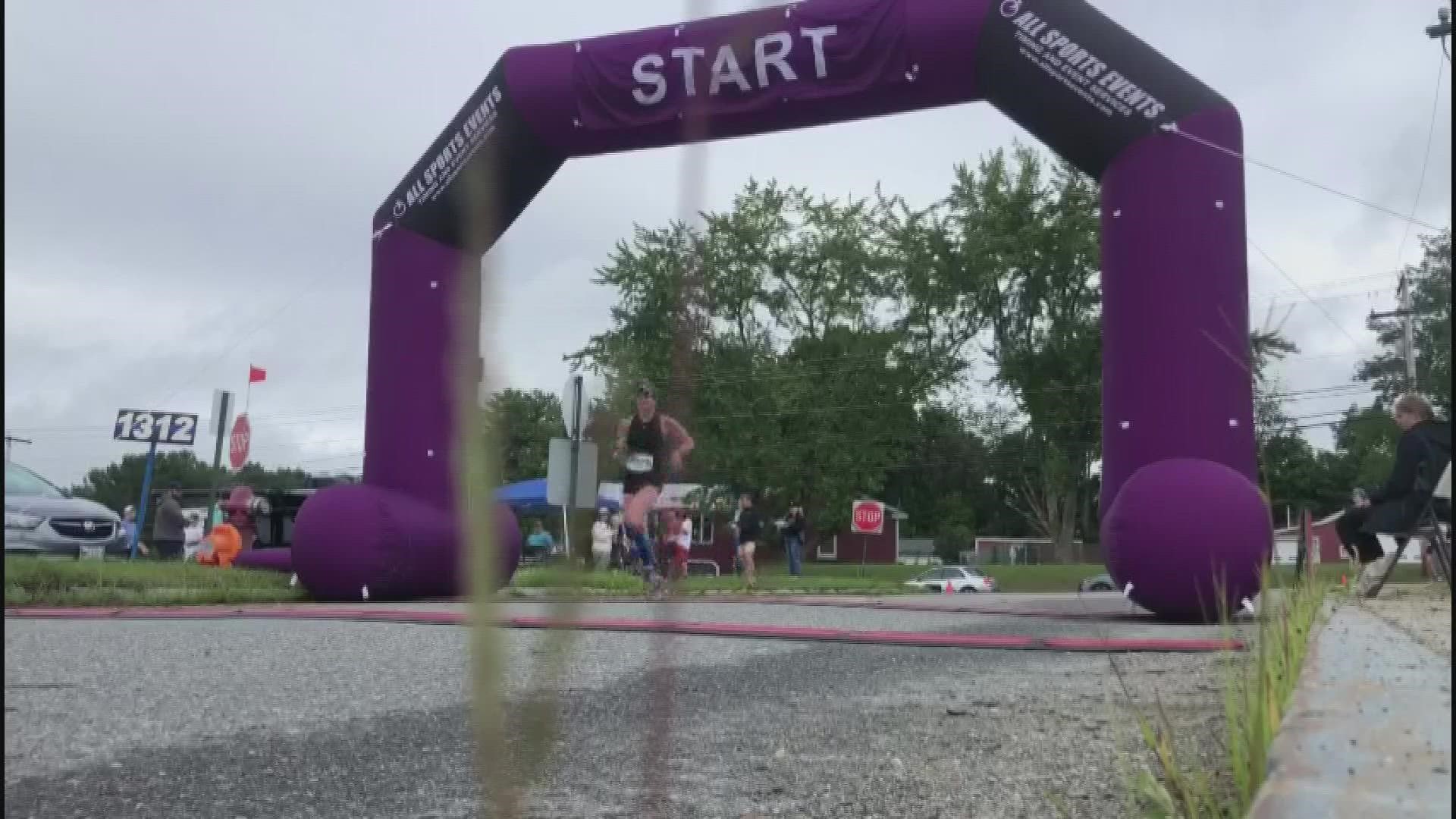 Corporal Cole was killed in April of 2018 in Norridgewock after attempting to make an arrest.

To honor his memory, more than 150 community members ran or walked in his name in Norridgewock on Sunday in the 2021 Corporal Cole Memorial 5k & Half Marathon.

The race raises money for a scholarship that Corporal Cole's family started at the Maine Community Foundation to honor his passion for law enforcement.

“To see all the first responders, from all over coming together and he's not forgotten. My brother is not forgotten because they remember!"  said Tom Cole.

"We are just celebrating the man that he was!" Tom Cole said.

"He was loving, compassionate, he was fair, you know just a great guy, and he had a story about everyone!” said Logan Roberts, who works for the Somerset Sherriff’s Department.

Roberts says Cpl. Cole taught him everything he needed to know during his first 8 months on the job as a 22-year-old.

“Even to this day, sometimes I'll be somewhere and get choked up about it, it'll never not be there,” added Roberts.

Many participants raced in uniform on Sunday. Roberts was the first officer in uniform who made it back to the finish line.

Jeff Pardue, who works for the Falmouth Police Department, made the drive to Norridgewock to show his support. Pardue said, "This is an awesome opportunity for us to come together as a profession, not only law enforcement but all first responders, and come out today and obviously show our support, but also bond as one unit."

“So it's important for me now to honor them both, in one large setting,” said Baxter.

Today in Norridgewock: A 5K & Half Marathon in honor of Corporal Eugene Cole.
Cpl. Cole was killed in the line of duty on April 25th, 2018.
All of the race proceeds will be going towards a scholarship fund.
More details tonight on @newscentermaine. pic.twitter.com/UOff4jLPPT

“To me, it makes sense to wear exactly what I would wear to an emergency, and to the accident when I responded, that's what I wore too,” said Baxter.

Baxter raced with a heavy heart.

“I have a feeling it's going to be really emotional, I cried yesterday thinking about it,” said Baxter.

Many people pushed their limits throughout the race in honor of Corporal Cole and other fallen heroes, including Bruce Ferris, the oldest race runner.

“I've been doing it every year since we've had the Corporal races here and this will probably be my last walk, I just turned 87 Monday!" said Ferris.

People can donate in Corporal Cole's name directly to the Maine Community Foundation. The proceeds will all go to support a community member who is interested in pursuing a career in law enforcement or public safety and is deserving of the scholarship.