Maine sees spike in scam victims ahead of holidays, luring people out of thousands of dollars

The 'fraud-apocalypse' is among us. "A person has actually shown up at the victim's house to physically take possession of the money," Bangor PD Sgt. Betters said. 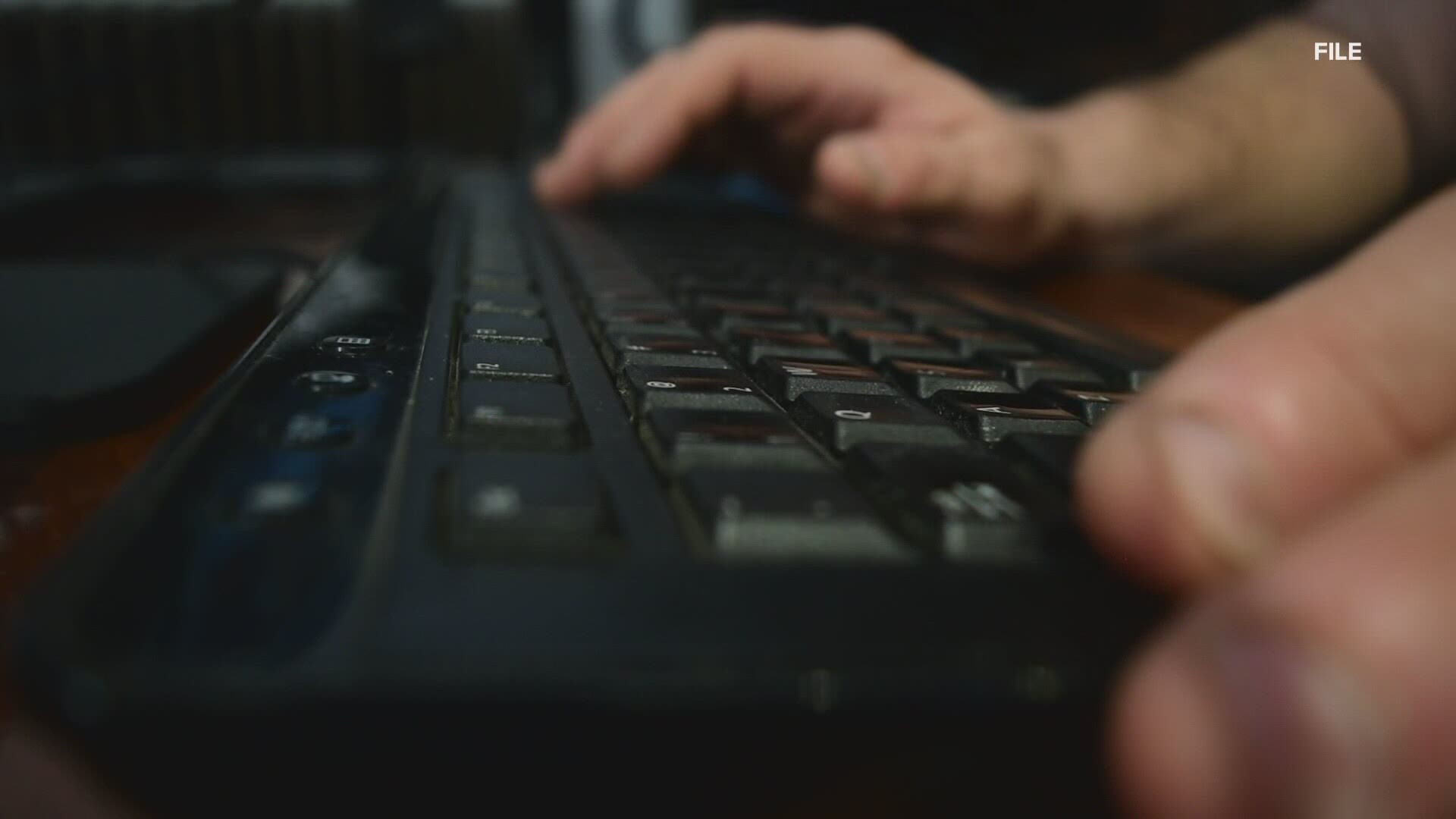 COVID-19 has many of us spending a lot more time in front of our computers, working from home, and relying on the internet to stay connected all day long. Scammers know that and are taking advantage.

Whether it's a rental, online shopping, or credit card scam, scammers will take advantage of any opportunity nowadays. With the holiday season upon us, you have to be more vigilant.

There's a new wave of scammers in our communities.

"We've now gotten a few reports that a person has actually shown up at the victim's house to physically take possession of the money," Public Information Officer for the Bangor PD Sgt. Betters said.

Police departments are telling NEWS CENTER Maine about people showing up at victims' houses to pick up thousands of dollars after convincing them, for example, that someone they love is in jail.

COVID-19 has many of us spending a lot more time in front of our computers, scammers know that and are taking advantage. Currently, a new wave of scammers is in our communities here in Maine. I'll explain what that means tonight on @newscentermaine. pic.twitter.com/W88WcOk9Gw

"It's very different for us to actually hear of a scammer working with someone locally to physically show up at a residence to receive money in person," Sgt. Wade Betters from the Bangor Police Department said. "We've had a few reports of that now, and that's very concerning for us and that's something that we are aggressively pursuing right now."

"The person who doesn't quite know that he or she is being scammed is physically handing money to a stranger who they believe is a government entity, a government officer, a police officer..."

"We've been calling it fraud-apocalypse. It's just been a ton of cases," Grover said.

Do your research before you put your money into anything.

"Just the claims and the cases that we've been processing, it has at least quadrupled from a normal year," Grover said.

"I wouldn't say 100%, but it is extremely unlikely that if you send money into one of these scammers, that you'll get it back," Betters said.

Police in Maine and New Hampshire are warning residents to be aware of phone scams asking for money or pretending to be the NH Supreme Court.

In Maine, the scams have a few things in common: First, the scammers prey on the elderly, often saying their kids or grandkids are in trouble and need money to help them. Also, the vehicles that come to the victim's houses to collect the money are vehicles with New York license plates.

On November 13, the Sheriff’s Office took a complaint from an elderly woman in China who had been scammed out of $18,000 in cash. She got a call from a man she thought was her son-in-law. The woman was told that he had been in an accident and the police were holding him in jail. She was told to get $18,000 in cash together and someone would come by to collect the money to use for bail. She was told to wear a mask when she came to the door and put the cash in an envelope.

A white man described as “smaller build and clean-cut” arrived in her driveway in a black Cadillac Escalade with a New York registration plate. The suspect vehicle was described as having a lot of chrome and fancy looking. She then handed the money to him and the suspect drove away.

In Bangor over the last few days, older and more vulnerable residents have fell victim to scammers, with approximately $30,000 lost so far.

In these cases, the scammer(s) called the victim(s) and pretended to be a family member who’d “been arrested,” and needed money to “get out of jail.” In order to “help,” the victims were instructed to gather money and give it to a “courier” allegedly sent by a “lawyer.”

The victims received a follow-up phone call from someone claiming to be a lawyer as well. A short while later, a person associated with the scam arrived at the victim’s residence, collected the payment, then left. The Bangor Criminal Investigation Division currently trying to locate and identify the registration number on, and occupants of a newer, black Cadillac XT5 SUV. This vehicle may have State of New York registration plates.

And then there's the Supreme Court phone number scam going on in New Hampshire.

In the last week, multiple NH residents have received calls that appear to be coming from the New Hampshire Supreme Court’s (603) 271-2646 phone number. In all reported incidents, the scammer identified himself as “Officer Edwards” and claimed that the resident had missed jury duty and would need to pay a fine to avoid a warrant being issued for their arrest.

In a press release, the New Hampshire Supreme Court said it will never call potential jurors about missed jury service. The New Hampshire Judiciary will also never request payment over the phone for failure to appear for jury service. Any attempt to solicit money or personal information in order to avoid an arrest warrant being issued is a scam.

The Attorney General urges New Hampshire residents take the following steps if they get one of these calls:

Police in Maine and New Hampshire are asking anyone with information on any of these scams to contact them. If you believe you have been scammed, call and report it to police.

You can call or visit your local police department to discuss any situation you feel might be a scam.

Remember to also double-check any website at which you buy gifts this holiday season.