Crews spent Monday afternoon putting pieces of the headstones back where they belong in the cemetery using town records to identify them. 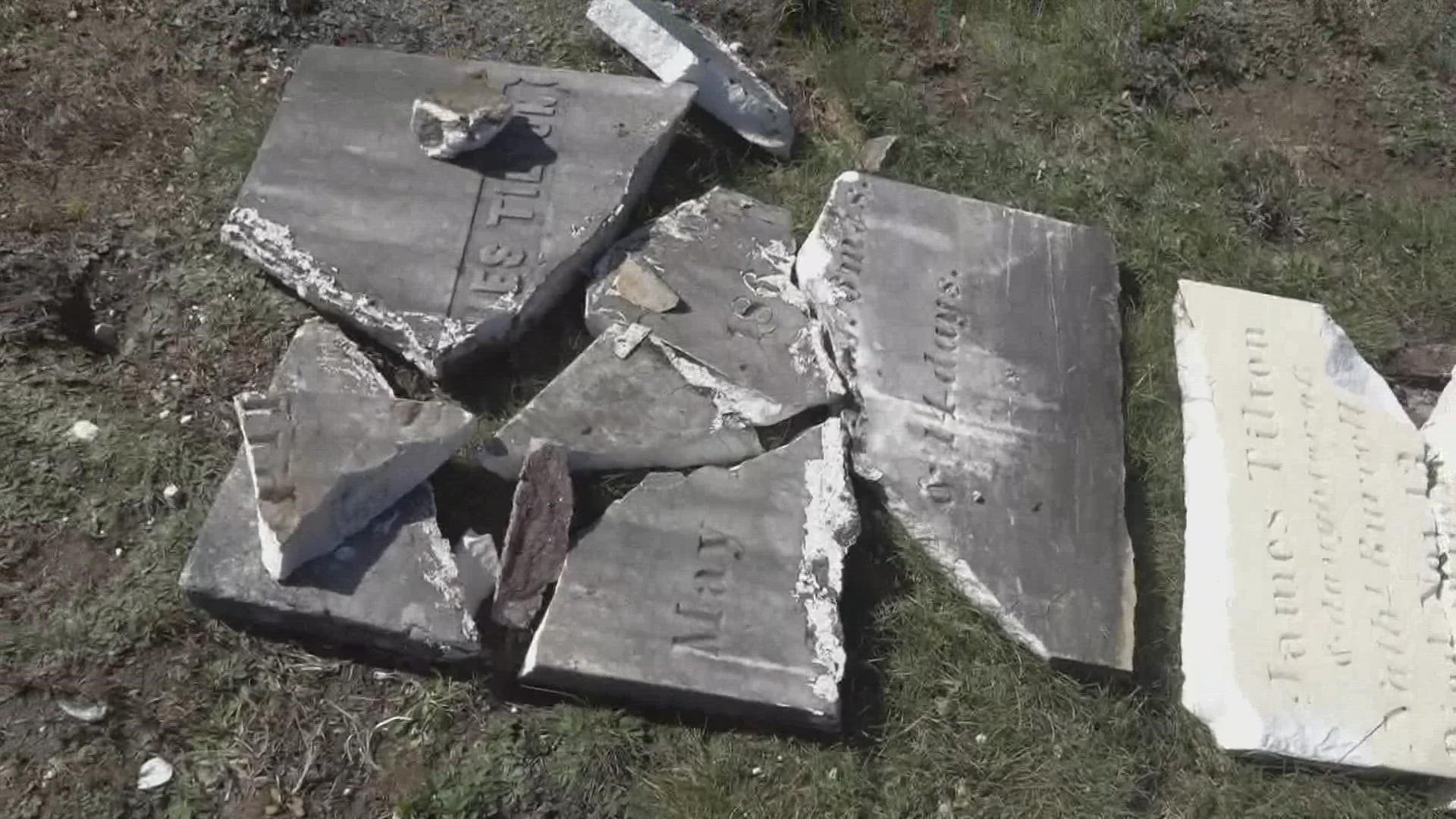 KENDUSKEAG, Maine — Several headstones were damaged or destroyed last month after a driver crashed through a fence and careened into the Kenduskeag Village Cemetery.

On Monday, the Kenduskeag Cemetery Association finally got to go check out the damage after waiting for a month for a green light from the insurance company that did its own assessment.

Crews spent the afternoon putting pieces of the headstones back where they belong in the cemetery using town records to identify them.

Laurie Cookson with the Kenduskeag Village Cemetery Committee said most of the damaged stones are made of marble so the new ones will be replicas of the originals.

"Eighteen headstones need either repair or replacement and since they are so old, the stones, it’s gonna be quite expensive to get new ones," Cookson said.

Committee member Jerry Gallant is an artist and has done a lot of the rod-iron work like the fencing and a gate at the cemetery. Gallant says he will have to replace three sections of the fence from the accident.

Cookson said it was actually a relief to go in and clean up and at least put the stones back where they belong until they are replaced next year.