'I'm not in prison anymore, but my addiction was my prison': Maine sees record number of drug overdose deaths in June

60 Mainers died in June from drug-related overdoses. That's the highest number of fatal overdoses in one month according to the Office of the Attorney General. 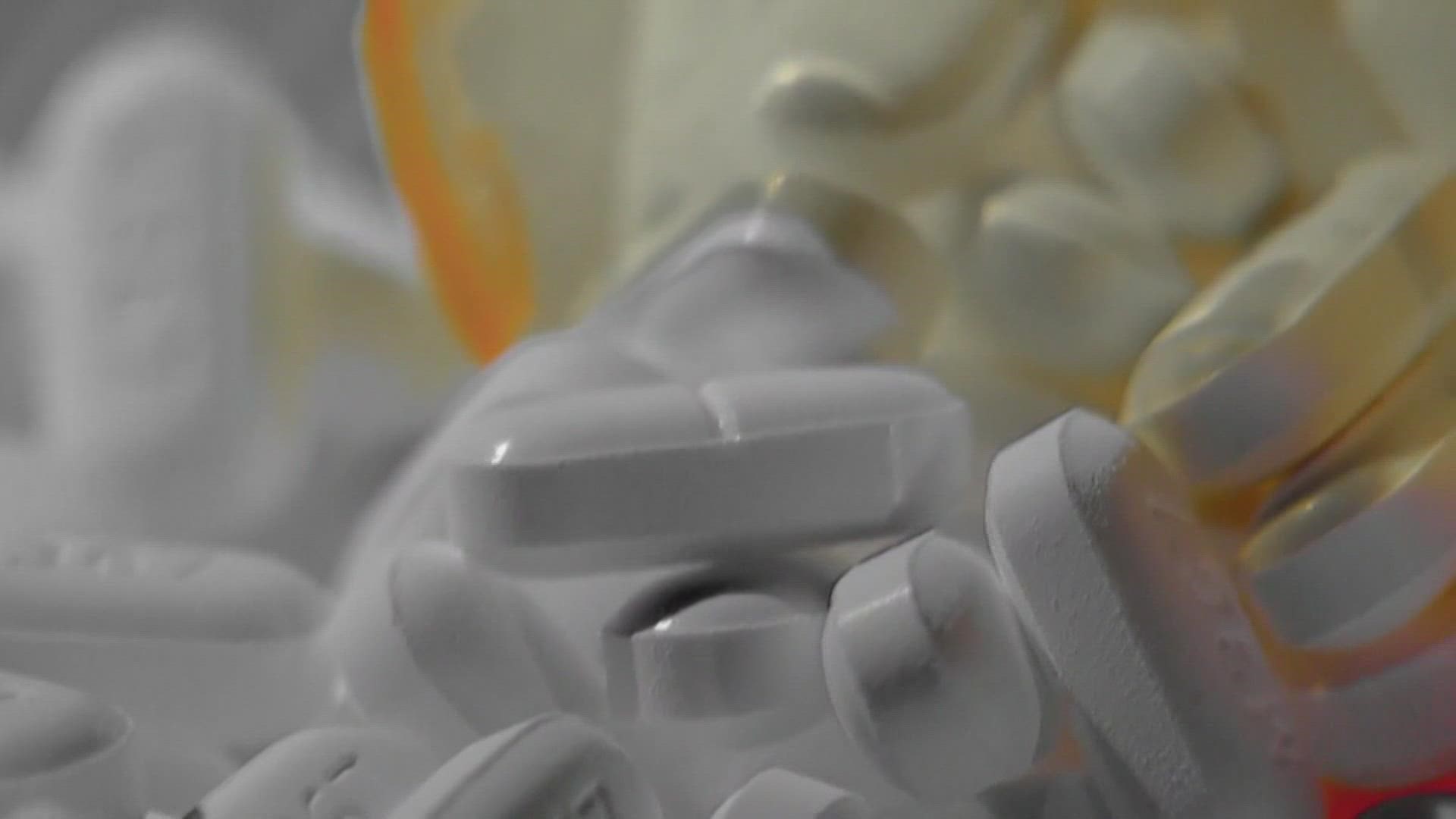 BANGOR, Maine — The opioid epidemic has a death grip on Maine.

The Office of the Attorney General and Office of Behavioral Health has released its monthly overdose report for June and shows 880 overdoses in Maine.

60 of those people died.

That's the highest number of fatal overdoses in one month so far this year.

One of the ways the state is fighting the war on drugs is by creating a new "OPTIONS" team in every county. The goal is for these overdose response teams to connect with community members who are battling drug addiction, and offer them resources.

"I have never seen it this bad I would attribute most of that to the introduction of fentanyl. Most heroin that we see is usually cut with fentanyl. I have seen people given sometimes up to six doses of Narcan before they are revived. And if they do survive sometimes there are irreversible effects like brain damage," said Manuel.

Karine shares her story of addiction with NEWS CENTER Maine in hopes of inspiring others to get clean or to avoid drugs in the first place.

"There's like so many better things to do in life than to try to use a drug, to like make you happy," Karine said.

Karine said two of her friends recently overdosed after taking "very strong heroin" which she now knows was laced with something else, and were saved by police officers who administered Narcan.

"That stuff that day, it was like so strong like you do a little bit of it and you and right after I shot it I passed out," said Karine.

Karine shared she started drinking, smoking pot and cigarettes when she was just 13.

"Then it turned into my best friend's mother was prescribed Percocet," said Karine. "Her mom didn't even have a clue, we were taking handfuls."

Percocet is a commercial name for Oxycodone. A highly addictive drug that can kill you when mixed with alcohol or when too much is taken at once.

"It was a struggle because I didn't want to go to school unless I had something in my system," shared Karine.

She said a lot of her friends in school were into pills from an early age. "A good majority of our school was addicted to opiates," said Karin.

"I remember there were a couple close calls that I said maybe I shouldn't go to bed right now, cause I was afraid I wouldn't wake up," said Karine.

Karine started committing burglaries, all to feed her addiction, she ended up in Jail and has been in and out ever since.

"We've created the OPTIONS program, to place mobile response teams in every Maine county to engage those communities that have high rates of overdose," said Governor Mills at the annual opioid crisis summit.

The OPTIONS team in Bangor recently kicked off.

"We do a little bit of assessment to figure out where they are and what they need and try to provide services or hook them up with folks that do provide services," said Adam Perkins, OPTIONS liason.

He said his goal is to reduce the spike in deaths from opioids or other substances and to increase the positive outcomes for users by connecting people to counseling services, mental health services, and treatment options.

"If we can get information out there that there is ways to get help," said Officer Manuel, who is also part of the team. "I've seen it over and over, people try and get clean on their own, it's very rare for someone to be able to get off of these drugs by themselves because it's so addictive."

The city of Bangor's homeless outreach caseworker Torelin Jager said whether you know it or not, addiction touches all of us.

"It has come to a point where you know somebody who has substance use disorder whether you realize it or not," said Jager.

In June there were 880 overdoses in Maine that the Office of the Attorney General knows of, 60 of those turned fatal. So far this year, 310 people have died from overdoses. That's 21% more than at this time last year.

"We do have treatment facilities around here, it does seem it's hard to find a bed that is open sometimes, and then there are costs associated for some of these places for people, people that live great ways away, there is travel cost and things like that, and who's going to pay your bills when you go to treatment?" said Bangor Police Departments Sgt. Wade Betters.

He said the state needs a holistic approach.

"We'd like to see places that are built that house crisis workers, substance abuse counselors, job training/life skills type people," added Sgt. Betters. "This seems like the type of problem where there has to be a significant increase in the amount of federal money, or money flowing in to make these type of rehabilitation centers."

Maine's first Director of Opioid Response Gordon Smith said long-term solutions for Maine's drug epidemic must get to the root problem, that is, at the beginning of the addiction cycle.

"It grabs ahold of you so fast, and you can't even see it coming, If I could go back I wouldn't even think twice or touch anything," said Karin crying.

Karine has been in prison four times, she was pregnant in prison twice, and her mother was already taking care of two of her kids. She knew she needed to change to be there for her four kids, so she decided to clean herself.

"I succeeded with flying colors, I never thought that I would get through a rehab, like stick it out and I did it, it was the best decision I've made my whole life," said Karine.

Unfortunately once out of prison, Karine re-lapsed.

"I know that I want to be sober, I know how happy I was being sober, my body felt normal again," shared Karine.

"I think we need people to understand that just because you see somebody who's experiencing substance abuse, or homelessness, or mental health, does not mean that they are not human, they are still a person at the end of the day, be compassionate, say hi, ask them how their day is," said Jager.

"You got to have leadership, and you got to have federal resources, we can't do this alone as a state, and of course everyone is fitting from them because the problem is across the country, I think leadership from both the Biden/Harris administration and from Governor Mills, is what over the next few years make the biggest difference in the state," said Smith.

Here's a list of resources available to people who are battling drug addiction or know someone who is: