Jesse Bouchard sculpted four ice displays during Saturday's Belfast Ice Festival. The event was a way for people to connect with the city's downtown. 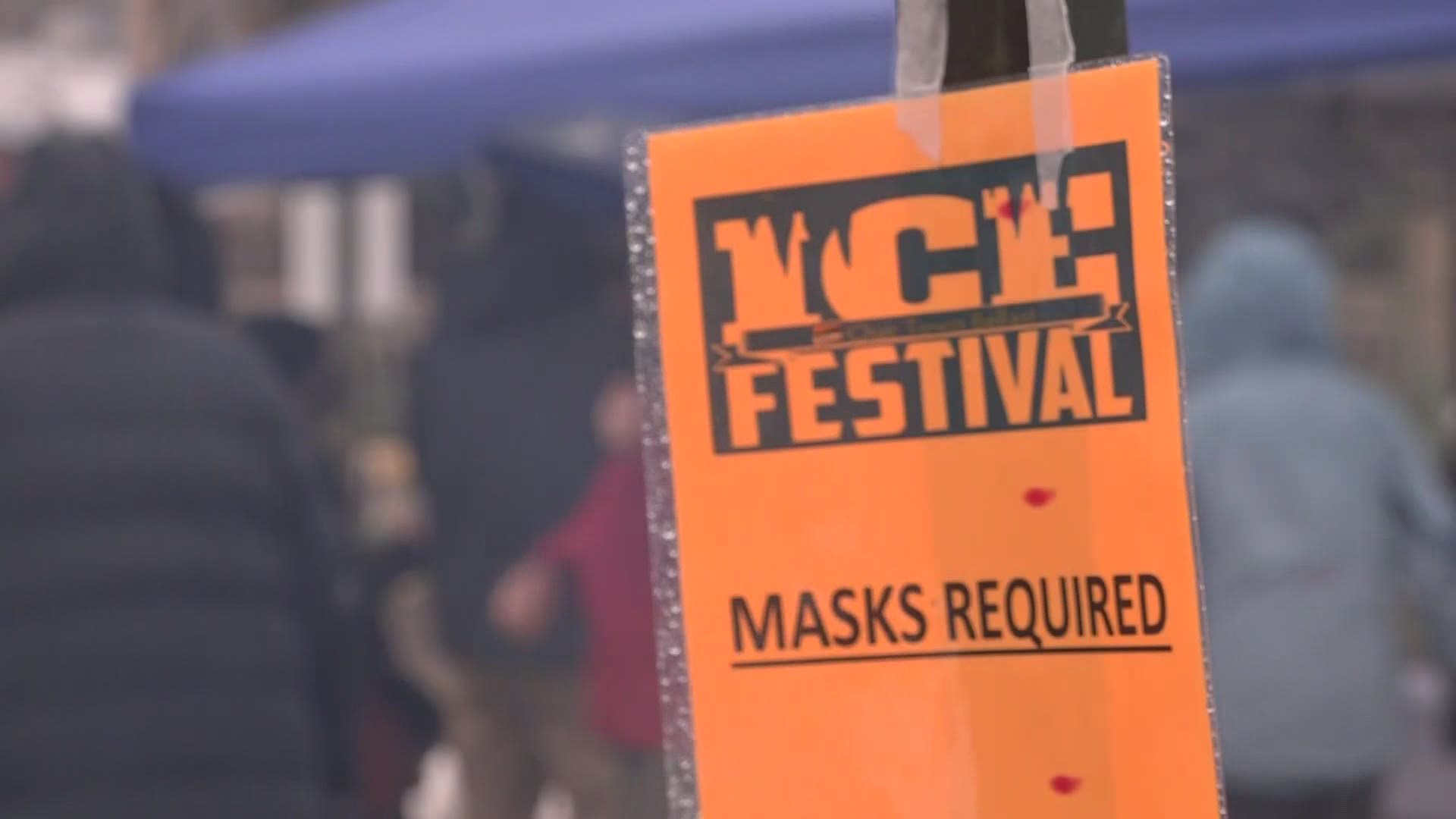 BELFAST, Maine — It was another winter weather day in Maine. In Belfast, residents saw rain, snow, and a whole lot of ice during the city's first-ever Ice Festival.

“We see a lot of folks here today that aren’t from Belfast but are getting to experience that community feel," Our Town Belfast Executive Director Zach Schmesser said.

The organization plans community events around the city and Schmesser said his team had to brainstorm ways to keep people safe and get them to explore downtown. The idea for the ice fest turned out to be a great success.

“I think the level of interest of folks to get outside is evident based upon the numbers we’re seeing," Schmesser added.

During the COVID-19 pandemic, Schmesser said many residents haven't gone outside or visited local restaurants or shops. The goal of Saturday's event was to get people outside and provide a good time for folks while keeping safety as the priority.

“It turned out not to be super small, the town is hopping, in a good way. Everyone has their mask on, everyone’s being safe, but everybody’s having a great time," Tina Delsanto said.

In a normally slow time of year, Delsanto mentioned how busy her restaurant and busy every downtown restaurant was Saturday afternoon. She added the festival was a great boost to the local economy.

Delsanto is on the Promotions Committee for Our Town Belfast and also owns Delvino's restaurant which happened to be the home of one of the ice bars downtown. Those ice bars and the ice sculptures around the city were made by Jesse Bouchard.

“I’ll be using chainsaws, power drills, all different kinds of woodworking equipment that was converted to ice," Bouchard said before his first ice sculpting demonstration Saturday.

Using slabs that weigh 300 pounds, Bouchard only needs an hour or less to turn a block of ice into a masterpiece. The first sculpture of the day was a photo-friendly Eskimo.

It took Bouchard years of experience to master this art form. He said he's been at it for more than two decades. While it may be a complex skill, Bouchard compares it to something more relatable.

“It’s much like playing the piano, you learn how to play a song first, you practice it a first time, and every time you practice you get better and better at the song," he said.

The ice sculptor and his son carved a few other designs to leave around town along with the live demonstrations and the ice bars. Bouchard's work drew the crowd of a few dozen people despite the wintery mix falling from the sky, but that's fitting for an event called an ice fest.

After this year's success, Schmesser is hopeful that the first Belfast Ice Festival will turn into an annual tradition.