'I was begging for a way out': The drug and overdose crisis continues to rise in Maine

Experts say the COVID-19 pandemic, isolation, inability to access affordable recovery services, and easy access to drugs are among many reasons 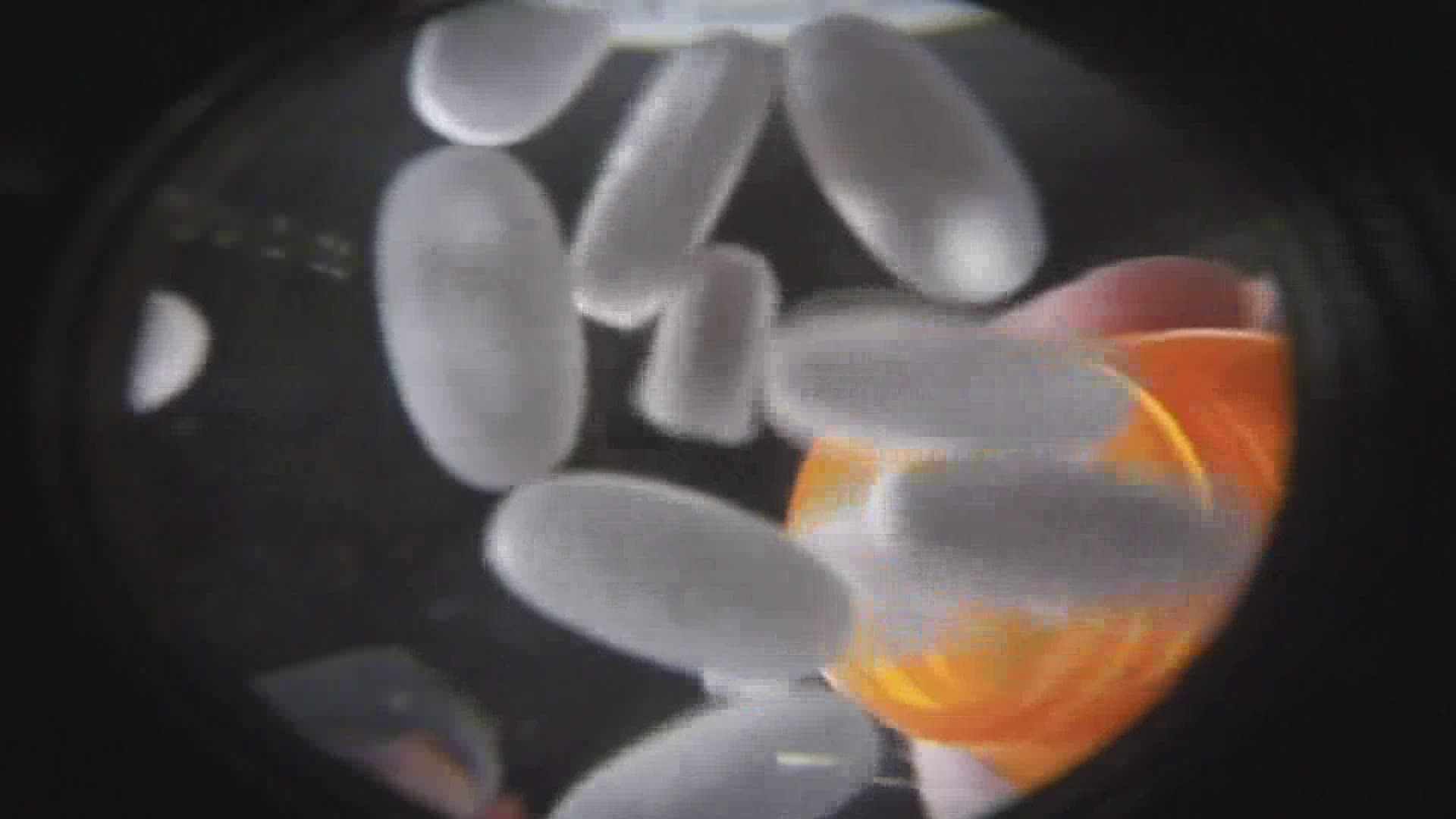 MAINE, Maine — Overdoses and drug-related deaths in Maine are spiking, with no end in sight.

Experts tell us there are many reasons for the increase, including the COVID-19 pandemic, isolation, an inability to access affordable recovery services, and easy access to drugs.

"For us, it's a daily thing," said Sgt. Wade Betters, public information officer for the Bangor Police Department. "We sometimes see spikes in fatal overdoses and overdoses in general. We suspect that it's heavily tied to access to cash."

Betters says people use drugs to prevent experiencing withdrawal symptoms, which is why more affordable facility treatments are urgently needed.

"She was very open about the fact that she had used some of her stimulus money to feed her habit, and was trying her best not to use the last of it on her drug of choice," he said.

After getting into some trouble with the law, Carrie Grondin was offered a treatment program as an alternative to prison. That program, she said, is saving her life.

"I didn't want to be in active addiction. I wanted out, and I didn't believe there was a way out," she said. "And you're in such a dark place, to get out of that place you feel like there is no way out. You feel like you are in hell and you are going to die, and so many people that are down in that deep hole, they just want to come out, but they feel there is no way out."

Grondin ended up homeless. She said she overdosed several times and lost all her belongings as a result of her addiction to meth and alcohol.

"I was on the streets here for nine to 10 months, and it was a nightmare," Grondin said. "I knew this was happening but it didn't matter because the first thing that had to be fed was my addiction."

Already this month, the Bangor Police Department has received 25 calls for overdoses -- four of which were fatal.

"Ideally our job in chasing the drug dealers around would be much easier if there were fewer users because they will not come here if they can't sell their product," Betters said.

Betters said many well-organized drug trafficking operations in the state operate just like a legal business.

"When tax season comes around and people get refunds or stimulus money, that's putting cash in the hands of some people that are actively using and suffering," he said.

"All of my money was going to drugs and alcohol," said Grondin.

Scott Pelletier is commander of the Maine Drug Enforcement Agency. Pelletier said most drugs are coming from outside the country.

"Quite often, the people we do come in contact [with] that suffer from substance abuse, we are that first line to get them into that sort of treatment before they hit rock bottom," said Pelletier. "We see it firsthand. There isn't enough treatment. There aren't enough beds."

Pelletier says there Maine needs to focus on prevention.

"They are coming from Mexico, so it would make sense to put more efforts into addressing that issue at the border," he said. "If law enforcement doesn't attempt to stop the drugs coming in, then there will be more and more available."

Pelletier says Maine is known to be "open for business" among dealers and buyers.

Bob Fickett, executive director at the Bangor Area Recovery Network, said recent recovery sessions have shown him how the potency of the drugs has increased.

"To the point where several Narcan kits have been used in some instances to bring somebody back from an overdose," said Fickett.

He adds the organization has been distributing a lot more Narcan and finding better ways to get the Narcan into people's hands.

Fickett says it all goes back to the need for recovery support: mental health, physical health, job opportunities, housing, food, and clothing.

"They need job opportunities, and recovery-friendly employers that's an important piece ... and affordable housing," he said. "All of those things have to be addressed to get somebody in a stable place."

Grondin is set to graduate from her recovery 'Drug Court' program in a few months. She has not used meth or alcohol since December 2019.

"I was begging for a way out and I didn't know how to get out of it. This program has been a blessing to me. It's given me a way out of addiction," said Grondin. "People hear addiction and they are just so disgusted about it, and a lot of people don't understand it, and I think that's a big part of the problem. There's a lack of compassion."

"We would like to see people break free from the burden of their addiction," Betters said.

If you, a friend, a neighbor, or a family member are battling with addiction, here is a list of resources in Maine that can help you get treatment and go through recovery.