A Knox County farmer organized the fundraiser to raise money for her neighbor and cherished community member. 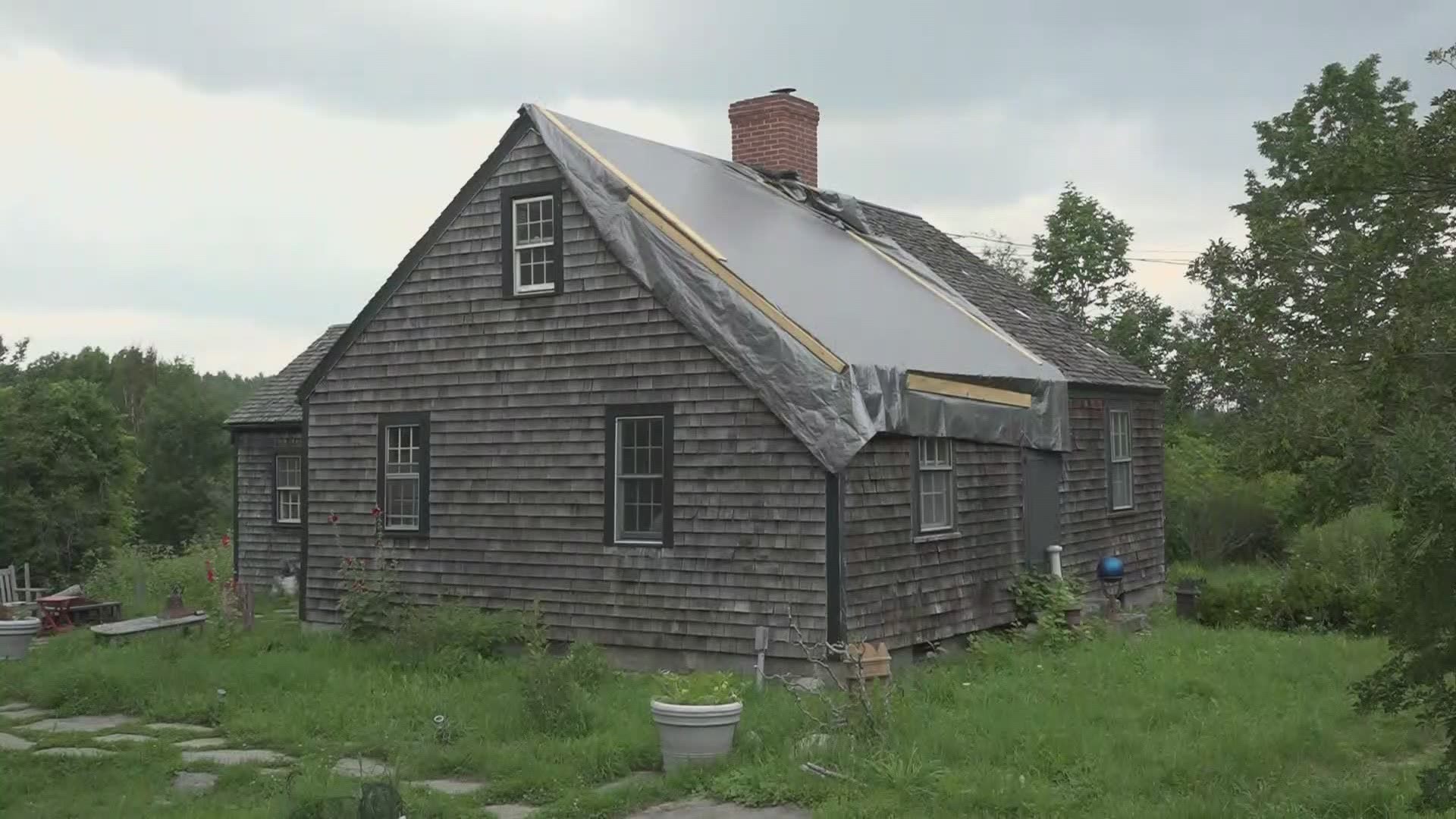 APPLETON, Maine — It can be hard to ask for help, but Mainers often don't need to ask because many times, their community steps in. For Cheryl Denz, owner of Terra Optima Farm in Appleton, that's exactly what happened. The roof of her home was in need of repair, but the funds weren't available.

Fellow farmer and friend Shelby Chadwick noticed her friend's battered roof. After some thought, she decided to take action. She chatted with some mutual friends about her idea to create a GoFundMe page to raise the money she would need for a metal roof. They agreed it was a good idea, so she asked Cheryl for her permission. At first, she said no, but after some thought, she agreed.

Less than a week later, her roof went from bad to worse. A heavy rainstorm swept through Downeast Maine, causing part of her roof to cave in. The damage happened right above her bedroom, destroying her light fixture along with her bed. Friends rushed to her aid that night boarding up a tarp to cover the hole left from the damage.

When neighbors caught wind that she had been sleeping on her couch with her two dogs, they came to her rescue. Days later, they showed up with a brand new bed for her.

Despite that setback, Cheryl said she is grateful for the rain Maine desperately needed, and even more so for her generous community.

Shelby said, "If you ask anyone in our community, they've been touched by Cheryl in some way. And you know, she's a gift to us, so I'm hoping this little gift will help her for years to come."

Cheryl said she will never forget what her community has done for her.

People can also donate directly to a bank account.
Checks can be made out to Cheryl Denz, in memo: roof fund, and sent to:
Camden National Bank
PO Box 135
Union, ME 04862