Campaign signs are often tossed out after an election, but one group is hoping to change that. 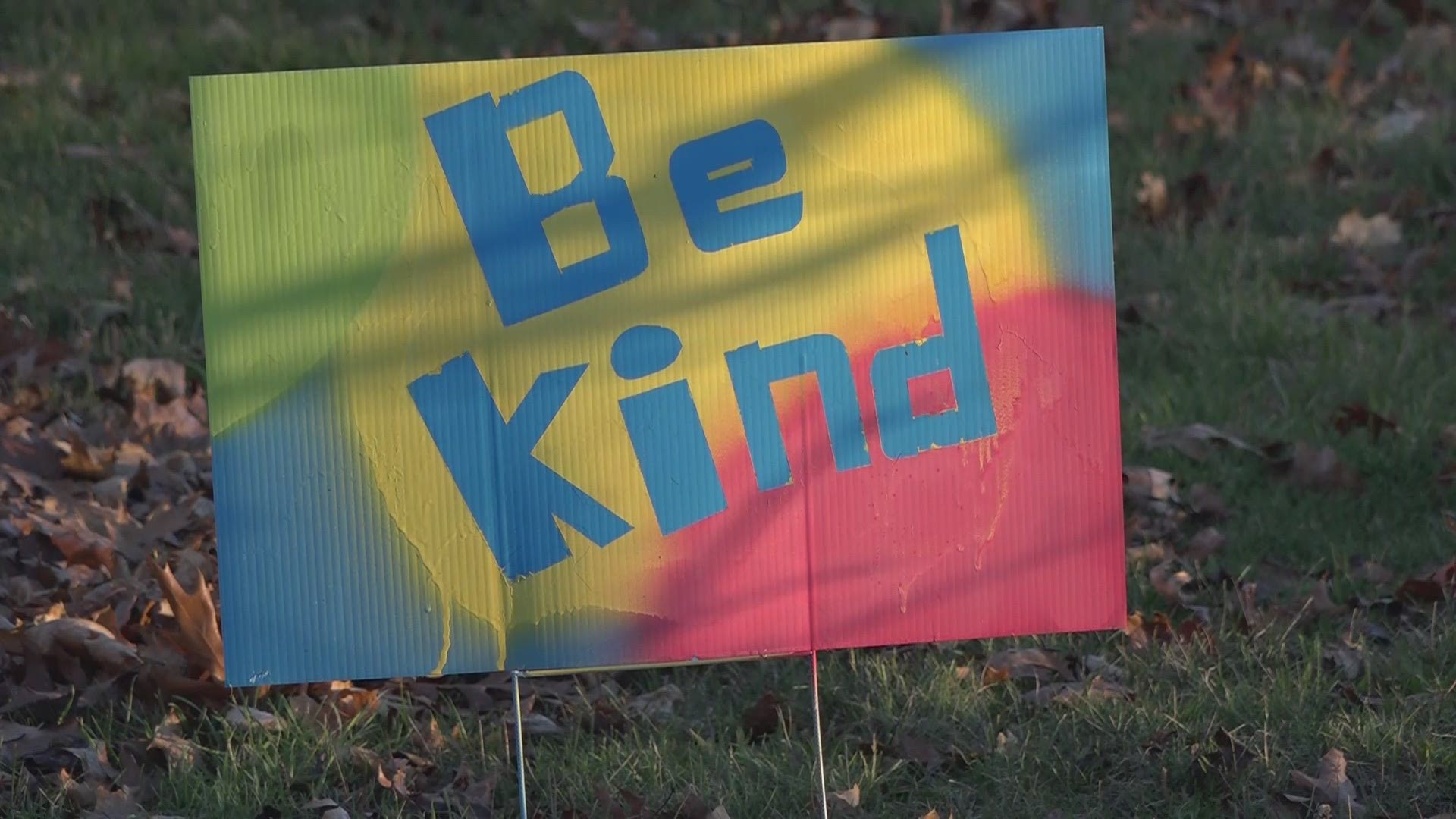 GARLAND, Maine — With election season over, Corinna Girl Scout Troop 1299 are collecting political yard signs and turning them into 'Be Kind' signs.

“There’s nothing better that we need to do right now with our country with everything going on to remind ourselves to be kind to one another," says Troop Leader Lisa Robinson.

Robinson says she got the idea to make 'Be Kind' signs one morning while listening to the radio. Her hope is to unite Mainers through kindness after a divisive political year in 2020.

Many of the Girl Scouts in Troop 1299 say they're excited to be a part of this campaign of kindness. "I think it’s really nice that we’re doing this. Plus, it shows how creative we can be,” said Girl Scout Hailey Poissonnier.

Other scouts believe the signs will help Mainers learn an important lesson. "I think it's going to teach some people and remind them to be kind and stuff," says Girl Scout Ella Young.

Girl Scout Troop 1299 is looking for some campaign signs, but not for any political reason. I’ll tell you how they’re spreading kindness in their communities this morning on ⁦@newscentermaine⁩ #wakeMEup pic.twitter.com/TjHgwGKVIA

Once the election signs are refurbished they’ll be given back to anyone who wants one. "We just want to give them back to people," added Robinson. "We don't want them to pay for them. We just want to get them back out to the community."

You can donate your political yard signs by emailing Lisa Robinson at lisarobinson1@myfairpoint.net.