The Ramada Inn in Bangor has been temporarily operating as a homeless shelter. Additional federal funding could keep the shelter open through the end of the year. 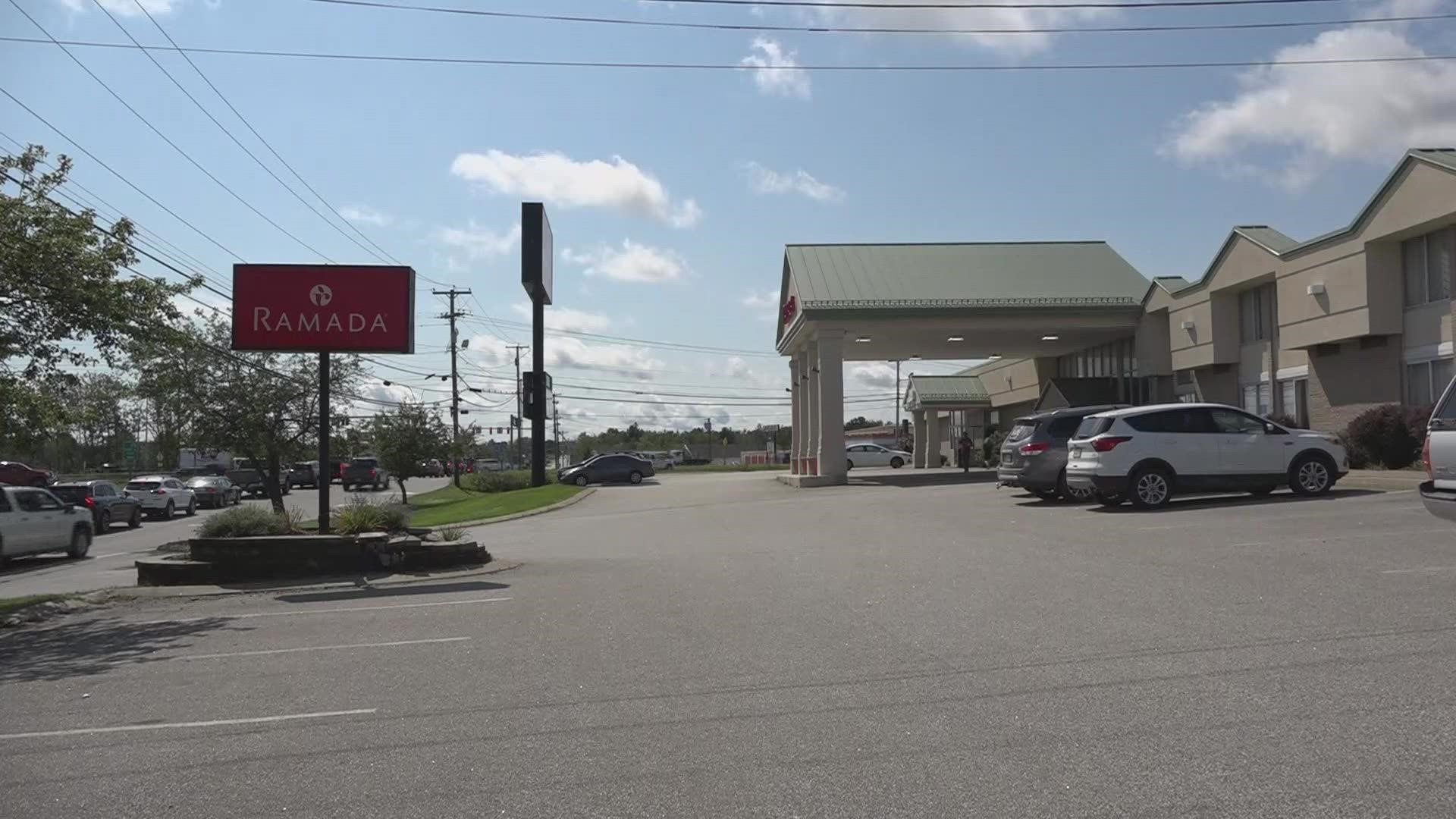 BANGOR, Maine — A Bangor hotel has been operating as a homeless shelter throughout most of the pandemic. The Ramada Inn on Odlin Road is being leased by the Maine State Housing Authority while Penobscot Community Health Care is running it. The temporary housing facility had been set to end on September 30.

Last month, President Biden announced additional funding would be granted by the Federal Emergency Management Agency (FEMA) to these emergency housing facilities through the end of the year.

Bangor Interim City Manager Debbie Laurie said it still has not yet been determined if they will choose to use the grant to continue operating the homeless shelter at the Ramada Inn. She said the city is discussing plans now that more funding has become available through the end of the year.

"We are meeting as a group weekly to try to keep on top of that. Because we do realize that time is of the essence, not only for the guests that may be impacted, for the community members that may be impacted but for everybody's operational plans as well," Laurie said.

The temporary shelter was first put in place when social distancing requirements resulted in a lack of space at the Hope House, forcing officials to come up with a new place to house people experiencing homelessness.

Laurie added the city is highly aware of the September 30 deadline that is fast approaching, and they are working with all parties involved to decide if the Ramada is the best solution to the emergency housing problem. A final decision is expected in the coming weeks.