Falmouth couple raises money for food pantry with their heart-work

Since the pandemic started the Tolford's have sold more than 300 hearts raising more than $16,000 to fight hunger in Maine 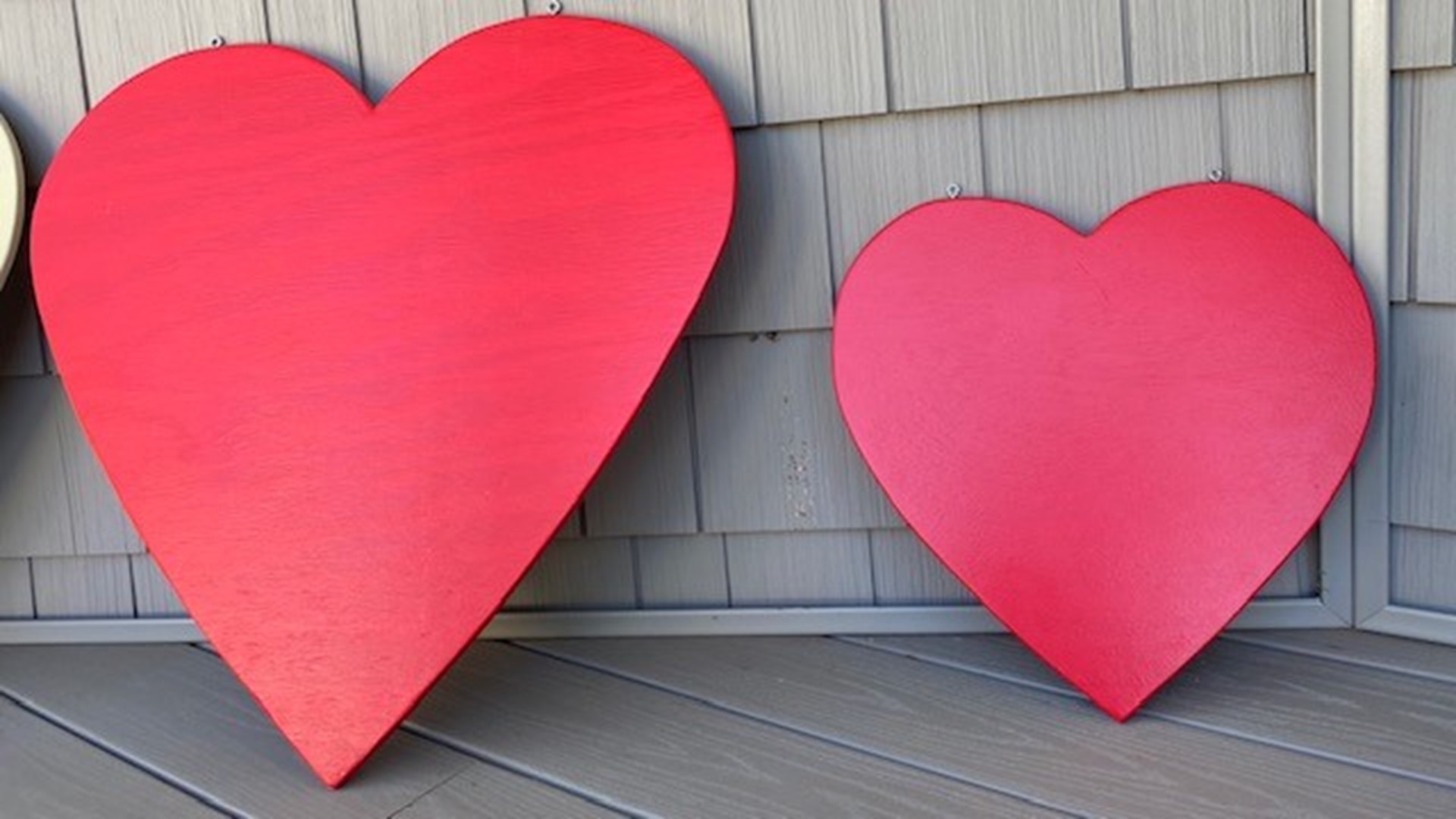 FALMOUTH, Maine — When the coronavirus pandemic reached Maine in March, a group of people in Falmouth formed the Falmouth Heart Committee.

The group wanted to raise money for the town's food pantry which serves residents in Falmouth and the surrounding towns of Yarmouth, Cumberland, Portland, and Westbrook.

The idea was to make and sell hearts for people in the community.

Tim Tolford, an artist, was asked to join the group.

And since March, he has been cutting pieces of plywood into hearts, coating them with enamel and painting them bright red, all in an effort to raise money for the Falmouth Food Pantry.

"It's not as big as some of the other towns, but it's necessary for Falmouth residents as well as locals in surrounding towns" said Tim Tolford.

Their project has taken off. Tim's wife Kathryn handles all of the orders.

"We are flabbergasted. Everyone has been so generous, our neighbors, friends, it's just grass roots," Kathryn said.

Tim said the hearts are all around the neighborhood and then some. There has also been a sighting in Boothbay Harbor and one in Maryland.

"You drive around town, drive into some neighboring towns and you'll find these hearts. We've got somewhere over 300 of these out in the community."

And not just red hearts. A neighbor asked Tim if he could make one with the 1901 State of Maine Flag. He did, and it's a hit.

"Couple of neighbors said ohhhhhhh can I have one of these, I made a few, made 5, made a dozen. Now they are the big seller."

One-hundred percent of money raised goes directly to the food pantry. As far as the cost of the materials, the Tolfords say that's their gift, along with their time.

"No one should be hungry," Kathryn said.

It's that reason why Tim puts his heart and soul into making the one of a kind creations.

"I'm very pleased it brings a little bit of joy to them during this trying time," Tim said.

They are works of art that have captured the hearts of so many.

For more information about the hearts and how they can be purchased email Kathryn Tolford at ktolford@gmail.com