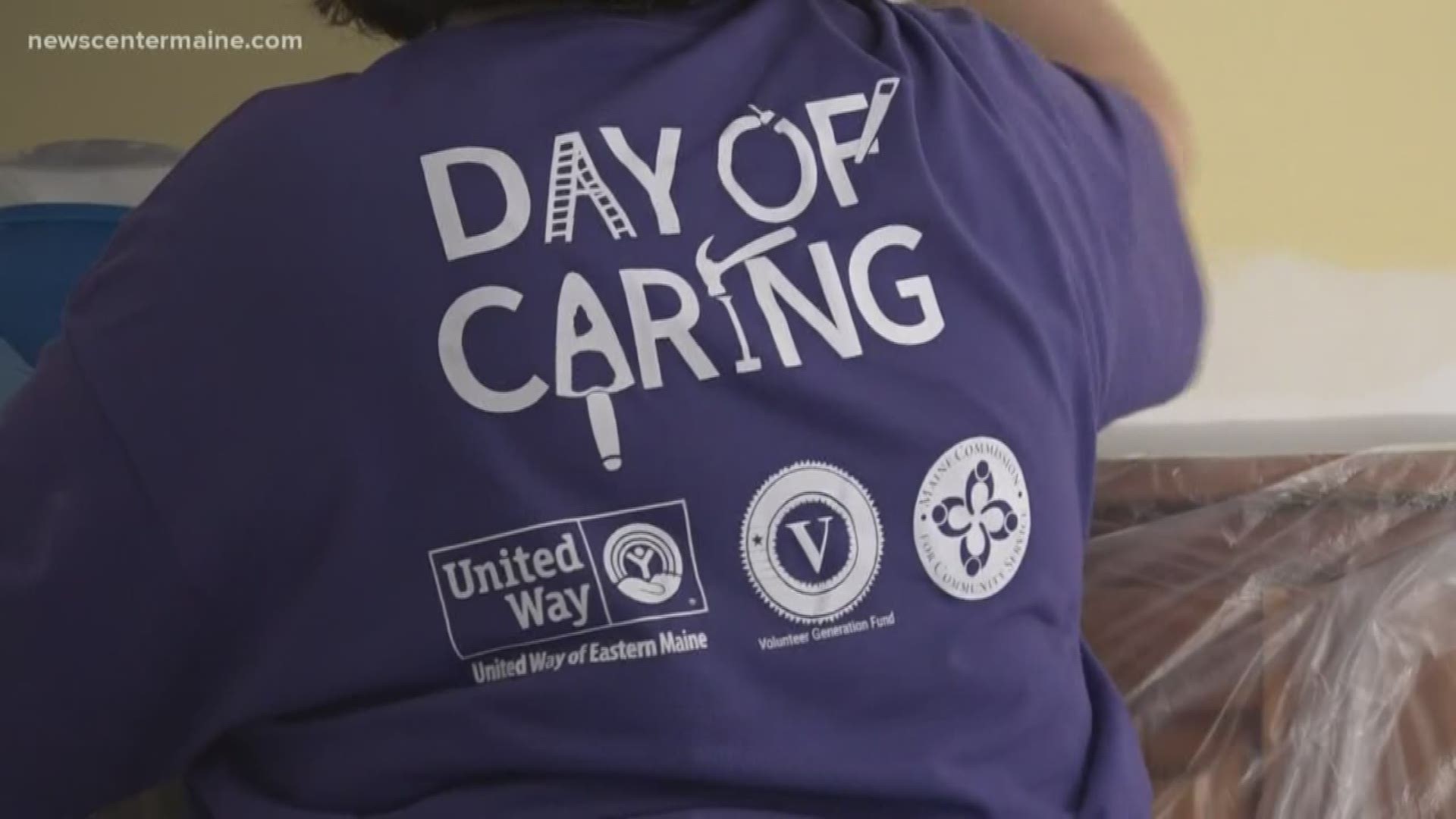 BANGOR, Maine — Skies cleared up today just in time for the semi Annual United Way of Eastern Maine Fall Day of Caring. The main goal was to do good in the community by completing a project that serves people in need. There were three volunteer projects where members of The United Way of Eastern Maine did community service. Dover-Foxcroft, Ellsworth and the greater Bangor area.

The project in Dover-Foxcroft was at the Piscataquis Regional Food Center. Volunteers spruced and cleaned the outside of the center in order to create a welcoming space for people that receive food assistance.

Rod Willey is a Board member of the Center. He says the inside is very welcoming but today they are focusing on making the outside attractive.

"It’s a long process with a lot of volunteers, I think one thing I'd like people to know is most of the work that happens here is out of the goodness of people’s hearts, it's a lot of good community interaction that's coming together," said Willey."

The Fall Day of Caring continues in Ellsworth, where the United Way is teaming up with Families First Community Center. Volunteers, there are working both inside and outside to get the facility ready to open. Families First are going to be a residential location for homeless people to stay with their children.

The United Way Fall Day of Caring project in Bangor focused on smoke detectors.
Teams gathered at the Red Cross Center in Bangor, where they collected smoke detectors and then they headed to homes in the greater Bangor area where they installed them for people who can't afford or can't install them on their own.

"If your house catches on fire, you have less than two minutes to get out of your house, if you're asleep and you don't wake up you may not survive a home fire. So, we want to give folks the time to get out of their house, in that two minutes," said Caroline King from the American Red Cross of Northern and Eastern Maine.