The assistant coach invited the crowd down to the prayer circle, players gathered, then the cheerleaders joined in and before you knew it, 99% of the gym joined in 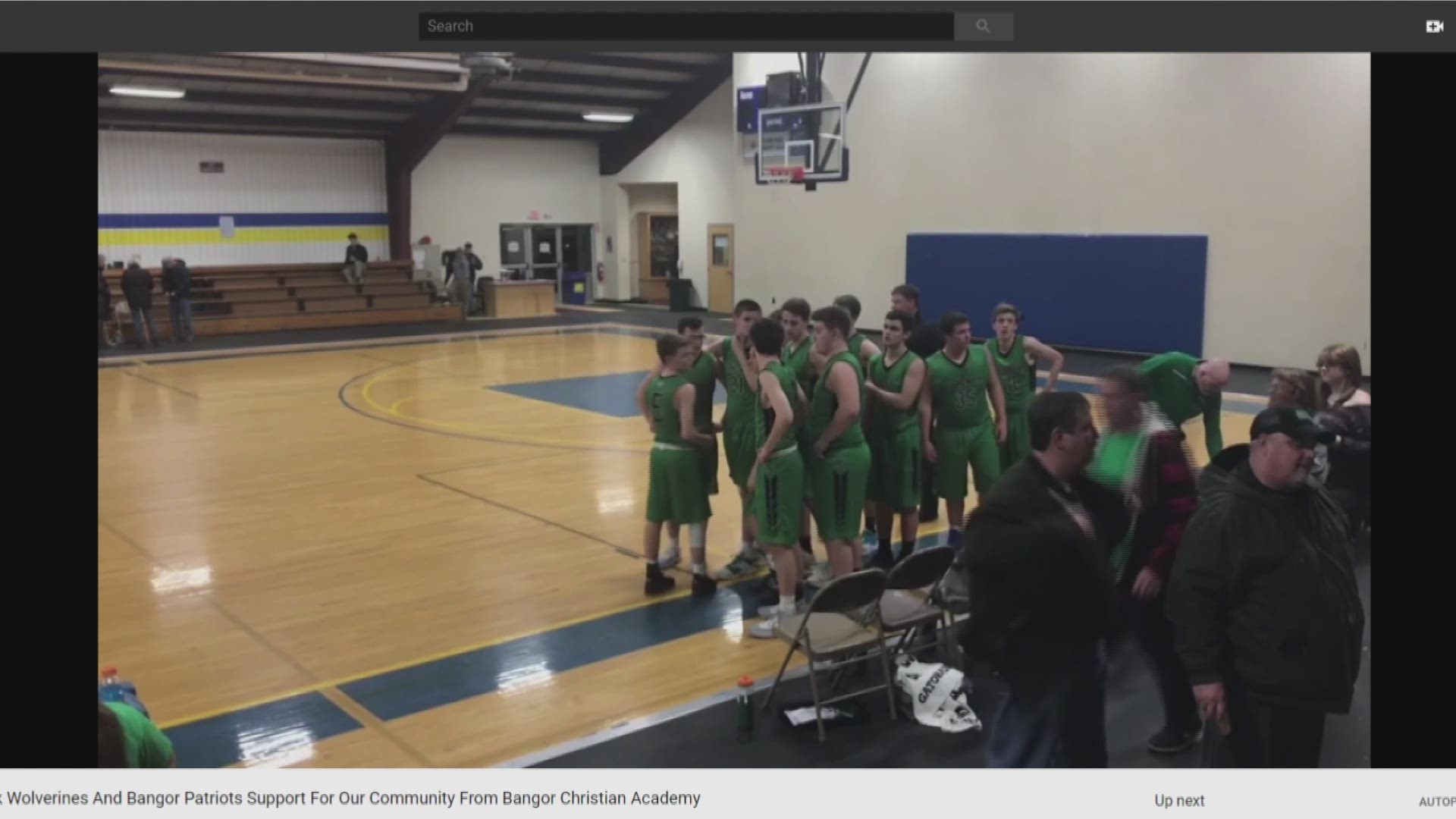 BANGOR, Maine — A special moment was captured during a recent high school basketball game in Bangor.

Staff at the Bangor Christian School routinely hold a prayer circle at their games but those circles are fairly small with just the players who want to participate in them.

Last Wednesday at a game between Bangor Christian and Schenck High School, the staff decided to include those who wanted to support the family and community of freshman who was killed in a tragic gun accident just before Christmas.

Gage Hale, a student at Schenck, was killed in an accidental shooting apparently while cleaning a gun.

Credit: NCM
Gage Hale gofundme page has been set up to help the boy's family.

When assistant coach, Phil Robinson invited the crowd in the gym down to the prayer circle at center court, the players gathered, then the cheerleaders joined in and before you knew it, they said 99 percent of the entire gym had joined in.

Bangor Christian Athletic Director Jon McAllian said, “I have not been a part of a game where fans got involved in the prayer, so this would be the first.”

Gage’s uncle Michael Hale said, “The family is trying to heal and this was a very nice moment after the basketball game.”

McAllian added that it was nice that two communities could come together to support the family and community who are grieving.

A GoFundMe has been set up to help the boy's family.