Despite many health issues and being on a wheelchair, swim coach inspires student athletes

A heart attack, removal of cancerous tumors, diabetes, flesh-eating bacteria and lost half of his leg hasn't stopped this coach from leading 28 students. 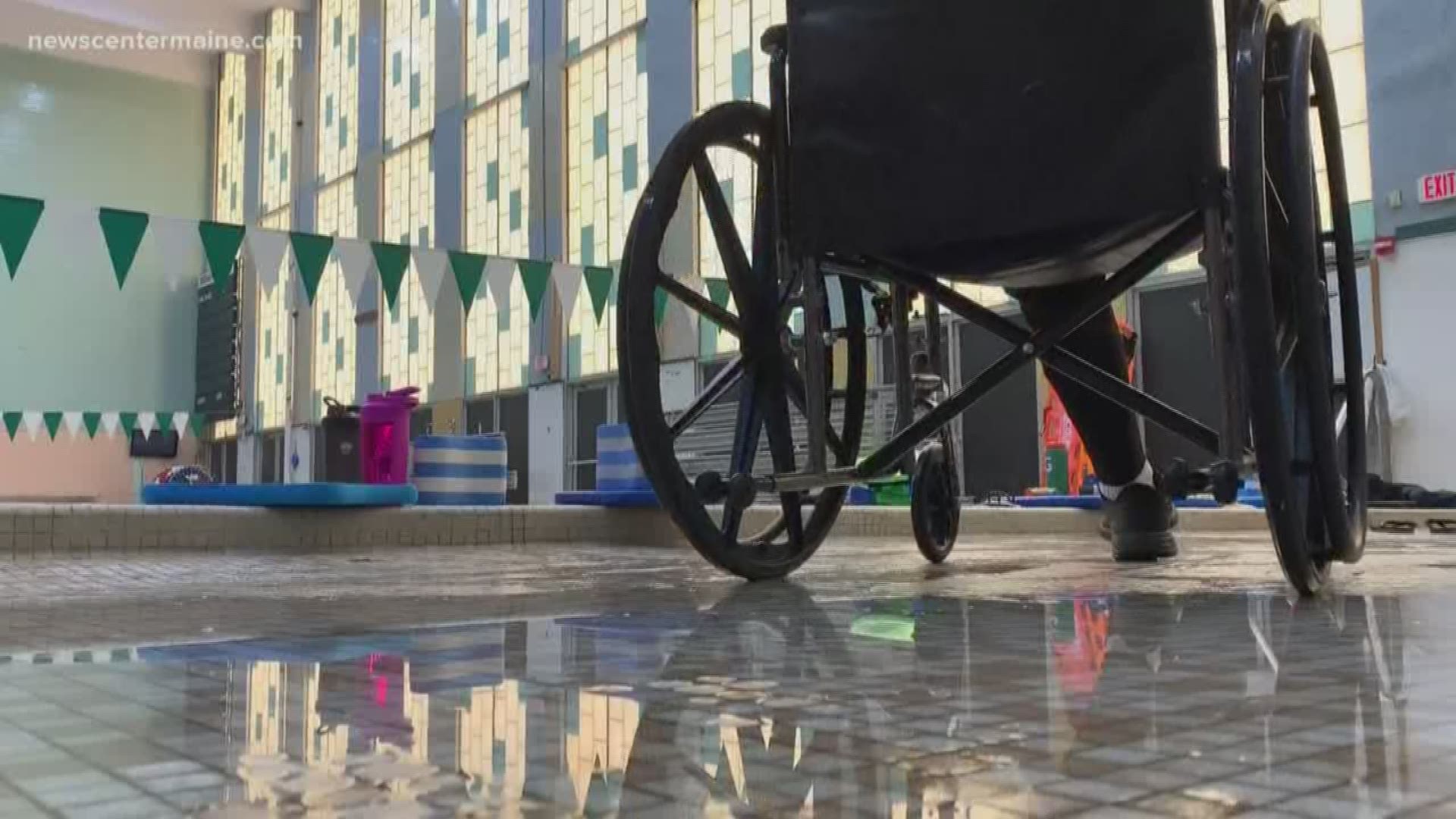 BANGOR, Maine — It's a big day for the Husson University swim team as it heads to Boston to the Great Northeast Athletic Conference championships. 19 women and nine men are excited to give it their all this weekend. This year, the team is expected to do very well as swimmers have trained tirelessly all year long.

But there is something that makes this team of student-athletes extra special, something that has nothing to do with anyone in the pool: their head coach, Butch Babin coaching every weekday from his wheelchair. In that chair after a heart attack, removal of cancerous tumors, diabetes...

"And then all of a sudden I lost my leg," coach Butch said.

But that hasn't stopped him from being every day to lead his 28 student-athletes.

"Obstacles have constantly been thrown at him but he's overcome them and he's come back stronger each time," student Thomas Cote said.

"Working with young kids is my passion," Coach Butch said. "Teaching these young kids that no matter what life throws at you, with perseverance and dedication, you can accomplish your goals."

"He's inspired me a lot because he still comes here for us," student Ellie Clarke said.

"It was hard, I mean it was like...I don't know if I can come back from this," Coach Babin said.

He said his students are the main reason he gets stronger.

In and out of the swimming pool, he feels like more than a coach, more like a father figure to them, knowing many of his students since they were eight years old.

"Entitled to nothing grateful for everything," Cote said.

That's coach Babin's motto and main phrase that he lives by every day and constantly repeats it to his students. Teaching them to push themselves whenever adversity comes their way.

Coach Butch is waiting for his prosthetic leg and said he is excited about the possibility of standing up again.

He said he has overcome many of his health issues because of the support system he has had, helping him in his ups and downs. Coach Butch has been a professor at Husson University for 15 years now, and even the university helped him by building wider doors to his office to make him feel comfortable.