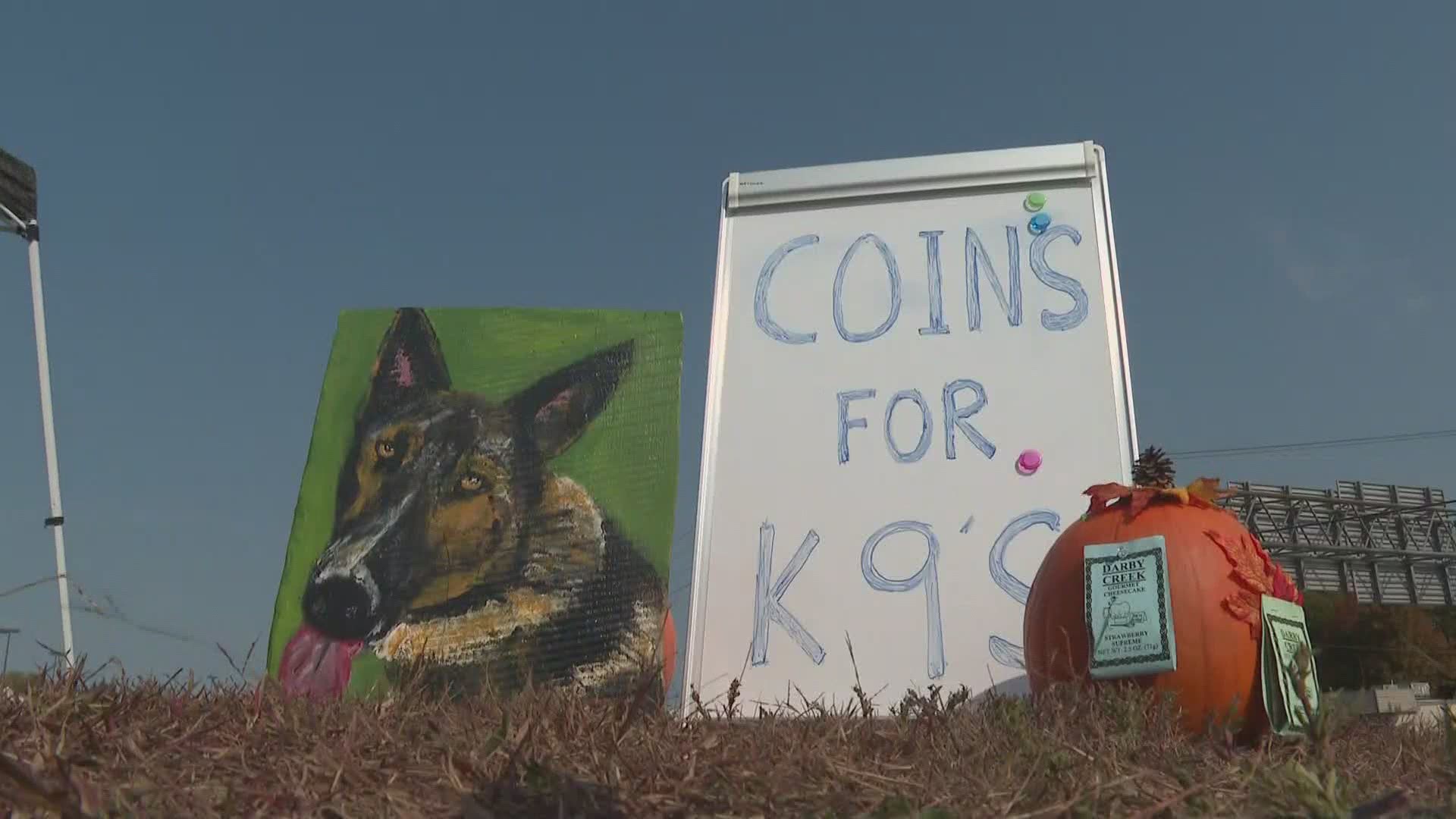 AUBURN, Maine — An Androscoggin County woman has been collecting bottles as a fundraiser for Maine police stations for about three months.

Mary Bunnell has worked to raise money for the Androscoggin County Sheriff's Department before, but she wanted to do something for its K9, Sampson.

Sampson and Payne work with their handlers. Sampson in Androscoggin County and Payne at the Lewiston Police Department.

Both dogs are named after officers who were killed in the line of duty.

Bunnell uses the donations she receives to give to Peyton's K9s.

Peyton's K9s was started by a 9-year-old girl in Pennsylvania who wanted to help police dogs in her community.

The kits include, "anything you'd find in a normal med kit for a person, would be in there for the dog," Deputy Victor Barr said. Barr works at the Androscoggin Sheriff's Department.

‘Coins for K9s’ is underway in Auburn all day today. The organization raises money to provide medical kits to K9s all across Maine #NEWSCENTERmaine pic.twitter.com/oH4YIlIbaW

Barr and his K9, Sampson, have been working together for about eight months.

"It's been a lot of work. We spend countless hours every single day," Deputy Barr said.

Sampson already has his medical kit, but many other K9s in Maine don't.

"I found out that there's a unit of 30 K9s in the state that need medical kits," Bunnell said.

She's working to provide as many kits as possible to K9s all over Maine. She will continue to collect bottles and donations.